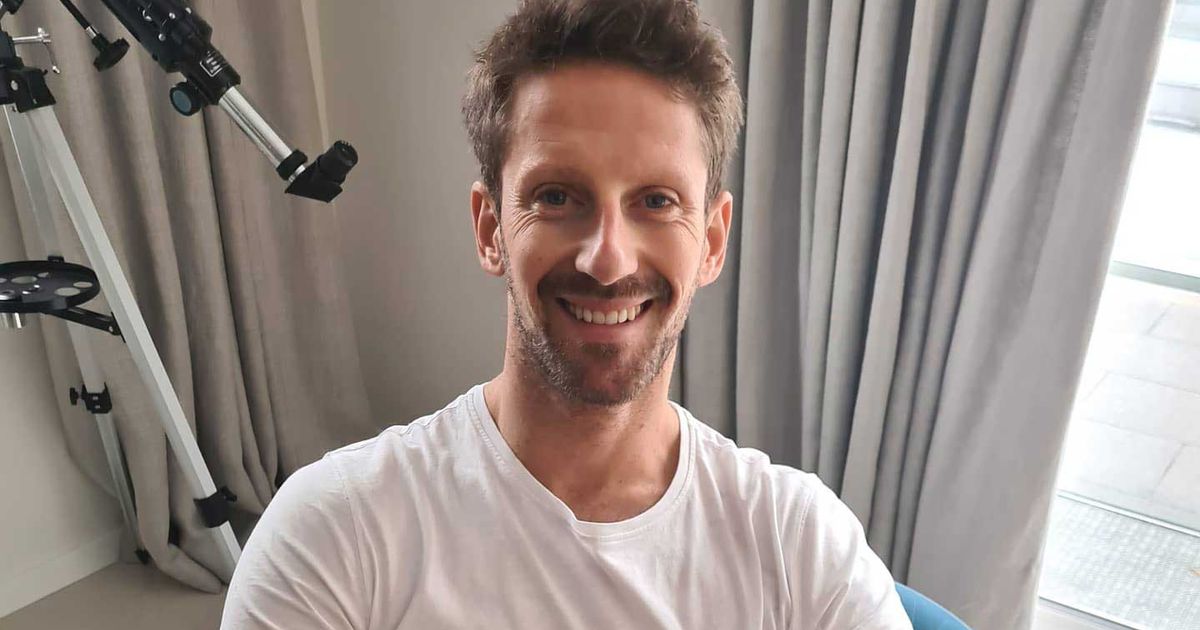 Romain Grosjean has showed his hands finally free of bandages, six weeks after he climbed from the wreckage of his car in an horrific fireball accident at the Bahrain Grand Prix.

The 34-year-old, who has now left Formula One, suffered burns to both hands when his Haas car split in two and erupted in flames after piercing a metal crash barrier.

The Frenchman has been recovering at home in Switzerland since leaving hospital three days after the accident, missing the last two races of 2020.

"Dressing fully off and Petrus happy," he said on Twitter above a picture of him cradling the family pet cat and another close up of his hands.

Grosjean's Haas erupted into flames when he penetrated a steel barrier at 140mph on the opening lap of the Bahrain Grand Prix on November 29.

The French driver, 34, scrambled to escape his burning cockpit for almost half-a-minute before he was airlifted to hospital.

Grosjean was forced to miss the final two races of his career following the injuries he sustained in the accident.

Formula One's governing body, the FIA, expect to complete its investigation into Grosjean's crash by the end of this month.

Last month, the French driver relived his horrific 140mph crash, admitting that he accepted he was going to die after his car burst into flames.

Speaking to Sky Sports, he said: ""I looked to my right, looked to my left, and it was all orange. That's strange, I thought. A few things [came into my head]. Is it sunset? No. Is it the light from the circuit? No. Then I realised it was fire. So I knew I didn't have time until they come.

"So I tried again, I'm stuck. And then comes the part which is the most scary one. I sit back down, all my muscle relaxes, and I was almost at peace with myself, thinking, I'm dead. I will die."