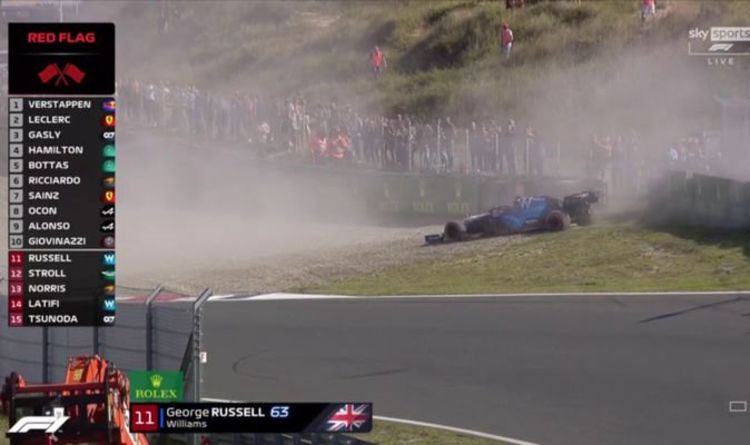 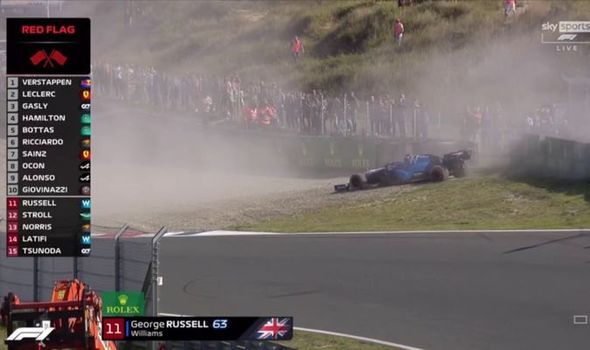 George Russell span into the barriers during the Dutch Grand Prix qualifying, denting his hopes of finishing high up the grid. The Williams star secured his first ever podium last weekend as he secured a controversial second place at the rained-off Belgian Grand Prix.

Russell was looking to build on those points but went spinning across the gravel when on a flying lap.

Russell was three tenths up on 10th-quickest time so had a strong chance of making it into Q3 has he not hit the barriers.

He was able to drive the car back to the pits while the red flag was waved and Q2 was suspended.

“Just pushed it too hard in the last corner,” Russell said over the team radio.

Williams engineers raced to get Russell’s car ready to finish the second qualifying session, of which there was three minutes and 54 seconds remaining.

However, they were unable to get the 23-year-old back on the track in time.

Moments after the race resumed things went from bad to worse for Williams as Russell’s team-mate Nicholas Latifi smashed into the wall.

That brought Q2 to a premature end.