The ABB FIA Formula E Championship was back with a bang this weekend as Maximilian Gunther took a stunning win around the streets of Santiago. The 22-year-old German fought his way through to the front and seized a last-gasp victory ahead of Antonio Felix da Costa and Mitch Evans.

The all-electric series made a welcome return in Chile following an extended winter break, having opened the season with a double-header in Saudi Arabia last November.

Brits Sam Bird and Alexander Sims stood on the top step in the Middle East, but it was Sims’ BMW team-mate Gunther who tasted the champagne in Santiago.

Meanwhile, Stoffel Vandoorne displayed his impressive consistency once again and the Mercedes star finds himself leading the Drivers’ Championship after a third-consecutive points finish.

But it was another weekend to forget for reigning champion Jean-Eric Vergne, who experienced his second DNF of the season to leave him with just four points after three rounds – but what did we learn from the Santiago ePrix? 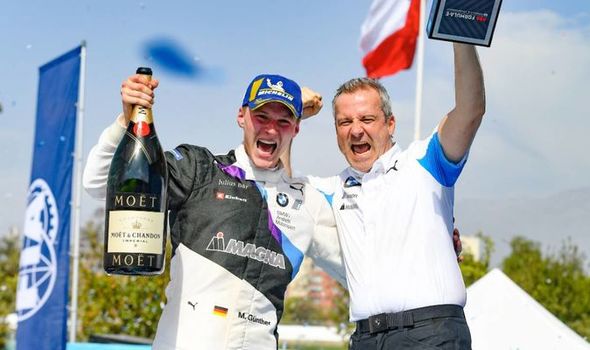 BMW sped home to their second victory of the season following an outstanding drive from Guenther – who now holds the accolade of youngest Formula E race winner.

Few would have chosen the 22-year-old, who was dropped by former team GEOX Dragon Racing three races into his electric racing career last season, as a potential title challenger but he showed just why BMW took a punt on his talent with a dramatic last-gasp victory in Chile.

DS Techeetah’s Da Costa looked to have snatched victory from Gunther in the final minutes following a close, controversial overtake, but the youngster regained the lead in the dying moments of the race as his Portuguese rival suffered an overheating battery.

On a day when track temperatures soared to 40 degrees, Gunther kept a cool head to claim his first win and break a 609-day duck for German winners in the all-electric Championship.

Brits struggle but still in the hunt

Gunther’s team-mate Sims was leapfrogged at the top of the Drivers’ Standings by Vandoorne after a collision with TAG Heuer Porsche ace Andre Lotterer meant the Brit was one of seven retirees – a record – in the race.

Sims suffered from a dirty track in qualifying, leading him to start the race from 15th on the grid, although no driver from Groups One of Two made it into the Super Pole shootout.

Nissan e.Dams pilot Oliver Rowland suffered a big crash in qualifying to leave him lagging at the back for most of the race while Britain’s most successful Formula E driver Bird could only finish 10th on a tricky afternoon where his chances of a podium went up in smoke following two separate incidents.

But the Envision Virgin Racing star remains third in the drivers’ standings, just 10 points off Vandoorne, and with no major title rivals taking advantage with a podium the championship battle and the chance to lift the trophy in front of home fans in London is still wide open. 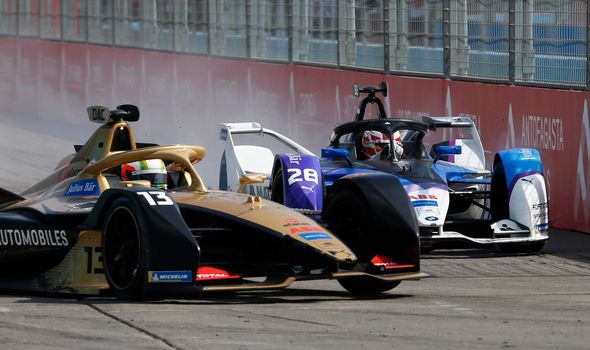 One man still waiting to get his title tilt up and running is defending two-time champion Vergne, with the Frenchman hunting for his third consecutive crown.

Things were looking promising early on after fighting his way into third place from a starting position of 11th, but things turned sour as front wing damage slower his charge.

Vergne’s refusal to pit despite the damage caused visibility problems for teammate da Costa, much to the latter’s frustration.

However, the Frenchman was soon forced out of the race anyway following a puncture in his front-left tyre, leaving the champion with a lot of work to do this season.

Fans were treated to the most exciting qualifying session of the season with drama from the very first moments as Rowland went hard into the wall during Group 1, leaving parts of his car scattered across the track.

Lucas Di Grassi slowed expecting a red flag which was never forthcoming, resulting in some choice words over Audi Sport ABT Schaeffler radio as the former champion was forced to start at the back of the Santiago grid for the second year in a row.

Felipe Massa made his first Super Pole of the season for ROKiT Venturi Racing and started fourth after remarkably posting exactly the same lap time as Pascal Wehrlein, but it was Panasonic Jaguar Racing star Evans who took pole position 0.275 ahead of Gunther in second.

The Kiwi driver has exploded into a consistent front-runner ever since the sacking of Nelson Piquet Jnr last season and was untouchable both in qualifying and Super Pole – posting fastest times in both. 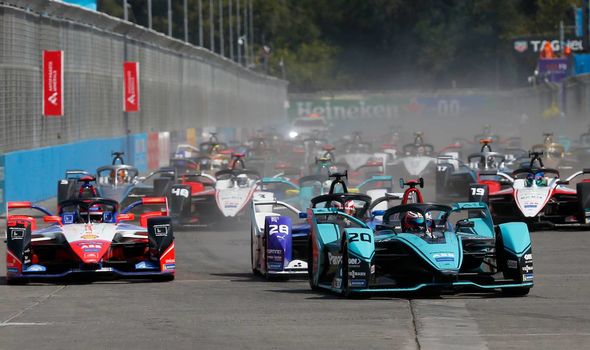 No love lost between team-mates

Evans’ failure to convert his pole into a win saw him admonish team strategy over radio, saying the team had ‘shot ourselves in the foot’, but on a day which saw plenty of internal team incidents a podium might see the Kiwi reflect that perhaps things weren’t so bad after all.

A dirty track played a crucial part in a dramatic race and the soaring temperatures clearly went to the head of some drivers, with Venturi team-mates Massa and Edoardo Mortara colliding.

The ex-Ferrari man was forced into the wall and lost two places – angrily gesticulating immediately afterwards – while Da Costa tussled with Vergne after the Frenchman’s wheel blew up and obscured his vision for a lap.

Da Costa was involved in further drama following his controversial overtake of Genther in the last few minutes of the race, but the German was able to regain the victory and avoid any bitter taste during the champagne celebrations.