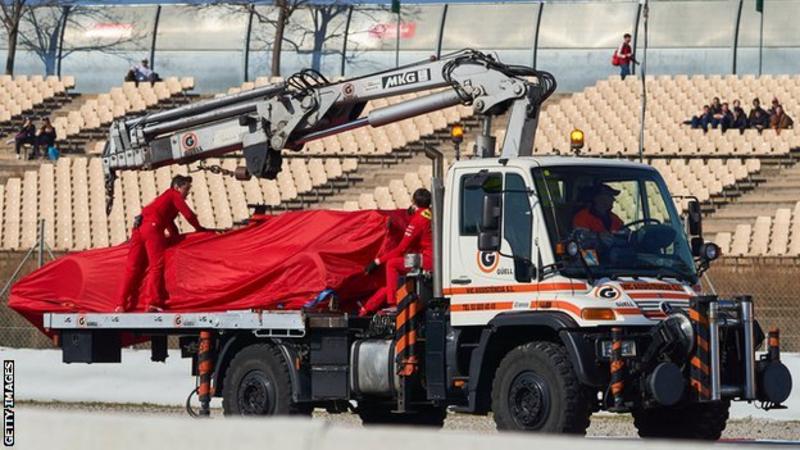 Ferrari say they are lagging behind rivals Mercedes and Red Bull at the halfway point of pre-season testing.

The admission from team boss Mattia Binotto came as Sebastian Vettel suffered the first mechanical failure of testing with an engine failure.

Binotto said: “I am not as optimistic as last year so it means the others are faster than us at the moment.

“How much faster it’s really difficult to judge. We will go through all the data.”

The first of two three-day pre-season tests came to an end on Friday at Barcelona’s Circuit de Barcelona-Catalunya with Mercedes drivers Valtteri Bottas and Lewis Hamilton topping the timesheets.

Bottas set the fastest time of the winter, 0.8 seconds quicker than Hamilton and well over a second quicker than anyone else managed.

The Finn said: “We’re only halfway through the testing and I can say it has been a good feeling, no massive balance issues with the car, the behaviour has been pretty good, and I feel we’ve made good improvement every day with the car and that was the goal.”

Vettel was 12th fastest overall after suffering an engine failure midway through the morning session that curtailed his running until the afternoon.

Ferrari have focused on producing a car with more downforce this season after lagging behind Mercedes for much of 2019, in which they Italian team could win only three races.

“I’ve seen certainly Mercedes, and Red Bull, very fast in these first days. But I think we will assess the true performance only next week or in Australia. And that will be true performance to start the season with, knowing that 22 races are very long and everything may change.”

The second pre-season test is at the same track from 26-28 February.

Binotto emphasised that Ferrari had changed their approach to pre-season testing after their strong form last year did not translate into a competitive car at the start of the season.

“We changed the approach to testing so we focused the first sessions on trying to map the car in various aero and mechanical configurations without really trying to optimise the set-up and look for overall performance,” he said. 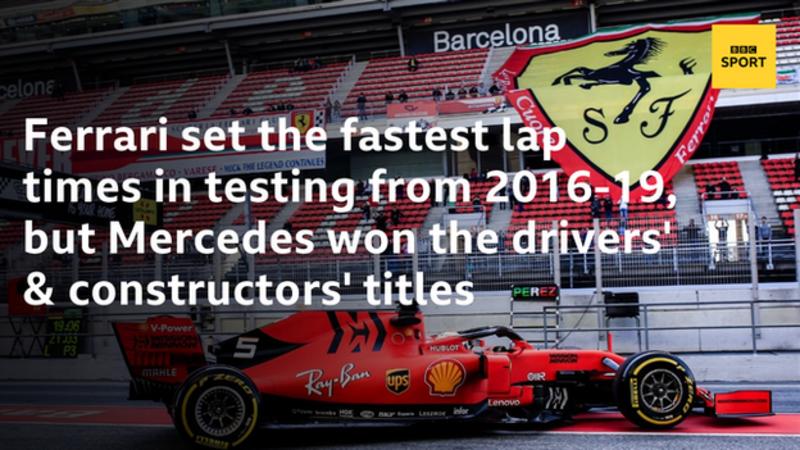 “On the other side it is true that last year at this stage I was more optimistic because the lap time was easier to find.

“While if it is true we did not focus on set-up work or performance, it seems it is more difficult. The competitors apparently are very strong but we should not forget the story of last year and let’s wait until next week and Australia to better understand the true picture.”

However, Binotto also admitted that Ferrari did not have any major upgrades planned for the car before the first race in Australia on 15 March.

“It will not differ much,” said Binotto. “(No big upgrades) for Australia – but the potential is there so it’s about optimising the current package and then developing it.”

Ferrari were not the only team to suffer reliability problems on Friday.

Haas driver Kevin Magnussen had a light crash at Turn Eight when a wheel spacer failure led to a broken wheel and a puncture, which ended his running mid-afternoon.

And Renault’s Daniel Ricciardo, whose team-mate Esteban Ocon was third fastest on the day, stopped on track with just over an hour to go of the afternoon session.