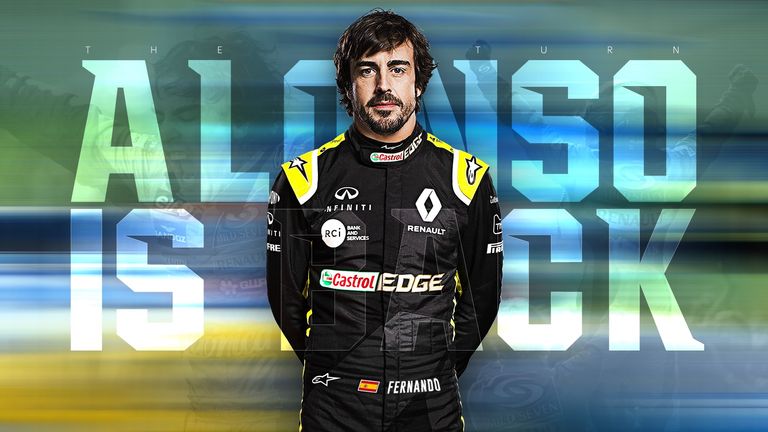 Formula 1 can expect a “new” Fernando Alonso to return to the sport in 2021, Renault boss Cyril Abiteboul has said, with “toxic” episodes from the past left behind.

Alonso, the double world champion, is making a comeback aged 39 next year with the team he won his two titles with, after spending two seasons off the F1 grid competing in other motorsport.

In an interview with Sky Sports News, Abiteboul declared: “I also feel it’s a new Fernando, who will come to race in a new Formula 1.”

As well as being regarded as one of the most talented drivers in F1 history, Alonso has also been considered as one of its most political too. And the Spaniard’s last stint in F1 with McLaren often proved turbulent amid the team’s big struggle for competitiveness with Honda engines in 2015-2017.

But, after time away from the often “toxic” nature of the sport, Abiteboul believes his new signing has changed – and is confident there will be “no politics in our team”.

“I think it’s a different Fernando that we have today,” said the Renault team principal in conversation with Craig Slater.

“The sport can be at times toxic, in particular when you know, like he knows, that he’s a fantastic driver and yet you have absolutely no chance to get even close to a podium. That’s tough, that’s very difficult.

“I’ve got nothing that I want comment [about] as I was not part of those teams, but he’s been part of teams where there was also difficulty due to the fact they were not at the competitiveness levels that they wanted or projecting.

“So I think honesty, no political games being played or possible. That will be a test for our team. I can tell you, there are absolutely no politics in our team. We have a very strong management group. We are on a mission and I will make sure myself that it stays like that and we don’t give an opportunity to anyone to play anyone against the other.

“One team, one mission and two fantastic drivers.”

Since returning to F1 as a full works entry in 2016, Renault had been impressively working their way up the Constructors’ Championship – until last year, when they dropped back behind McLaren to fifth place.

But improvements over this winter – and a big focus at the team for F1’s rules reset of 2022 – appear to have convinced Alonso of Renault’s long-term prospects.

“He’s got a smart and logical approach about the team’s situation and about himself,” said Abiteboul.

“It’s very clear that Fernando has a huge motivation after this break from Formula 1 to come back to the sport, a sport that he loves and with a team that he loves before. We’ve got this very strong link between us and probably deserve to have another go together.

“The sport is full of comebacks and I hope it will be one of the positive comebacks. It has been certainly discussed on a very honest basis, and I know that there is no wrongful expectation about what we can offer next year. But we all believe that 2022 is an exciting project for the sport, for the team and for himself.”

The Renault team principal added: “We have to keep on doing what we have been doing recently. He’s been an accurate observer of our progression, but also the changes we’ve done more recently and the impact it’s already had on the car we’ve developed this winter.

“So if we do another step like this one for the next winter, and another big step like that one for 2022, I think he will have what he wants and the situation will be nowhere near what it was when he was last at McLaren.” 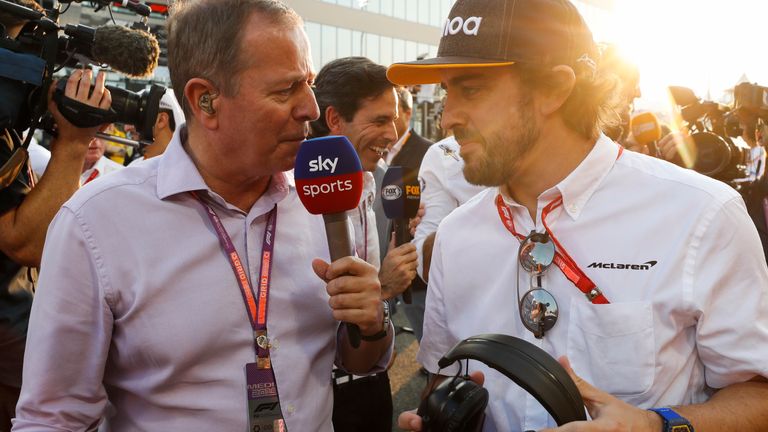 Renault: Age not a factor against Alonso

Alonso will be 39 years old at the start of next season – and turn 41 during the course of 2022, when Renault are eyeing that big step forward towards the front.

Abiteboul admits he was keen to fully understand the Spaniard’s motivation for a return – and was reassured by his findings.

“It will be interesting. I think the main element to all of this is the motivation and the feeling that you are doing something with your life and your career,” said Abiteboul.

“On one hand you have less pressure because he’s already done a lot as a driver, but at the same time he will not be taken for a fool. That’s why I think we have no choice but to be extremely honest with him, that’s what he will feel he is due.