‘Safety is paramount, end of story’: F1 chief hits back at Lewis Hamilton’s ‘offensive’ claim the FIA risked drivers’ lives after a four-car pile-up at the Tuscan Grand Prix

Lewis Hamilton’s claim that the FIA risked drivers’ lives in the Tuscan Grand Prix has been called ‘offensive’ by the governing body’s top race official.

The six-time world champion made his controversial remark after a four-car pile-up ensued once the safety car had peeled in during the race at Mugello.

Hamilton felt the lights indicating racing was about to restart came on too late, causing the field to back up — he alleged as a deliberate ploy to spice up the racing. 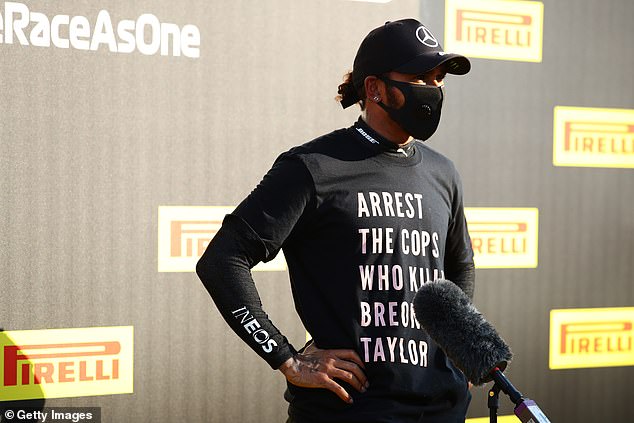 ‘They are trying to make it more exciting but they put people at risk,’ said the Mercedes man. ‘It wasn’t safe.’

FIA race director Michael Masi was understandably incensed at the accusation, retorting: ‘From an FIA perspective, safety is paramount, end of story. We are absolutely not trying to spice up the show.

‘In my capacity as race director, my role is sporting integrity and safety and anyone who says otherwise is actually offensive.’

Masi, in his second season as race director since taking over from the late Charlie Whiting, added: ‘Simply put, the drivers can criticise all they want, but if we look between where the lights were extinguished on the safety car and the control line (where the race resumes) the distance was similar if not longer than at a number of other venues. 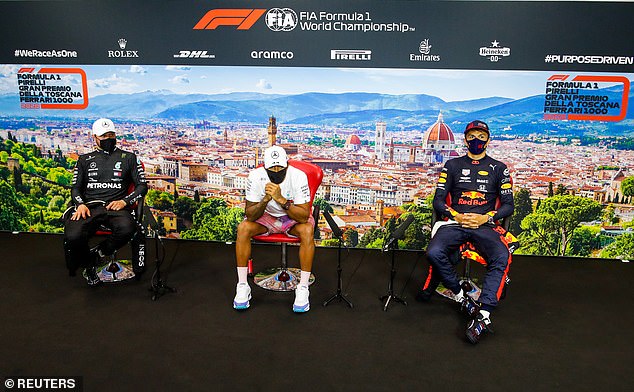 ‘In the Formula Three race, those drivers in the junior category had a very similar restart to this one and they navigated it without incident. I don’t think there is any need to review the safety car restart rule.’

Hamilton, who won in Mugello to extend his championship lead over team-mate Valtteri Bottas to 55 points after nine of the 17 races, waits to hear what action the FIA propose to take over the ‘political’ T-shirt he wore on the podium calling for American police to be arrested over the Breonna Taylor shooting in Kentucky.