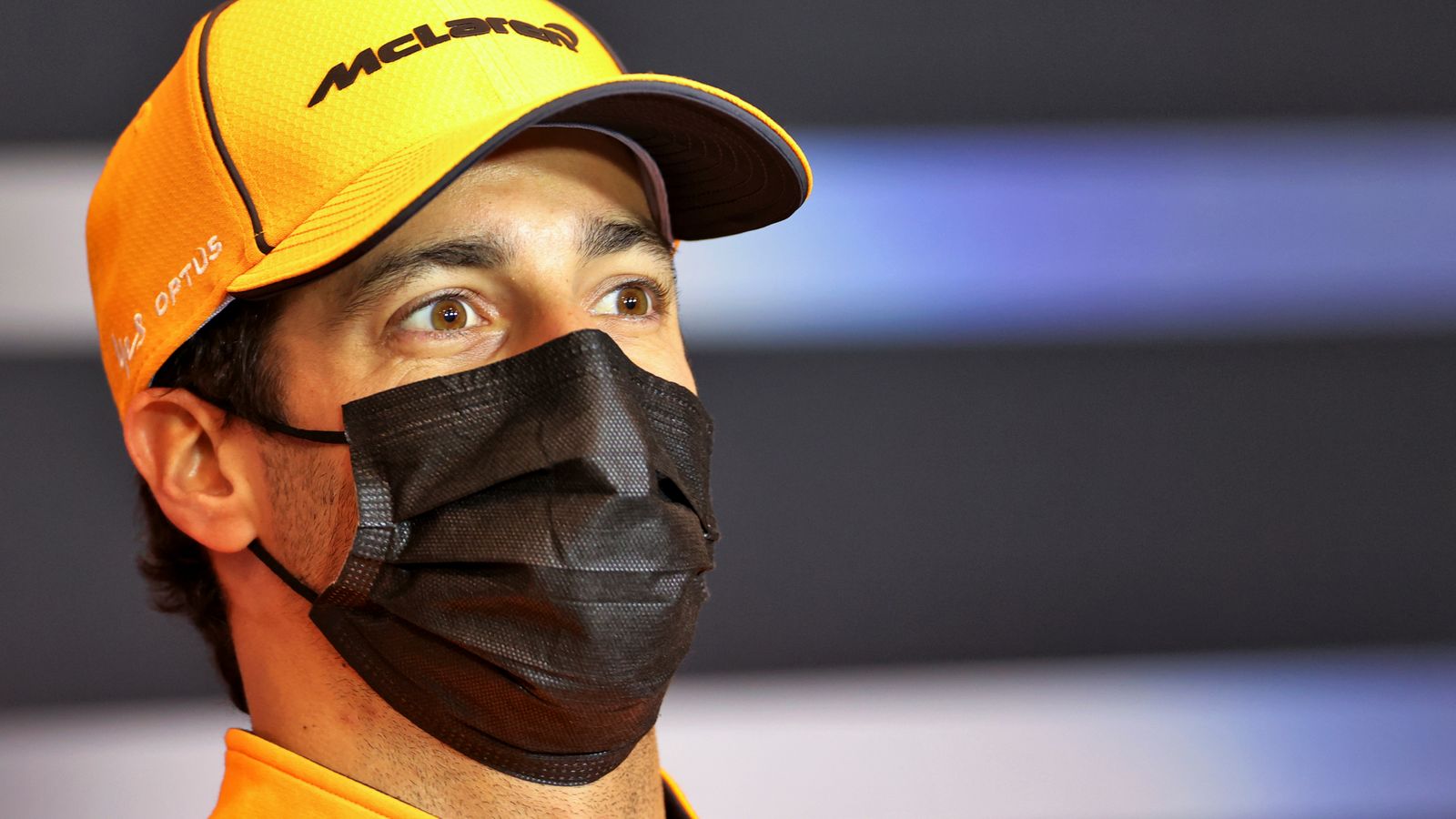 Daniel Ricciardo’s Baku track record is spectacular in terms of performance, if not always results (it was here in 2018 he had his infamous collision with team-mate Max Verstappen, for example). But he arrives here off the back of his worst performance against a team-mate in his whole F1 career.

At Monaco he was 0.567s slower than Lando Norris in Q2 (a session from which Ricciardo failed to graduate) and was lapped by him in the race.

Ricciardo said after Monaco that he intended to try to stop the mental gymnastics he was wrestling with in attempting to decode the singular traits of the McLaren, the very different driving style required into slow corners which Norris has shown such mastery of.

Ricciardo felt he needed to give his brain some recovery time, something which very often allows the missing pieces of a puzzle to begin slotting into place as the subconscious takes over. Baku would be a fitting place for Ricciardo to make that breakthrough, given his performances in the four Azerbaijan races to date.

In 2016 he put his Red Bull on the front row (albeit only after Sergio Perez’s gearbox penalty), from where he started next to Nico Rosberg’s Mercedes. Team-mate Verstappen had been delayed by twice getting mixed up with Valtteri Bottas’ Williams in Q3 but admitted that even without that he couldn’t have matched Ricciardo’s time.

Red Bull had opted for a very low downforce set up and it quickly destroyed their tyres, forcing both drivers to two-stop in what was ideally a one-stop race. Ricciardo – after initially closely tracking leader Rosberg – came home seventh, one place ahead of Verstappen.

Ricciardo emerged victorious in the 2017 race after a crazy roller-coaster of a weekend in his Red Bull. He hit the wall in Q3, leaving him starting back in 10th, his brake ducts were blocked by debris early in the race, forcing him into what looked like a disastrously early pit stop to have it removed.

But those things combined quite by fluke to put him on the perfect strategy for what was about to play out. Three safety cars not only forced much of the rest of the field onto a less favourable tyre strategy than the one imposed on Ricciardo by his early stop, but they also gave him the opportunity to spectacularly make up places on the restarts through his demon late-braking. In one such move he out-braked the Williams of both Felipe Massa and Lance Stroll in one move. That left just two cars ahead of him – both of which would soon be out of the reckoning.

Sebastian Vettel took himself out of the equation behind one of those safety cars, incurring a penalty for deliberately hitting Lewis Hamilton’s Mercedes after mistakenly believing he’d been brake-tested. Hamilton himself later lost the race as a piece of his headrest worked loose and he was instructed by race control to pit to have it fixed.

All of which put an incredulous Ricciardo into a lead he held to the end.

It was a less happy story in 2018 when Ricciardo and Verstappen were fighting intensely over third place (behind Vettel and Bottas) and collided. After dominating the practices Ricciardo fell away from Mercedes and Ferrari in qualifying because of their Q3 engine modes, but still lapped faster than Verstappen. The latter got ahead in the race but Ricciardo succeeded after several tyre-rubbing moments, to repass him.

At the stops Red Bull brought Ricciardo in first, Verstappen a lap later. A fantastic in-lap from Verstappen combined with Ricciardo struggling to get his tyres up to temperature on his out-lap put Verstappen back in front. But still Ricciardo reckoned he was quicker and so set about trying to pass all over again.

As Ricciardo tried for a move up the inside into Turn One, Verstappen made a second defensive move under braking, and Ricciardo had nowhere to go but hard into the back of the other Red Bull, taking them both out.

The most recent Baku race was in 2019 when Ricciardo’s race in the Renault ended with an embarrassing reversing collision in an escape road with Daniil Kvyat’s Toro Rosso. But he had lapped around 1s faster in qualifying than team-mate Nico Hulkenberg and was running a long way ahead of him in the race before his race-ending incident.

Ricciardo’s pace around this demanding track has always been scintillating. But that indeed could also have been said about Monaco prior to this year’s race there. It will be interesting to see whether Baku ’21 is just another part of his relearning process or a crucial breakthrough event in his season.