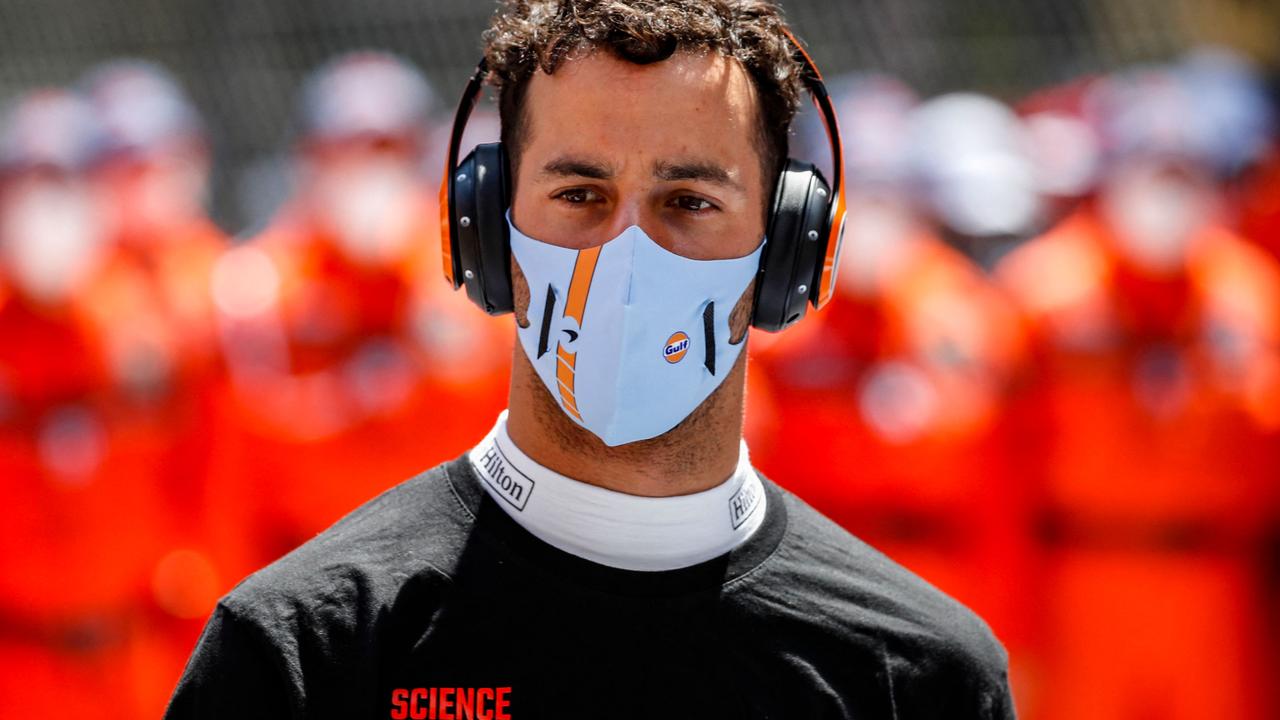 Australian F1 star Daniel Ricciardo had a weekend to forget at the Monaco Grand Prix.

The West Australian struggled with his car throughout practice and qualifying, and despite Monte Carlo being the home of his favourite track, a disappointing P12 was all Ricciardo could muster.

But much like his animal moniker, the ­Honey Badger refuses to lay down without a fight.

Taking to Instagram, Ricciardo posted: “Looking ahead. For the record, I still love Monaco. Don’t be silly. I love this s*** too much.”

P12 was the worst ever finish in Monaco for Ricciardo. He’s found himself on the podium four times since 2014 — including a memorable win with Red Bull in 2018.

Ricciardo’s endured a rough ride since leaving the energy drink team that year, and it was a bittersweet race for his new outfit McLaren on the Cote d’Azur this time around. Finishing P12 was not what they wanted for the Aussie, but a P3 for English youngster Lando Norris capped off the weekend for the British team.

McLaren find themselves third in the constructors’ standings, but sit only two points above Italian powerhouse Ferrari.

Ricciardo is defiant after a poor showing in Monaco. (Photo by Mark Thompson/Getty Images)Source:Getty Images

Ricciardo has struggled to come to grips with his new car since leaving Renault at the end of last season, regularly talking about how he is still yet to master the intricacies of McLaren’s four-wheeler.

He couldn’t believe he was a full second slower than Norris in qualifying and there was no punch to his race on Sunday — leaving pundits to question just what the heck is going on with the 31-year-old.

“There’s not many F1 drivers out there who are a second slower than their teammate, especially when you get to the Ricciardo-Norris level,” Nicholls said.

“What surprised me was he didn’t show any better really in the grand prix. There were times he was not keeping with the cars in front. Maybe he was playing a long game but he didn’t go much longer than anybody else … there was nothing shown in the race.

“That’s the strange thing with Ricciardo. He hasn’t got anything, anywhere, this weekend, and although he looked better in Barcelona, it feels like one of the biggest mysteries of modern Formula 1.”

Ricciardo will get his chance to put Monaco behind him at the Azerbaijan Grand Prix on June 6.

The Australian won in Baku at the maiden running of the Grand Prix in 2017, but has retired from the race in his previous two attempts.