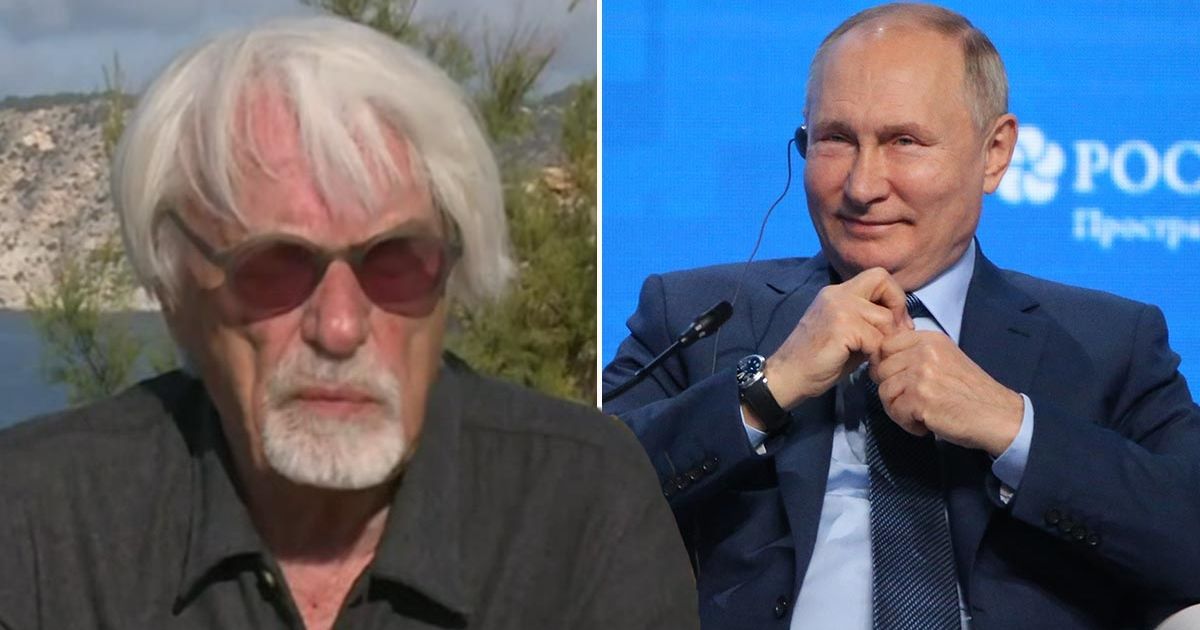 Bernie Ecclestone claimed he would "take a bullet" for Russian war dog Vladimir Putin in a bizarre interview on Good Morning Britain.

President Putin is public enemy number one around the world after his decision to unleash war on Ukraine. But former F1 boss Ecclestone sees things slightly different and has sensationally blamed Ukrainian President Zelensky for failing to avert war with Russia.

Ecclestone has spoken out in defence of Putin before, describing the despotic crackpot as "straightforward and honourable." But his latest interview on GMB went a step further. Asked whether he still regards Putin as a friend, Ecclestone replied: "I'd still take a bullet for him."

"I'd rather it didn't hurt, but if it does, I'd still take a bullet because he's a first class person. What he's doing is something he believes is the right thing he was doing for Russia.

"Unfortunately, he's like a lot of businesspeople, certainly like me, we make mistakes from time to time. And when you make a mistake you have to do the best you can to get out of it."

Ecclestone then mocked President Zelensky, who has been widely praised for his handling of the desperate situation in Ukraine. "I think if it had been conducted properly – I mean the other person in Ukraine, his profession I understand, he used to be a comedian, and I think he seems as though he wants to continue that profession," he added.

"Because I think if he'd have thought about things he would have definitely made a big enough effort to speak to Mr Putin, who is a sensible person and would have listened to him and probably could have done something about it."

What do you make of Bernie Ecclestone's bizarre comments? Let us know your thoughts in the comments section below.

The 91-year-old mogul then paused for a second, allowing an incredulous Ben Shephard to ask Ecclestone whether he could justify Putin's actions in the face of thousands of casualties on both sides of the war.

As images of a Ukraine ablaze filled the screen, Ecclestone gathered himself and replied: "It wasn't intentional. Look at the amount of times American has moved into different countries which is nothing to do with America. Actually, in America, their business likes war because they sell a lot of armaments, it's good for them."

Pressed on whether he believed that President Zelensky should have done more to avert war with Russia, despite not being the one to initiate the conflict, Ecclestone replied: "Absolutely." Social media users could not believe what they had just heard from the former F1 boss. One person commented: "Someone get Bernie Ecclestone back to his nursing home, I can’t actually believe what I’m hearing!!"

The Office of the United Nations High Commissioner for Human Rights (OHCHR) reported on June 26 that a total of 4,731 civilian deaths had been caused by the war in Ukraine. Ecclestone conducted his interview from Ibiza.