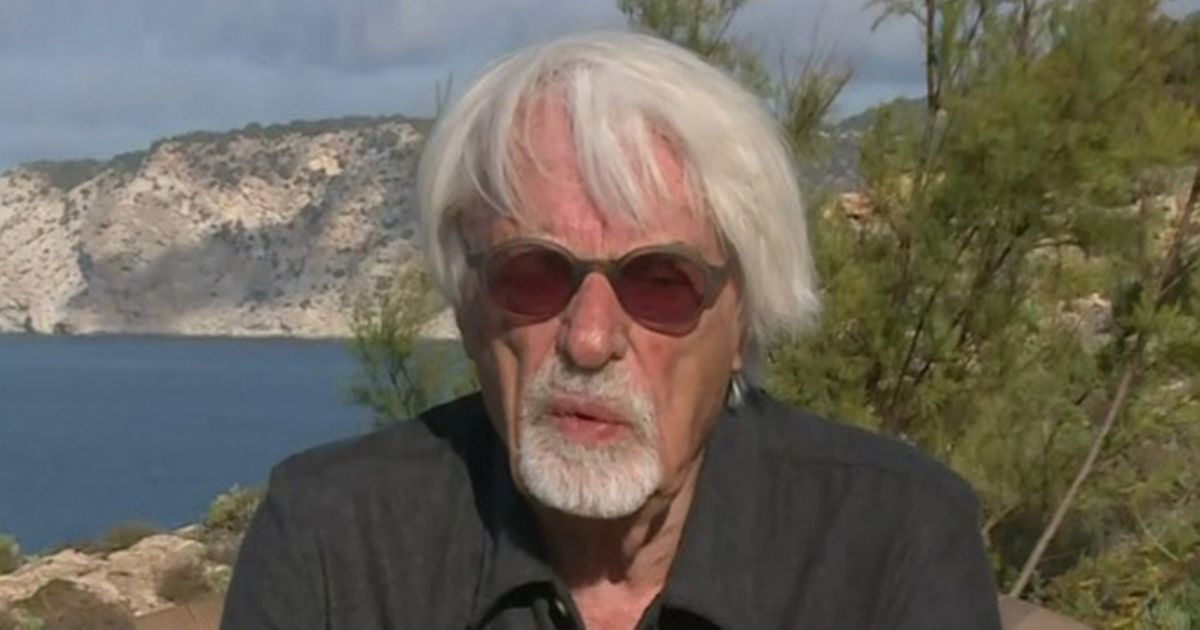 Many viewers were surprised to hear the 91-year-old blame Zelensky for Russia's ongoing invasion of his country. Ecclestone suggested the war "could have ended differently" had Zelensky spoken with Putin, who began his siege of Ukraine on February 24.

Four months of bloodshed hasn't been enough to deter Ecclestone in his loyalty to Putin, however, as he told Good Morning Britain he "would still take a bullet for him [Putin]." The ex-F1 chief executive has long been friends with Putin, along with other world leaders.

Zelensky was voted into Ukraine's presidency in 2019 when he was still acting in film and television. Speaking from Ibiza, Ecclestone referred to him as "the other person in Ukraine" before adding: "He's a professional, I understand. He used to be a comedian, and he seems as if he wants to continue that profession."

A large proportion of the global population have shown sympathy towards Ukraine's plight in the past four months, with Zelensky attracting plaudits for his response to the crisis. The 44-year-old—who voiced Paddington Bear in the Ukrainian dub of the 2014 film—has been praised for his hands-on approach and refusal to give in despite Russia's bombardment.

But while the under-siege Zelensky earned Ecclestone's annoyance, the Briton referred to Putin as "a first-class person." He went on to excuse his actions by saying the former KGB spy "believed he was doing the right thing for Russia."

G7 leaders recently condemned Russia's bombing of a shopping centre in Kremenchuk in central Ukraine as a war crime. More than 1,000 people were inside the mall when missiles struck on Monday, with at least 18 dead.

Chris Philp, Minister for Technology and the Digital Economy, told Sky News on Tuesday: “The attacks that Russia is carrying out on civilian targets, clearly deliberately, are just sickening and appalling. We saw the attack on a shopping centre yesterday. But it’s not a one off."

Ecclestone described old comrade Putin as "very honourable" the morning after Russia's invasion of Ukraine began. Given the atrocities that have occurred in the months since, it appears nothing may be enough to shake the magnate's unwavering faith in the despot.