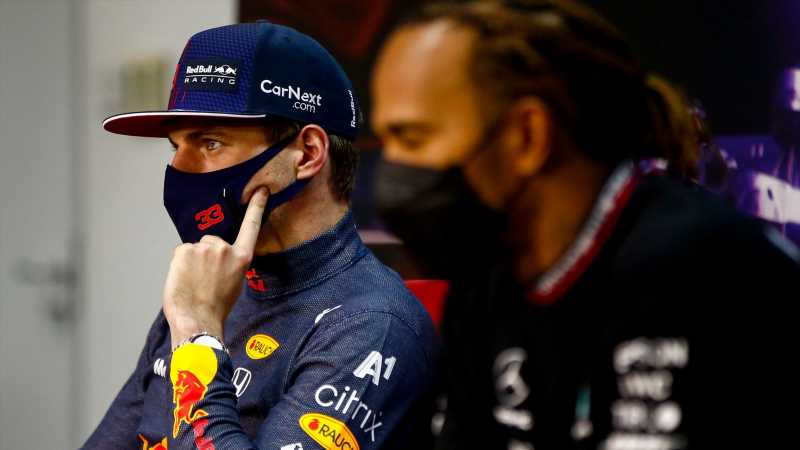 Max Verstappen fell foul of track limits rules as he came agonisingly close to beating Lewis Hamilton to the first win of the 2021 season in a spellbinding and dramatic Bahrain GP.

The Dutchman was fast chasing down Hamilton’s Mercedes into the closing laps of the race on fresher tyres and, with three laps to go, appeared set to pounce when the world champion was disadvantaged by a backmarker as they headed towards Turn Four.

Verstappen overtook Hamilton around the outside of the corner but completed the move while off the track. Red Bull quickly told their driver he had to cede the position, which he did down the next straight.

He did not get as close again. Speaking immediately after the race on team radio, an agitated Verstappen asked his Red Bull team why they did not wait for a time penalty to be applied instead of handing the place back.

“Why didn’t you let me go? I could have easily pulled those five seconds [for a penalty instead],” suggested Verstappen.

Red Bull boss Christian Horner told Sky F1 that the team had been told by Race Control that Verstappen had to hand the position back on track.

“Once you have got that instruction, you’ve got to move out the way,” said Horner. “He did that. It was fair racing and it was tough racing.”

Sky F1’s Paul Di Resta revealed: “I spoke to [FIA race director] Michael Masi and asked what is the hard and fast rule? He said if a car overtakes outside the white line, you’ve got to let the car back. You’ve got to give the track position back.” 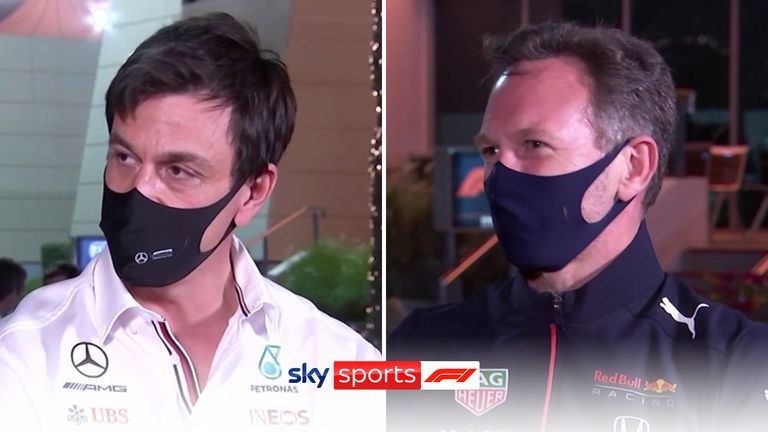 What did Max and Lewis say after the race?

Verstappen still appeared favourite to overtake Hamilton again in the closing three laps, but did not have the tyre performance to attack the Mercedes again.

“I had that one shot because Lewis got held up a bit with the backmarker and I went outside of the track,” said a more reflective Verstappen to Sky F1 after the podium ceremony.

“I of course gave the position back and tried again but my tyres were not in a good state anymore to really put the pressure on.”

Hamilton had been warned about track limits at the same corner earlier in the race and expressed surprise to his race engineer over the radio that the ruling applied during the Grand Prix. But he was told by Peter Bonnington that he risked a black-and-white warning flag if he did not stay within the white lines.

However, rules about passing cars with four wheels off the track, as Verstappen did, are often more clear cut and consistently applied.

Hamilton told Sky F1: “In the race it was so hard to keep the car and the mindset consistent to not make mistakes and hold the ground.

“I think ultimately if he [Verstappen] hadn’t made the mistake then he probably would have won the race but that what makes and loses you wins.” 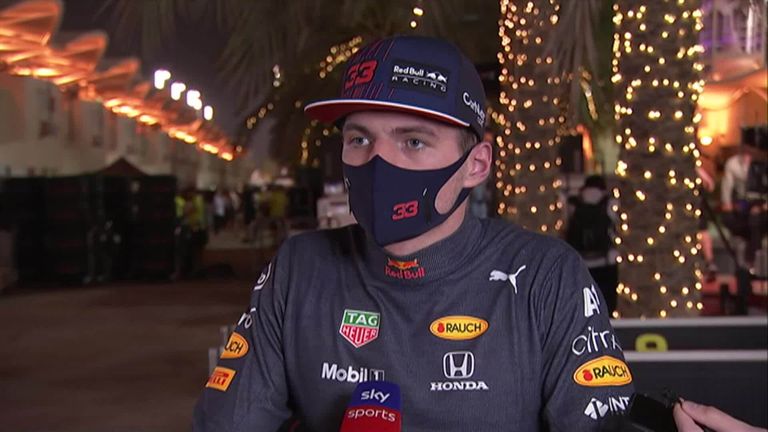 The Sky F1 pundits on Verstappen’s overtake that wasn’t

“If Max was not off the track, they would have been into each other because Lewis used all the circuit as well. I get the penalty, but it’s always a weird one on that type of corner.”

“I think the drivers were confused a little to the team radio because even Lewis was saying ‘why are we not allowed to use that bit of the track because they said no track limits?’ Will people say it was a big advantage? Probably not, but you don’t like to see cars overtaking when they are not within the white lines and that’s where you got to stick to, to be honest, for the rest of the year.

“Max will be sitting there tonight thinking ‘I should have waited another corner’ What he could have done is waited until the last corner, let Lewis past and let him get off line and get his tyres dirty.”