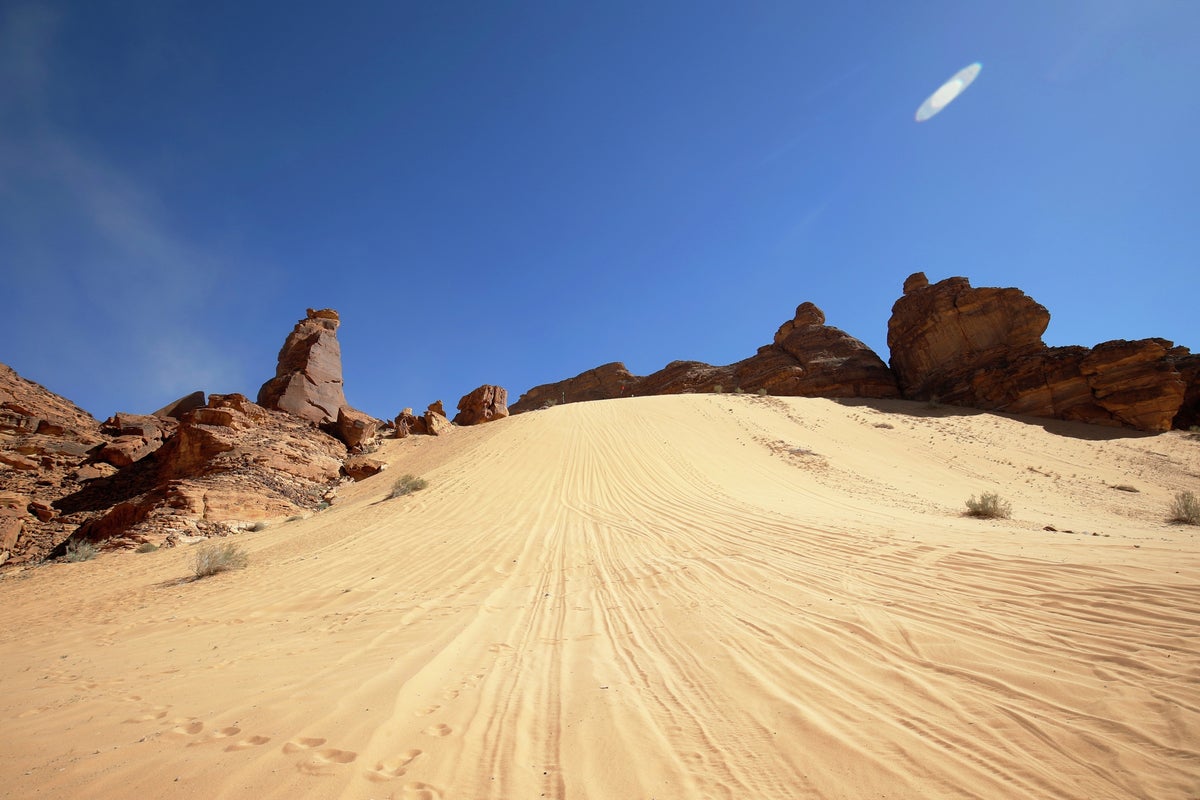 Jenson Button and 17 other drivers take to the sands of AlUla in the new motorsport which sees nine teams field one electric SUV each, all of which are the revolutionary ODYSSEY 21 which is powered by hydrogen fuel cells. Each team consists of one male and one female driver, who complete one lap of the 9km lap each with a quick switch of driver in between.

Button will drive for his own team against teams founded by Lewis Hamilton and Nico Rosberg, and against drivers such as rally legends Carlos Sainz and Sebastien Loeb as well as rising British stars like Jamie Chadwick and Catie Munnings. Qualifying will see two round of time trials. Each team will take on two laps of the track, one from each driver, in any order the team chooses. After both rounds are completed, the average time across the two will be used to rank each team.