Valtteri Bottas won the Azerbaijan Grand Prix on Sunday and retook the Formula One lead from team mate Lewis Hamilton after a fourth successive one-two finish for Mercedes.

Britain's five-time world champion Hamilton finished second to drop one point behind his Finnish team mate, who started the race on pole position, while Sebastian Vettel was third for Ferrari. 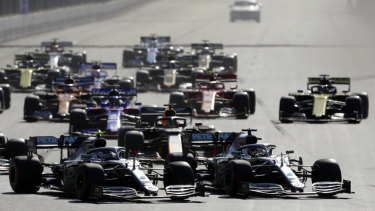 Australia's Daniel Ricciardo was the first driver to retire from the race after a collision with Kvyat's Toro Rosso.