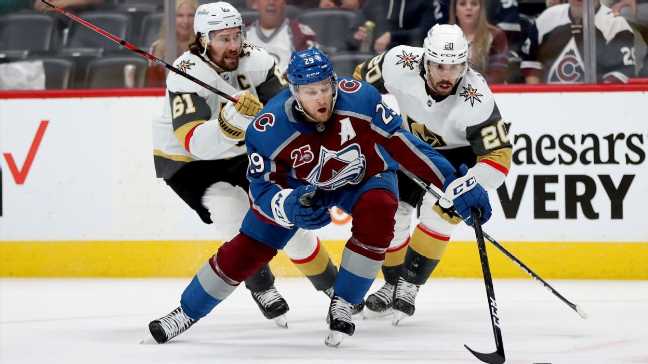 The 2021 Stanley Cup playoffs have rolled into their second round. There have been some expected results and some shocking surprises — and the Toronto Maple Leafs losing in the first round, which probably fits into both categories, if we’re being honest.

Here are 10 takeaways from the playoffs so far, from the upsets to the controversies to the incredible cacophony of fans in the stands again.

1. Nathan MacKinnon, best in the world?

A year ago, I wondered if Nathan MacKinnon might be the best player in the world. (Before wondering the same thing about Tampa Bay defenseman Victor Hedman, to be fair.) Connor McDavid’s regular season quelled any uprisings to take his throne; but while he’s sitting at home, MacKinnon is once again trying to snatch the crown.

It’s just six games, but MacKinnon’s 2.17 points-per-game rate in the 2021 playoffs currently ranks seventh in single-season NHL history dating back to the 1967 expansion. Five of the names ahead of him are either “Gretzky” or “Lemieux.” Even when he’s not scoring goals, he’s creating them. For example, when he called for the puck in overtime on the power play:

Freeze it at 17:55. You’ll see MacKinnon skating in circles as three Vegas penalty killers bunch up to defend what comes next. Except what comes next is MacKinnon finding a wide-open Mikko Rantanen, now with a shooting line thanks to MacKinnon drawing away the defenders. There’s a reason why he’s a -175 betting favorite for the Conn Smythe. 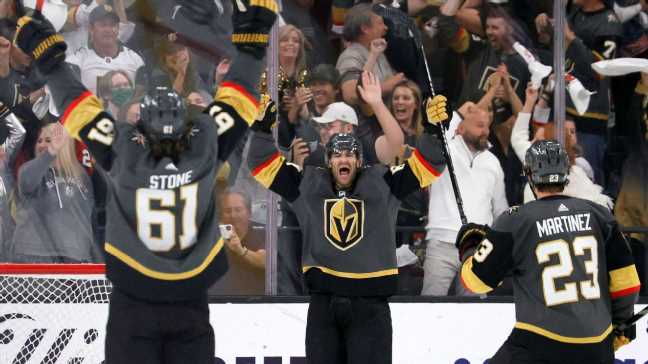