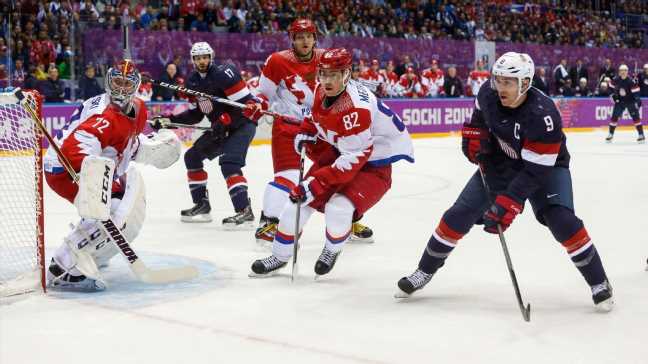 When NHL players signed a new collective bargaining agreement in 2020, they earned a massive win: the league agreed to allow players to participate in the 2022 and 2026 Olympic Games. NHL players, uniformly, have fought to return to the Olympics. It’s a dream for so many to be able to represent their countries on an iconic stage. And for the players who aren’t selected? Well, it often means a two-week vacation in the middle of the season. Nobody hates that.

In the previous CBA, there was no language about Olympic participation. So players had little recourse when the league and its owners decided to skip the 2018 Games, citing concerns about schedule disruption and injury risks.

Though the players won this battle, the new Olympic CBA clause always carried a caveat: it was contingent on the NHL and NHLPA reaching a deal with the International Ice Hockey Federation and International Olympic Committee. And those talks are never easy.

The four sides talked on and off for the last several months — bypassing some arbitrary deadlines — and finally reached an agreement on Friday. Here’s a look at what was discussed in those meetings, what the 2022 Olympic ice hockey tournament could look like, and an explanation on how it all could be called off again.

What were the key issues that the two sides were negotiating?

The NHL still isn’t crazy about the idea of sending players to the Olympics, but since the league agreed with the players, they negotiated on their behalf in good faith.

One thing the NHL wanted out of an Olympic agreement was expanded media and advertising rights. In a February 2020 meeting, the NHL outlined some of the things they wanted — NHL logos and advertisements featured in Olympic games, the ability to use Olympic highlights on NHL Network or NHL.com — which they hoped would help promote the game. The NHL felt good about the way discussions went in that meeting.

But the climate has changed since then, including the NHL switching broadcast partners from NBC, which is also home to the Olympics. Ultimately, the NHL didn’t get those expanded media rights. The IOC and IIHF didn’t have an appetite to make more concessions to the league. Those involved with the discussions said the IIHF and IOC knew they held leverage, as NHL players have been pretty adamant (privately and publicly) about how badly they wanted to go.

The IIHF and IOC already agreed to pick up travel costs and insurance for NHL players. If players are allowed to have guests, the IIHF and IOC will cover costs for the guests, as well.

Another big issue that came up was COVID insurance: What would happen if a player contracts COVID at the Olympics, and if it affects him afterward? The NHL and NHLPA found a provider for COVID insurance, but it was expensive, and the IIHF and IOC said they would not cover it. Now it will be up to the individual player to purchase that insurance. Sources said most NHL players would probably skip getting that additional insurance, especially after knowing how strict the protocols will be.

All players who participate in the Olympics will be required to take the COVID vaccine, however there could be very limited exemptions on a case-by-case basis. Sources say “an overwhelming majority” of NHL players are already vaccinated.

Yes, but there’s a catch: the sides did agree to an opt-out clause that gives the NHL and NHLPA the chance to pull out of the Olympics, should COVID conditions worsen or otherwise pose a threat to the health and safety of players.

Another reason the NHL and NHLPA could pull out is if the 2021-22 NHL season is affected by game cancellations. If the league feels like it needs to use the Olympic break to make up games — to get a full season in, and recoup as much hockey-related revenue as possible — it could exercise this clause. The language is extremely vague, but the opt-out deadline is believed to be sometime in early January. So that’s something to monitor.

The NHL is scheduled to break from games from Thursday, Feb. 3 through Tuesday, Feb. 22. All-Star Weekend in Las Vegas, Nevada — on Feb. 4 and 5 — was going to happen with or without Olympic participation.

Olympians who attend All-Star Weekend will leave directly from Las Vegas that Sunday, Feb. 6, for travel to Beijing.

The league has an unreleased alternative schedule prepared if, for whatever reason, NHL players do not end up attending the Olympics.

When was the last “best-on-best” tournament in men’s hockey?

The last time NHL stars populated the majority of the rosters was the World Cup of Hockey tournament held in Sept. 2016 in Toronto. While the tournament had its highlights — who can forget the electrifying 23-and-under “Team North America” featuring Connor McDavid and Auston Matthews? — it was also a preseason event, with gameplay that confirmed it.

Canada won the World Cup, just like it won the previous two “best-on-best” Olympic tournaments in Vancouver (2010) and Sochi (2014). Team USA famously took silver with an overtime loss to Sidney Crosby and the Canadians in 2010; and infamously lost bronze against Finland after Canada defeated the Americans in the Sochi semifinals.

The NHL did not participate in the 2018 Winter Olympics in PyeongChang, ending a run of five consecutive tournaments in which they allowed their players to appear. The league cited the team owners’ continuing opposition to the Olympic break during the regular season, and the fact that the IOC had decided not to cover participation costs associated with travel, insurance and accommodations for the players and guests.

The NHL also didn’t see enough value in the South Korean market to justify games being played at inopportune times back in North America. China is a different story.

What’s the format for the 2022 Winter Olympic men’s hockey tournament? What will the rosters look like?

It’s the same format used for the last three Winter Games. There are three groups comprised of four teams apiece. The 12 teams are ranked by record after group play, and the top four teams advance to the quarterfinals — typically, the three group winners and the best second-place team after tie-breakers. The other eight teams, seeded by record, play in qualification-round playoff games to advance to the quarterfinals.

Participating Olympic teams must submit their “long lists” of players by Oct. 15. The provisional playing rosters will be announced by January.

Which teams have qualified?

The three groups for the 2022 Winter Olympics have been announced. Nine teams qualified for the tournament in the initial round; Denmark, Slovakia and Latvia qualified in a round of qualification games played Aug. 26-29. China, the host nation, automatically gets a spot. Here are the groups, with rankings via the IIHF:

What are the COVID protocols for the Beijing Games? How do they compare to the Tokyo Olympics or the 2020 Stanley Cup Playoff bubbles?

NHL players have gotten used to COVID protocols for the last year and a half, from daily testing to hotel isolation to the masks and social distancing inside venues. That especially goes for players who lived inside the Toronto and Edmonton “bubbles” during the 2020 playoffs. The restrictions at the Olympics will closely resemble those standards — although there probably won’t be a Tim Horton’s truck in China.

The Tokyo Olympics provided the direct template. Almost all spectators were barred from events. Everyone at the Games was required to wear masks at all times and socially distance. Athletes that didn’t stay in the Olympic Village were kept in designated hotels. They were barred from taking public transportation to events, and used specific transports provided to them. The IOC developed sports-specific guidelines for position tests, from how competitors could be replaced and disqualification standards in team sports.

The Beijing Games are expected to go well beyond Tokyo’s protocols. According to the New York Times, organizers announced they were redesigning 39 venues this summer to ensure that athletes “have practically no contact with referees, spectators or journalists,” and that those groups are also separated from each other. It also reported on “all-day armpit thermometers, with tiny transmitters to sound the alarm should someone develop a fever.”

The Chinese government and IOC are still working on protocols. However according to a memo sent out by NHLPA Executive Director Donald Fehr: “All indications are that the entire Games — venues, the Village, places to eat, etc. — will be placed in a very tight bubble enforced by the Chinese government.” Fehr also wrote that “it is anticipated that there also will be significant restrictions on where players can go even within the bubble (no walking around or sightseeing), with whom they can socialize (only those on their regular contact list, perhaps not even other athletes in the Village), as well as numerous other requirements, like daily COVID testing, social distancing, mask wearing, and frequent temperature checks. It is also likely that players will be required to file daily activity plans and wear GPS location devices to assist with contract tracing and ensure protocol compliance.”

Again, no protocols have been finalized for next February’s Olympics. Questions about how testing will be treated and quarantine specifics for travel have yet to be established. 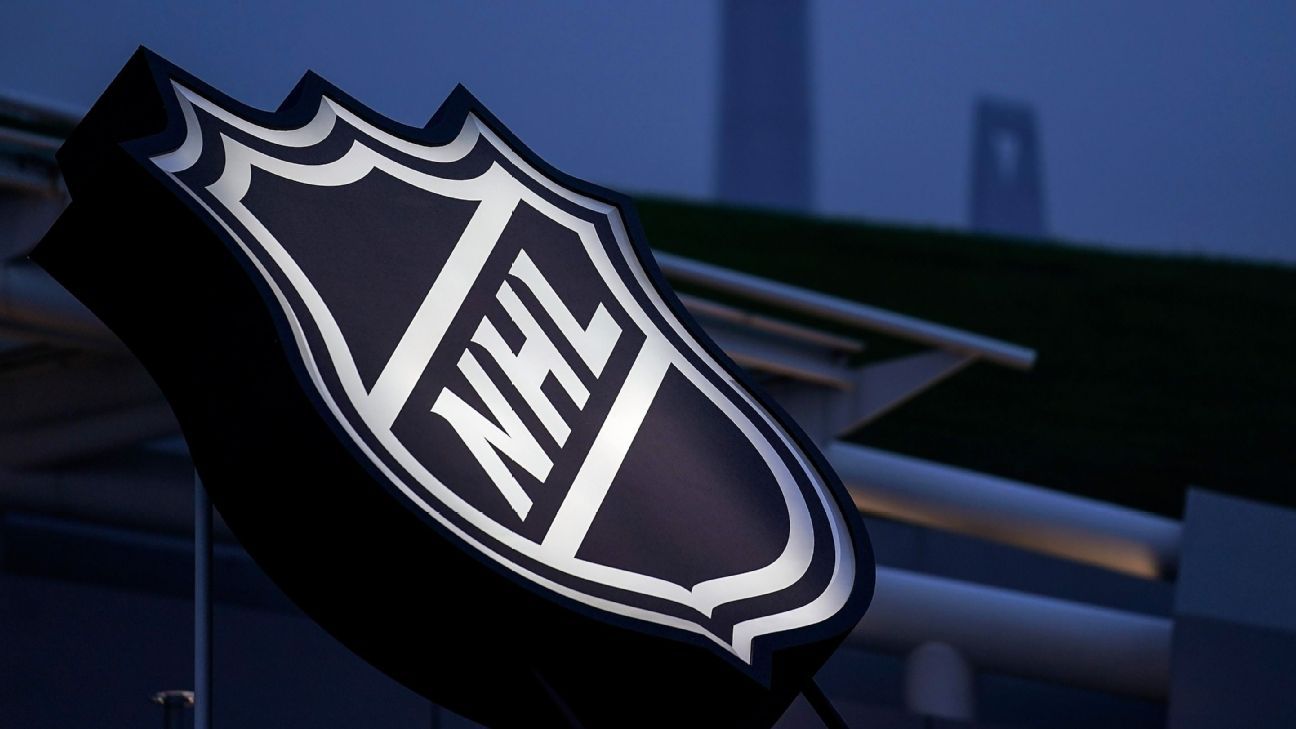 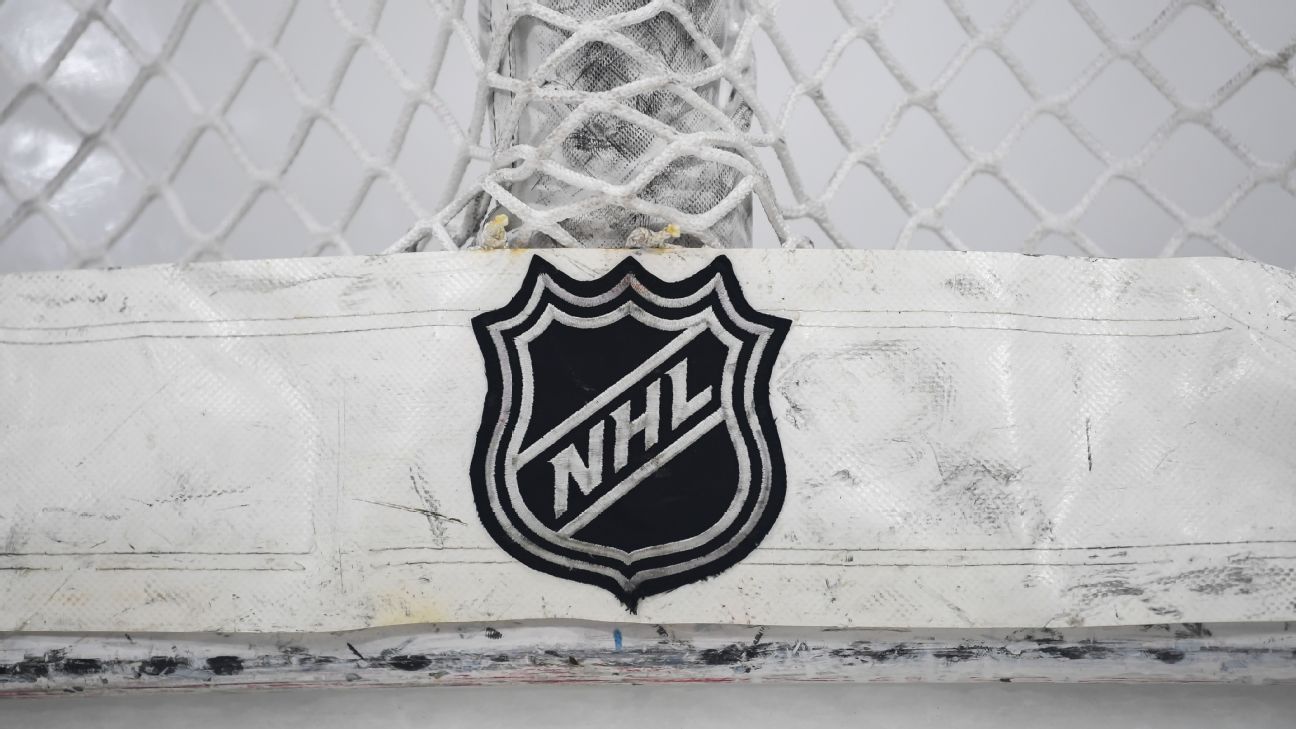 NHL expects 98% of players to be vaccinated