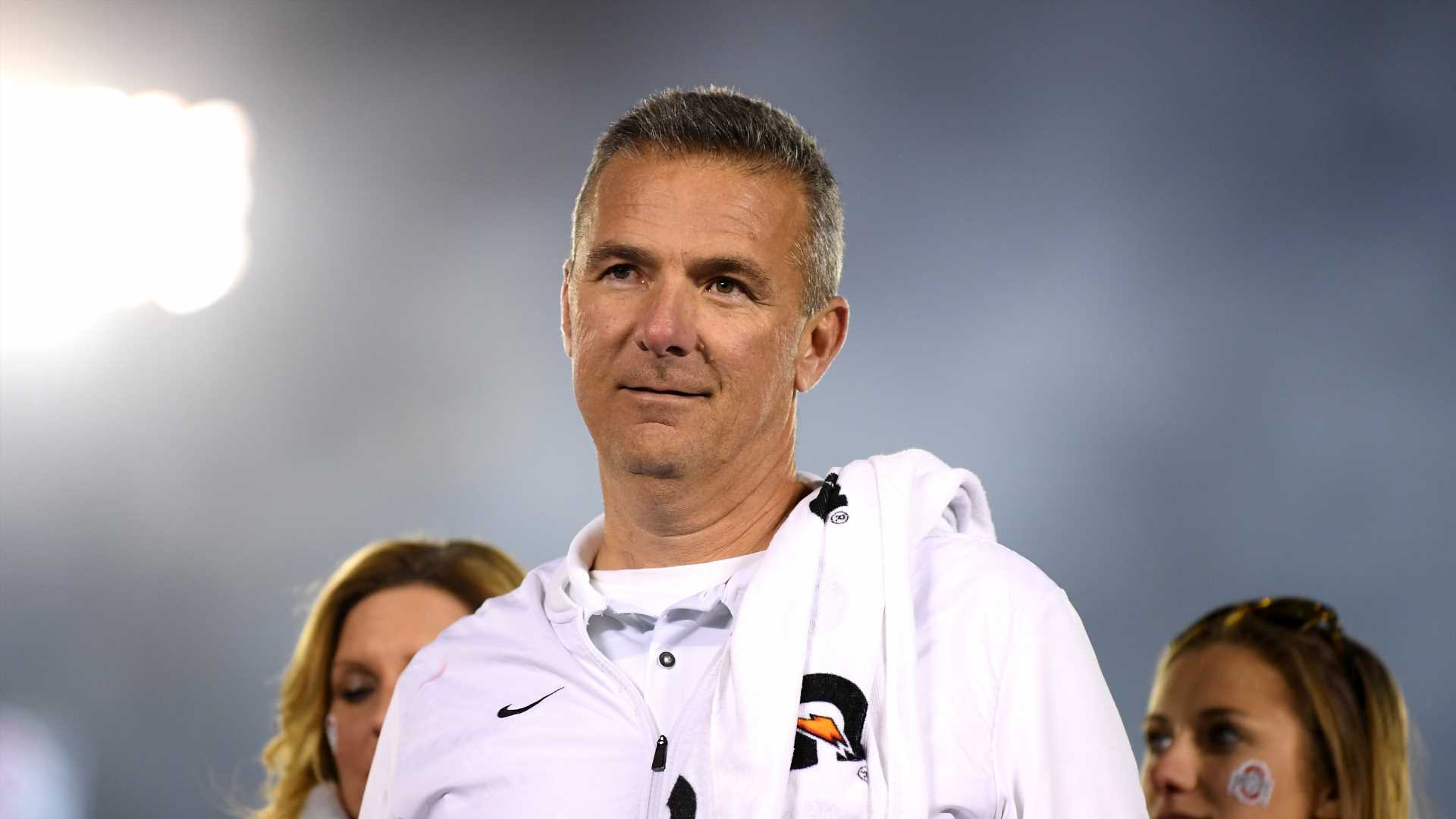 The Jaguars on Thursday made official what had been rumored within NFL and college football circles since late December: Longtime college football coach Urban Meyer is coming out of retirement to become Jacksonville’s newest coach, replacing Doug Marrone.

While Meyer’s sustained success at the college level is undeniable, the hire nevertheless will raise a few eyebrows, considering he has zero NFL coaching experience. Many will be quick to compare him to college contemporary Nick Saban, who infamously floundered in two seasons with the Dolphins before returning to coach college at Alabama.

Whether Meyer will learn to overcome the professional hurdles Saban couldn’t remains to be seen. But there are other factors — his ties to the state of Florida, his history of health issues and scandals and his managerial style, among others — that weighed on owner Shad Khan’s decision to hire him.

Here’s a look at those factors, and how they could affect Meyer’s tenure with the Jaguars:

Why did the Jaguars hire Urban Meyer?

Khan, in announcing the hire, said Meyer “is who we want and need, a leader, winner and champion who demands excellence and produces results. While Urban already enjoys a legacy in the game of football that few will ever match, his passion for the opportunity in front of him here in Jacksonville is powerful and unmistakable.”

Meyer is an exclusive group of coaches who have won national championships at multiple schools; only he and Saban have accomplished that feat, with Meyer doing it at Florida (2006, ’08) and Ohio State (2014). Curiously, Meyer had to go through Saban’s Alabama teams in his latter two national championship seasons, beating the Crimson Tide in the 2008 SEC championship game and the 2014 College Football Playoff semifinal.

Ties to the state of Florida

There’s no doubt Meyer’s ties to the state of Florida had a hand in his choosing Jacksonville over other head coaching opportunities with the Chargers, Falcons and Jets, among others. Jacksonville is only an hour-and-a-half drive from Gainesville, where Meyer coached the Gators for six seasons.

If Meyer, 56, intends to retire for good after his stint with the Jaguars, it makes sense for him to choose Jacksonville as his final coaching destination if he intends to reside permanently in the state afterward.

While Meyer will have to learn to navigate the draft, free agency and the trade market instead of cherry-picking the top players along the recruiting trail, he had a hand in developing those players into NFL-caliber talents. If he can have similar success with his Jaguars players already on the roster — and those he takes in the draft — there’s no reason to think Jacksonville can’t become a regular AFC South contender in the coming seasons.

Of paramount importance will be his success in developing that all-important position: quarterback.

Jacksonville’s quarterback situation was less than ideal in 2020 with Gardner Minshew II, rookie Jake Luton and Mike Glennon all struggling: They combined to complete 387 of 616 passes for 3,955 yards and 25 touchdowns to 16 interceptions. Luton and Glennon were winless as starters, and Minshew wasn’t much better, going 1-7 in eight starts.

Meyer will be asked to upgrade that position immediately, which he will be in prime position to do with the No. 1 overall pick. He has a moderate history of success with that position, helping Smith to become the No. 1 overall pick in the 2004 NFL Draft as well as recruiting future NFL MVP Cam Newton to Florida (Newton later transferred to Auburn after a one-year stint in JUCO). Meyer has also produced NFL draft picks in Tim Tebow, Cardale Jones and Dwayne Haskins, though none of those players ended up panning out professionally.

That leads to the most important question Meyer will face ahead of the 2021 NFL Draft:

There are more than a few people who watched the 2021 Sugar Bowl matchup between Ohio State’s Justin Fields and Clemson’s Trevor Lawrence and wondered if the Buckeye quarterback’s performance in that game should vault him to the No. 1 overall draft pick.

Fields was clearly the better of the two in their second all-time meeting; despite taking a nasty shot to the ribs, he completed 22 of 28 passes for 385 yards and six touchdowns to one interception. He also ran eight times for 42 yards. Compare that to Lawrence, who completed 33 of 48 passes for 400 yards but only two touchdowns and an interception.

Fields transferred to play for the Buckeyes in January 2019, the month after Meyer’s second retirement from football. So there’s no personal connection between the two that would sway Meyer to draft him over Lawrence. And while Meyer has lauded Fields’ natural ability and leadership — even comparing him to Deshaun Watson — he has already made an evaluation of who is better be better of the two:

Assuming Meyer’s evaluation hasn’t changed, he should take Lawrence with the top pick of the draft.

Despite his on-field success, Meyer does not have the cleanest record off it heading into Jacksonville: Both Ohio State and Florida faced scandals that have origins from when he led the programs.

Thirty-one Florida players were arrested while enrolled at school under Meyer from 2005-10. According to a 2013 report by the New York Times, 41 players on his 2008 national championship team — roughly a third — faced arrest either in college or after leaving Florida. The most notable of those is tight end Aaron Hernandez, who in 2015 was found guilty of first-degree murder.

Meyer in 2018 also came under fire for his relationship with Zach Smith, whom he kept on his staff at Florida and Ohio State despite reportedly having knowledge of domestic abuse between him and his wife, Courtney Smith. Meyer fired Smith in July 2018 after national football reporter Brett McMurphy published a story in which Courtney Smith discussed a 2009 incident of domestic abuse.

Meyer was placed on administrative leave because of the scandal, missing three games; he later announced his impending retirement, citing health concerns that were exacerbated due to Ohio State’s investigation.

It remains to be seen whether Meyer took lessons from those scandals, or if working with professional players — instead of 18- to 22-year-olds — will help him avoid any future issues.

Khan has been a largely hands-off owner of the Jaguars, resulting in a 41-106 record from 2012 to 2020. It stands to reason, then, that he will want more of a say in how the team is run and what players he thinks Meyer and the future general manager should go after.

That’s a far cry from Meyer’s experience at the collegiate level, where he maintained complete control of his respective programs — from recruiting, coaching, and roster management. It’s that lack of control that contributed to Saban return to the college game. Meyer’s ability to handle that will go a long way in how successful he is in Jacksonville, but he needs to be prepared to let Khan have a say — and to let his future general manager do their job as well.

Something else to consider: Meyer is not used to losing. His worst came in 2010, when Florida went 8-5 (.615). A comparable season in Jacksonville would be 10-7, or 11-6. It’s unlikely Meyer achieves double digit wins in his first season, or maybe even his second. He’ll have to be patient while building the organization up toward AFC South contention.