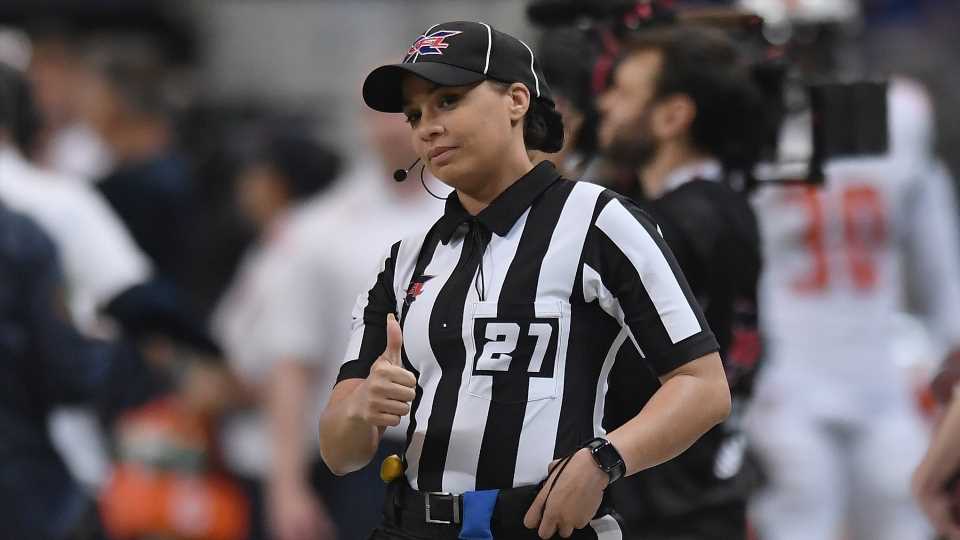 Maia Chaka has made history as the first Black woman to ever officiate an NFL game.

Chaka, who was hired by the league on March 5, worked as the line judge in Sunday’s Week 1 matchup between the Panthers and the Jets. She became the league’s third female on-field official following Shannon Eastin and Sarah Thomas.

“This historic moment to me is an honor, and it’s a privilege that I’ve been chosen to represent women and women of color in the most popular sport in America, proving that I can defy the odds and overcome and pretty much master a craft of a sport that I didn’t really play but I have a love and a passion for,” Chaka said in a social media statement. “And hopefully that just gives somebody else, you know, some inspiration and empowers them to step outside the box and do something different.”

Chaka previously worked with the Pac-12, Conference USA and the XFL. She was selected for the NFL’s Officiating Development Program — which identifies talented officials working in college and helps give them exposure and experiences like league referees — in 2014. She has also been a health and physical education teacher for students with unique needs at Renaissance Academy in Charlottesville, Virginia, since 2006.

At the school, Chaka has reportedly sponsored a mentorship club for girls and won a Teacher of the Year award multiple years ago. Her colleagues complimented her in a story from USA Today on her “tremendous amount of grace” and for being “a leader by example who inspires confidence.”

“We have a saying here, that ‘Great dreams need great teachers,’ ” said Dr. Aaron Spence, the superintendent of Virginia Beach City Public Schools, in the story. “She exemplifies that and is, quite frankly, a role model for so many people. For our young women who we hope can see what she has been able to accomplish because of her commitment to her career both as a teach and in athletics, to our African-American students — she’s an inspiration. We’re just so very proud of her.”

According to Today, Chaka received news she would become an official on March 1 from NFL vice president of officiating evaluation and development Wayne Mackie, one of her mentors and a former 10-year NFL official. It was a moment she called “nuts.”

“I asked him, ‘Hey are you punking me?’” Chaka said. ‘“You’ve gotta be kidding me.’ Because I’ve been at it for so long, I just never thought the day would come. I just enjoyed working.”

“I just want them to know if you have a passion for something and if have a drive for something, don’t let it hold you back just because you think that something may give you some type of limitation,” Chaka said.