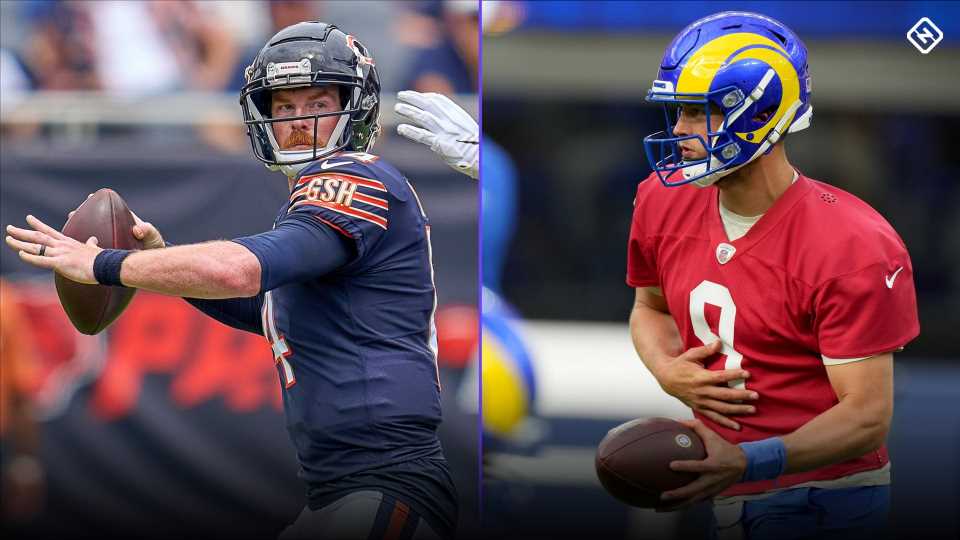 Stafford, acquired in a deal for former quarterback Jared Goff this past offseason, is coming off his eighth season with at least 4,000 passing yards, yet found himself mired in another losing season with the Lions as Detroit fell to 5-11. Now surrounded with a stronger cast with the Rams, he’ll look to kick his season off right with a win against the Bears on Sunday.

The Bears will also be starting their recent offseason acquisition, though it will come much to the chagrin of Chicago fans . Andy Dalton will make the start for the Bears instead of rookie QB Justin Fields.

Between the two quarterbacks, there is a — rather unfortunate — bit of notoriety that will come with a loss tonight. Among NFL quarterbacks with at least 20 starts in prime time, Dalton (.261) and Stafford (.300) have the two lowest winning percentages in prime time games, according to StatHead. The winner of the game will grab their seventh win — Dalton would be 7-17 with a win; Stafford would be 7-14 — and place the other in last place.

What channel is Bears vs. Rams on today?

This will be the first “Sunday Night Football” matchup of the season. The game will be broadcast on NBC with Al Michaels calling play-by-play and Cris Collinsworth providing analysis. Michele Tafoya will be reporting from the sidelines.

There will be added intrigue during NBC’s “Football Night in America” leading up to coverage of the game as NBC will debut both Drew Brees and Maria Taylor in their new roles with the network.

In Canada, viewers can watch Bears vs. Rams on DAZN, which has rights to every NFL game.

The Bears vs. Rams matchup will cap off the first full day of NFL action in the 2021 season. It is scheduled to kickoff at 8:20 p.m. ET.