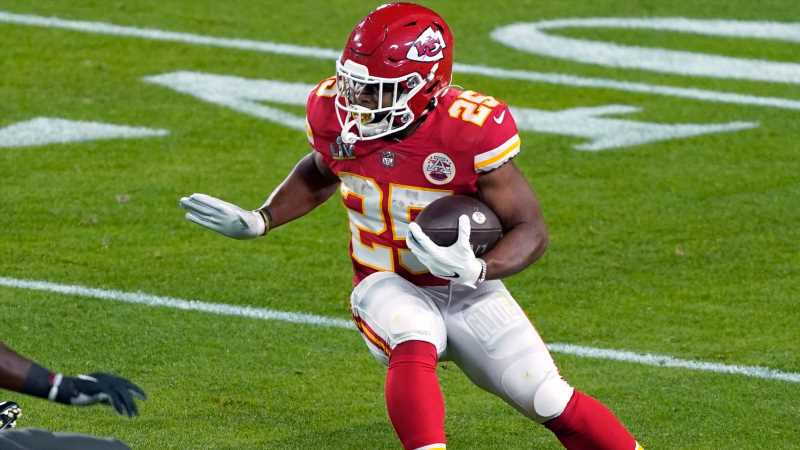 The LA Chargers electric running back Austin Ekeler, Kansas’ first-round pick from 2020 Clyde Edwards-Helaire and veteran quarterback Josh McCown will be on hand to deliver their own perspectives on how the Draft played out for them.

In Ekeler’s case, he went undrafted before making his mark as an explosive playmaker, McCown was a third-round pick for Arizona who has gone on to be part of 10 different NFL franchises while Edwards-Helaire was a first-round pick by the Super Bowl champions Kansas last year.

On Monday the Sky Sports NFL channel replaces Sky Sports Action and will run through until Friday, May 7, giving you plenty of time to build up to the Draft and react to it as well.

Inside the Huddle will have a full preview show on Tuesday, while there will be live coverage from Path to the Draft all week with NFL Network’s Daniel Jeremiah revealing his final Mock Draft alongside a host of other programming including Good Morning Football and Pro Football Talk.

For the first time ever we’ll have our own Sky Sports build-up show from 8pm on Thursday, April 29. Neil Reynolds will lead our coverage with a host of guest contributors as we take you up to midnight and the red carpet arrivals where we hand over to Rich Eisen, Jeremiah and the NFL Network team, who will build up to the first overall pick.

The Jags will be on the clock at 1am – and you’ll have all you need to get fully up to speed.

Don’t miss a moment of the 2021 NFL Draft with build-up all week and for all three days starting on Thursday, April 29 with a day of dedicated coverage that includes a full Sky Sports NFL preview show, live coverage from the red carpet from midnight and then all 32 first-round picks from 1am