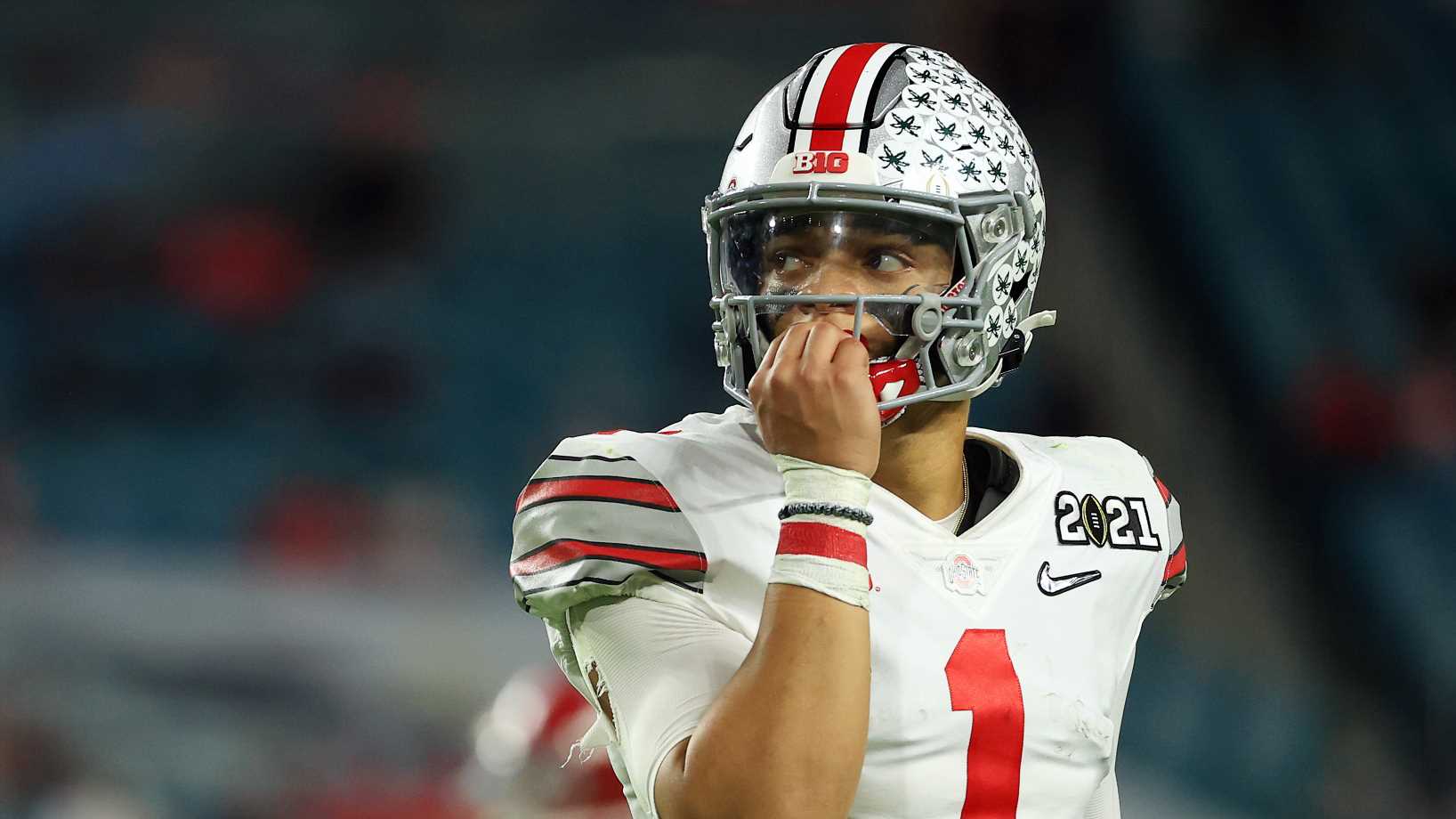 Justin Fields was very close to ending up with a different NFC North team.

The Bears made the biggest splash during the first round of the 2021 NFL Draft, moving up nine spots to grab the sliding Ohio State QB 11th overall. They sent the Giants a future first-round pick and more to secure the pick.

But the Bears didn’t just take Fields for themselves — they kept the uber-talented passer away from a division rival. Per ESPN’s Courtney Cronin, the Vikings were ready to select Fields with the No. 14 overall pick, but the Bears’ massive move up to No. 11 stunned Minnesota and left the team without an immediate QB selection in that spot.

The Vikings made several attempts to trade up, per Cronin, but no teams bit. Cronin reports that the Vikings were high on tackle Rashawn Slater (he went No. 13 to the Chargers) and eventually accepted a move back to No. 23, trading down with the Jets after Slater was off the board.

The Jets would select USC offensive lineman Alijah Vera-Tucker at No. 14, while the Vikings would select Virginia Tech tackle Christian Darrisaw at No. 23. Minnesota would later use one of the third-round picks sent from the Jets to select Texas A&M quarterback Kellen Mond.

The Vikings weren’t “desperate” enough to move up to select Fields, per Cronin, but would have had a set succession plan in place after incumbent QB Kirk Cousins’ departure. Instead, they hung back and selected Mond.

Minnesota brass had let Cousins know that they were looking to select a quarterback in the draft, as to not blindside him.

The Vikings, though, will now have to face Fields twice a year instead. Here’s to hoping the decision not to trade up doesn’t come back to bite them.