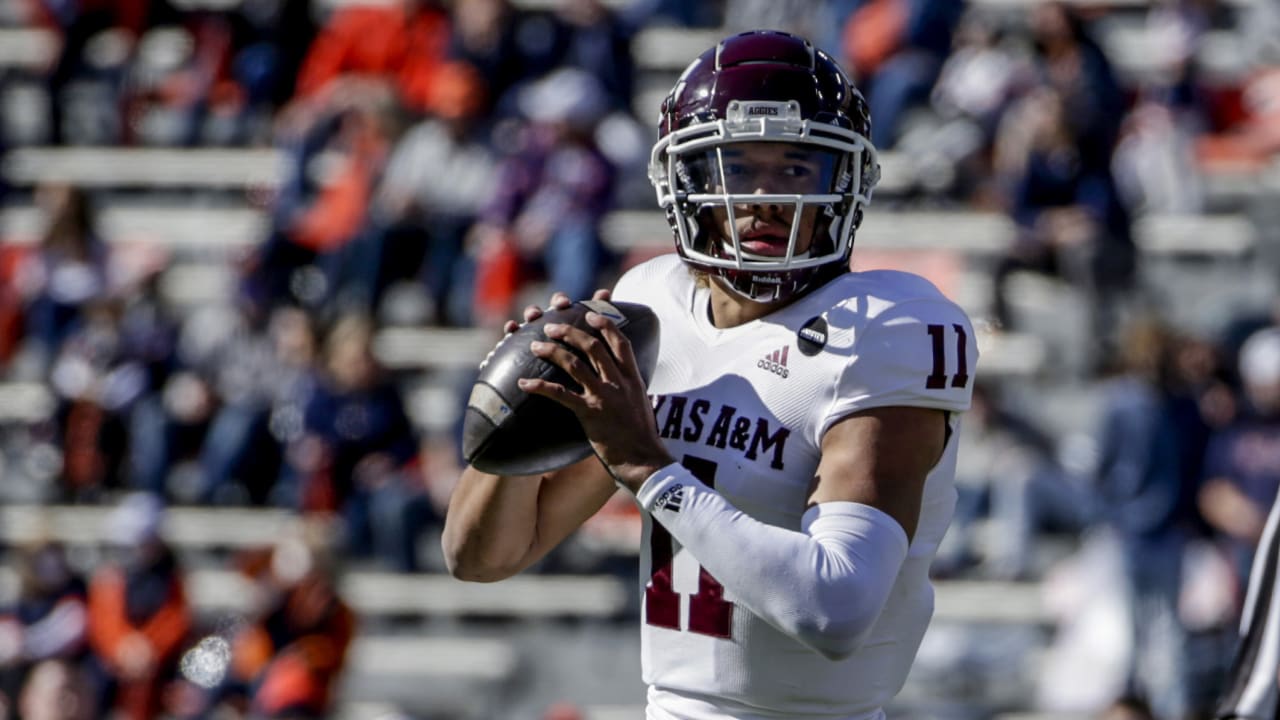 ﻿Kirk Cousins﻿ isn’t going anywhere any time soon, but the Vikings scooped up a quality backup in the third round.

Minnesota selected Texas A&M signal-caller Kellen Mond with the 66th overall pick of the 2021 NFL Draft on Friday in Cleveland.

Mond has seen plenty in his football life even before he realized his NFL dream. Mond spent four full seasons with the Aggies, appearing in 11 games as a freshman before entrenching himself as Texas A&M’s offensive leader in 2018 and 2019, earning the team’s offensive MVP in consecutive seasons. Mond’s final season saw him reset the school’s all-time records for career passing yards, passing touchdowns, completions and attempts, and Mond tied Johnny Manziel for the most total touchdowns in school history with 93.

Mond followed up his record-breaking finish at Texas A&M with a premier performance in the 2021 Senior Bowl, winning the game’s most valuable player.

Mond is best when he’s not asked to do too much, and while the term “game manager” might carry some negative connotation, it’s exactly what the Vikings need out of a backup. Mond can step into Minnesota’s run-first offense and execute it efficiently while leaning on the exploits of ﻿Dalvin Cook﻿ and Co. Over time, he could develop into a quality starter, too, after spending time behind Cousins.

For now, Mond’s selection provides security in the form of a seasoned passer who is mature enough to pick up Minnesota’s offensive system and be counted on in case of emergency. Down the road, there’s a chance he ends up being the guy to succeed Cousins.