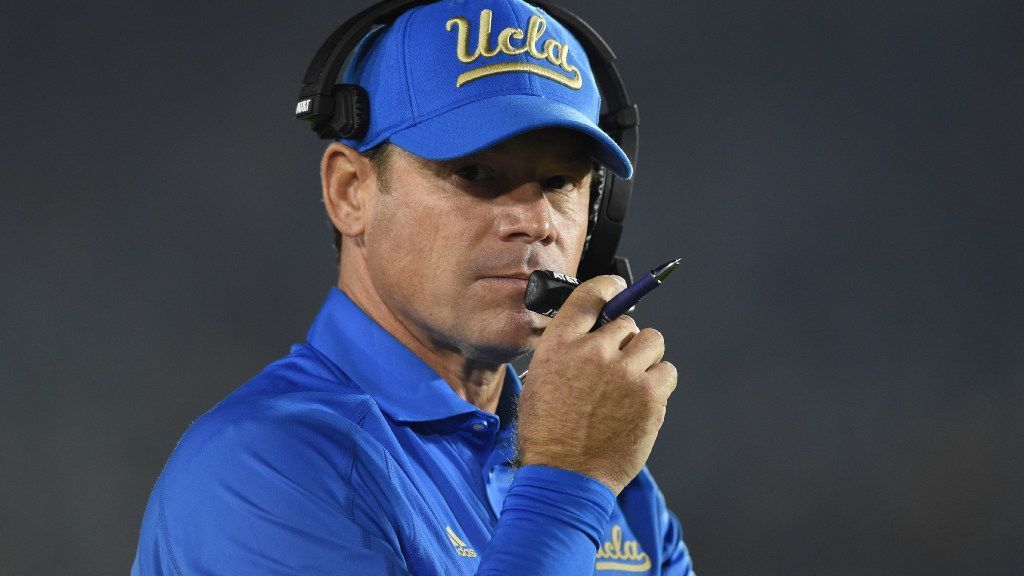 Mora and UConn have agreed to a five-year contract in which he will make $1.5 million in the first season and could earn another $200,000 in annual performance incentives. He will begin his head-coaching duties Nov. 28 and will serve as an assistant coach for the rest of the 2021 season, which will allow him to recruit.

“This program is loaded with potential, and I look forward to getting to know the student-athletes on the team and am eager to get to work!” Mora said in a statement.

UConn announced in September that Randy Edsall would step down as coach. Edsall went 6-32 in his second stint as Huskies coach after guiding the program to two Big East titles and a Fiesta Bowl appearance during his first run from 1999 to 2010. This season, the Huskies are 1-8, with their only win coming against Yale, an FCS team from the Ivy League.

“Jim is a proven winner, a man of integrity, and he possesses the experience and the energy to lead our football program back to success,” Benedict said in a statement. “Jim is excited and undaunted by this challenge, and we both know that this program has great potential. I’m certain that, under Coach Mora’s leadership, UConn football will once again realize that potential.”

Mora spent the first 25 years of his coaching career in the NFL, including head-coaching stops with the Atlanta Falcons (2004-06) and Seattle Seahawks (2009). UConn will mark just his second stop as a college coach and first in the Northeast.