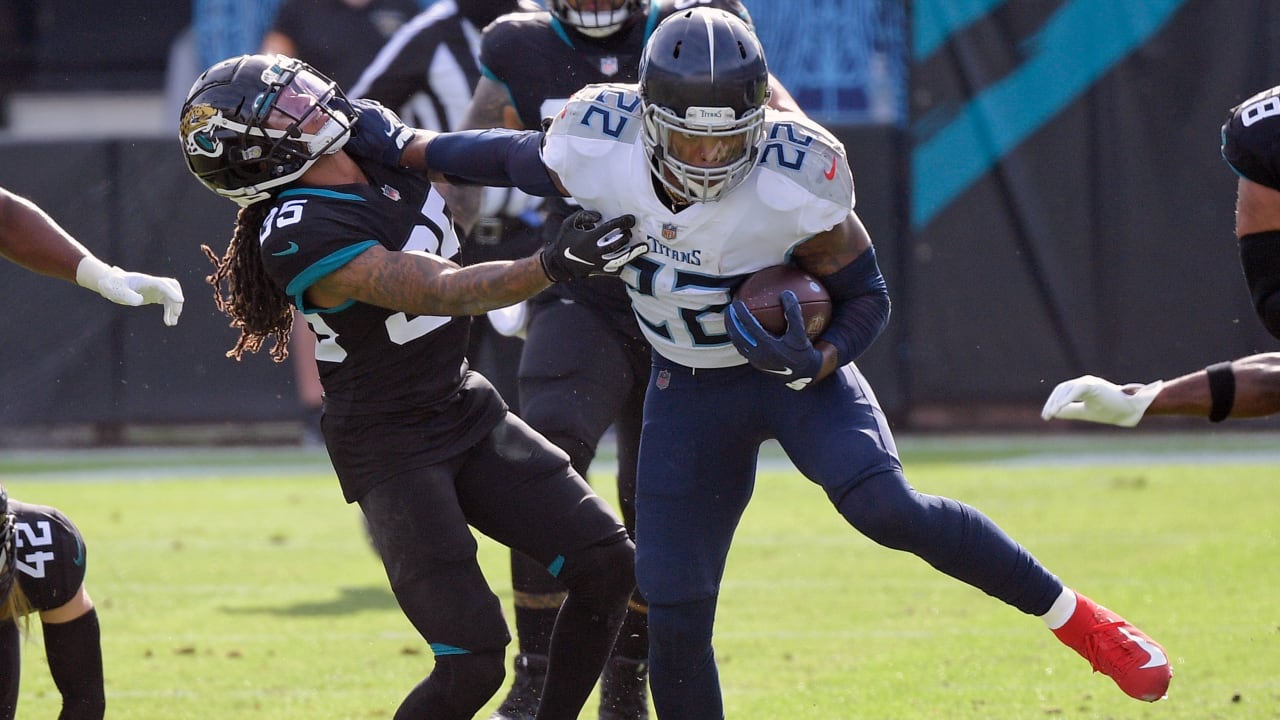 It’s a long shot – or perhaps better yet, a long run – that the Tennessee Titans’ star running back will hit one of the league’s most storied marks this regular season. But the setting is definitely right for the outstanding to happen.

Derrick Henry ‘s 223 yards away from becoming the eighth player to rush for 2,000 yards in a single season.

Steep as that hill might appear to climb, Henry’s facing the perfect opponent to make that history in the Houston Texans.

A season ago in Week 17, Henry ran through the Texans defense for 211 yards and aided in the Titans clinching a playoff berth in the process. In Week 6 this season, Henry rumbled past Houston defenders for 212 yards.

With Tennessee vying for a postseason spot and Henry hoping for a milestone, the Titans locomotive is also on track for more history, as no player in the Super Bowl era has had 200-plus rushing yards in three games against one opponent, per NFL Research.

With Henry leading the league with 1,777 yards rushing and the Texans defense 31st in the NFL against the rush, it would appear there’s at least a chance for some history.

History has already been made by Henry for all intents and purposes, as it’s a formality that he will become the first back-to-back rushing champion since Hall of Famer LaDainian Tomlinson with the Chargers in 2006-07.

Henry’s 1,777 yards – which is already 23rd all-time in a single season – is 220 yards more than the closest runner, Minnesota’s Dalvin Cook. With Cook set to miss the season finale due to a family tragedy and Henry having routed the rest of the rushing field, a consecutive rushing crown for King Henry is all but assured.

Gaining 2,000 yards certainly is not.

Averaging a league-best 105 yards per game, Henry needs to more than double that. Henry’s churned out four 200-yard regular season games in his career, including the aforementioned pair against the Texans. The other two were against the Jaguars – one this season and another in 2018 in which he galloped to a career-high 238. So, he’s done what he needs to get done for 2,000 before.

And the Titans are 4-0 when Henry hits 200 yards in a game. With a victory over Houston ushering Tennessee back into the playoffs, a big day for Henry and the Titans could be upon the horizon.