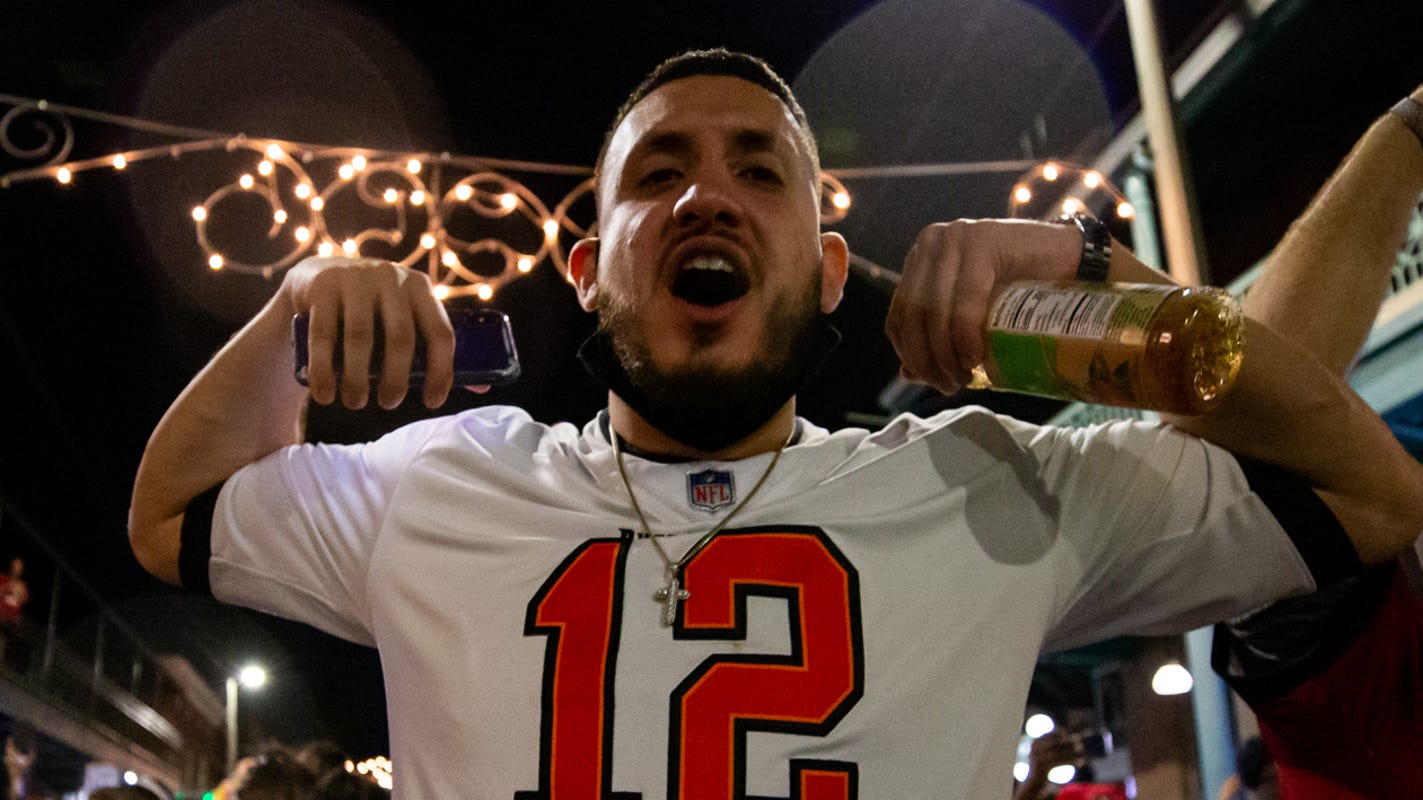 TAMPA, Fla. — Thousands of people took to the roads and the streets across this city Sunday night after the Tampa Bay Buccaneers beat the Kansas City Chiefs 31-9 in Super Bowl 55. What many didn’t bring to the impromptu celebration was masks.

“It’s been a long year with COVID,’’ said Kyle Bradshaw, 25, wearing a Tom Brady jersey. “People are ready to party.’’

Fans celebrate in the streets of Ybor City in Tampa, Florida, after the Buccaneers defeated the Chiefs in Super Bowl 55. (Photo: Mary Holt, USA TODAY Sports)

At one point, a handful of people pounded on a shuttle bus carrying media from the stadium to the convention center. But there was no sign of violence as police watched without interfering.

A half-hour after the game ended, cars on Dale Mabry Highway, a main road leading to Raymond James Stadium, sat in bumper-to-bumper traffic that stretched about a half-mile long. Some people sat outside on car doors, popped their heads through sunroofs or got out of the cars and danced in the street.

Tom Brady's greatest gift to the Bucs?: Making them believe they could be champions.

Ranking all 55 Super Bowls from best to worst: Chiefs part of some ugly Super Sundays

Five miles away, the roads were just as congested near the convention center.

About a mile away, around the University of Tampa, packs of students roamed the streets, with some shouting “Tom Brady’’ and others shouting “Go, Bucs.’’ Few of the students were wearing masks. 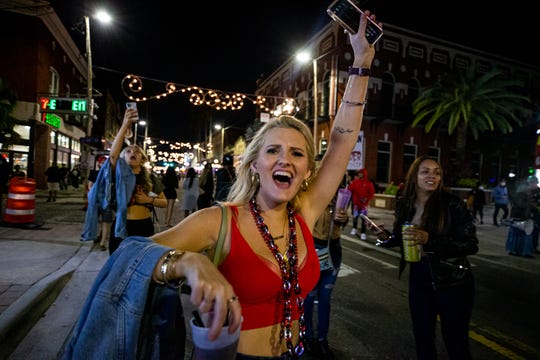 Fans celebrate in the streets of Ybor City in Tampa, Florida, after the Buccaneers beat the Chiefs in Super Bowl 55. (Photo: Mary Holt, USA TODAY Sports)

Earlier in the day, a spokesman for the Florida Department of Health in Hillsborough County, which encompasses Tampa, told USA TODAY Sports, “As of today, no clusters have been linked to Super Bowl activities.’’ But the spokesman, Kevin Watler, added, “Post-Super Bowl, we will continue close monitoring.”

Before the game, Ashley Bauman, a spokesperson for Tampa mayor Jane Castor, said code enforcement officers and police were out.

“They are working round the clock to ensure the public safety and community, both residents and visitors alike. Unfortunately people will have to use some personal responsibility." 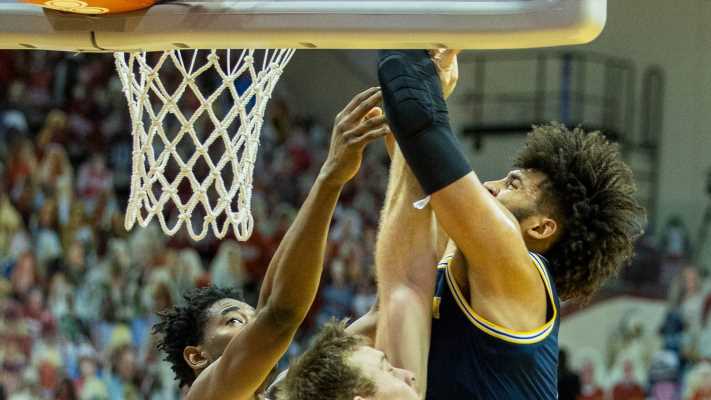 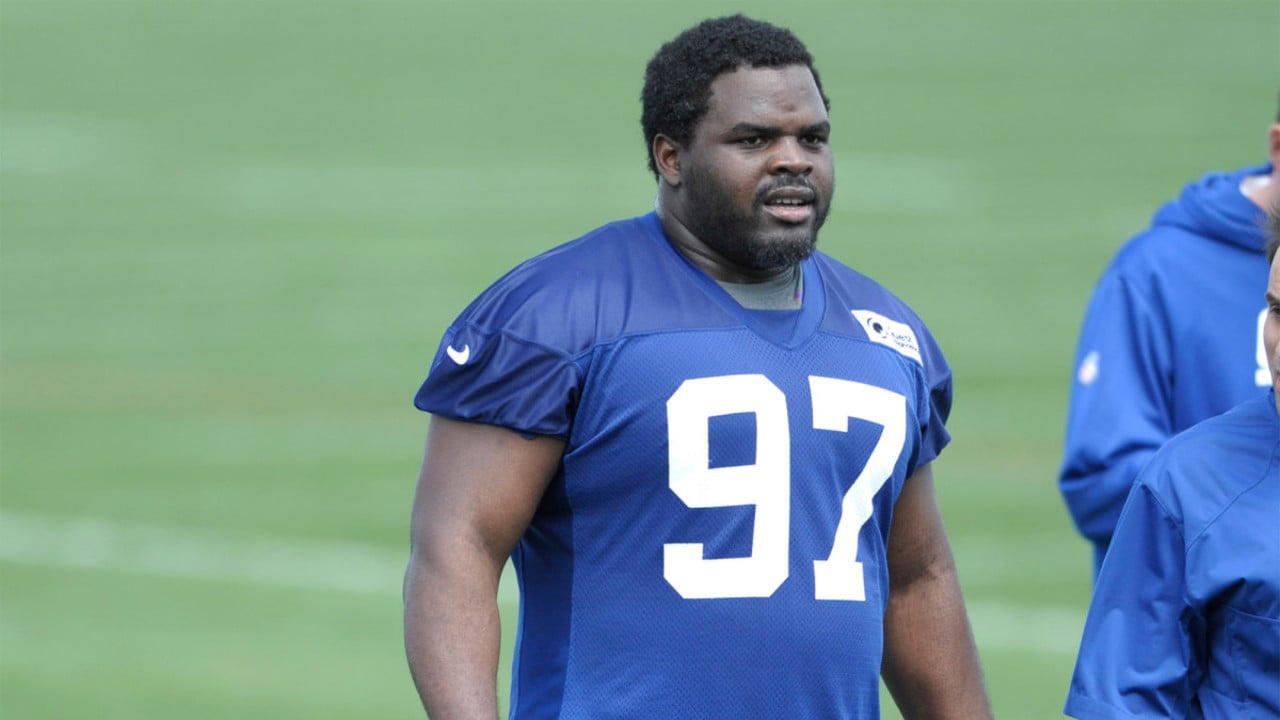 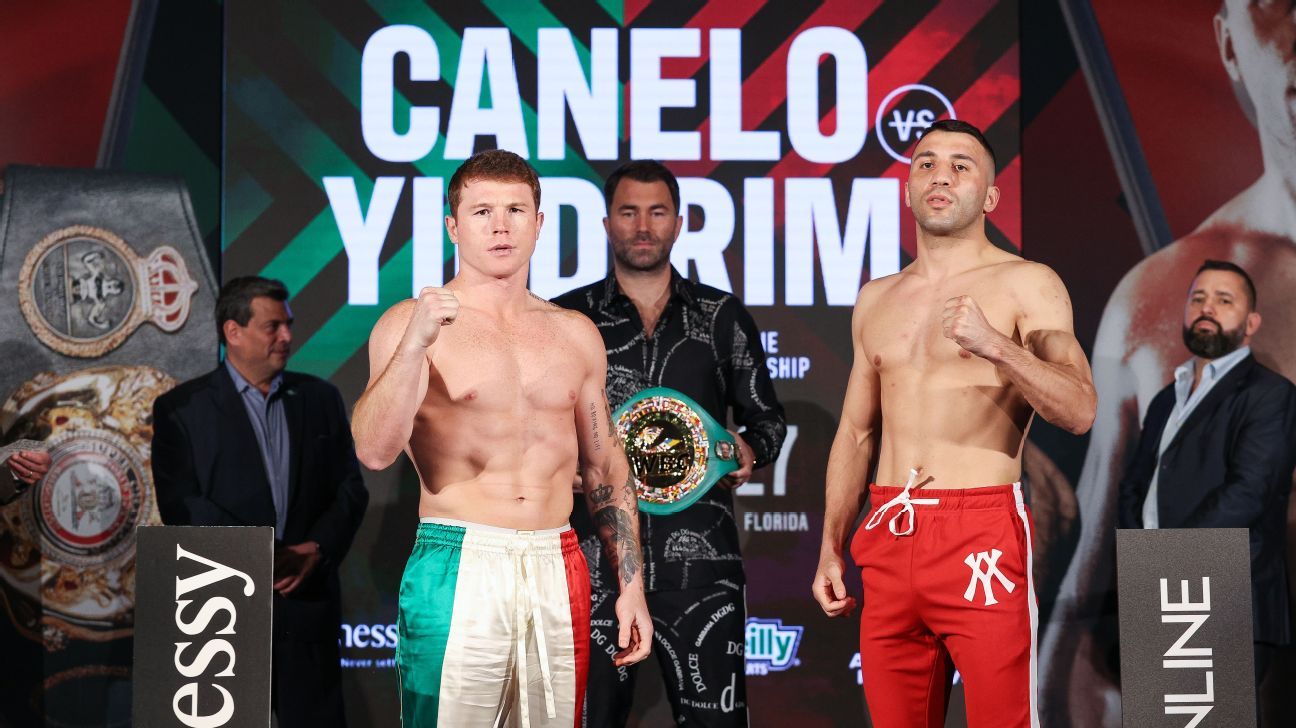