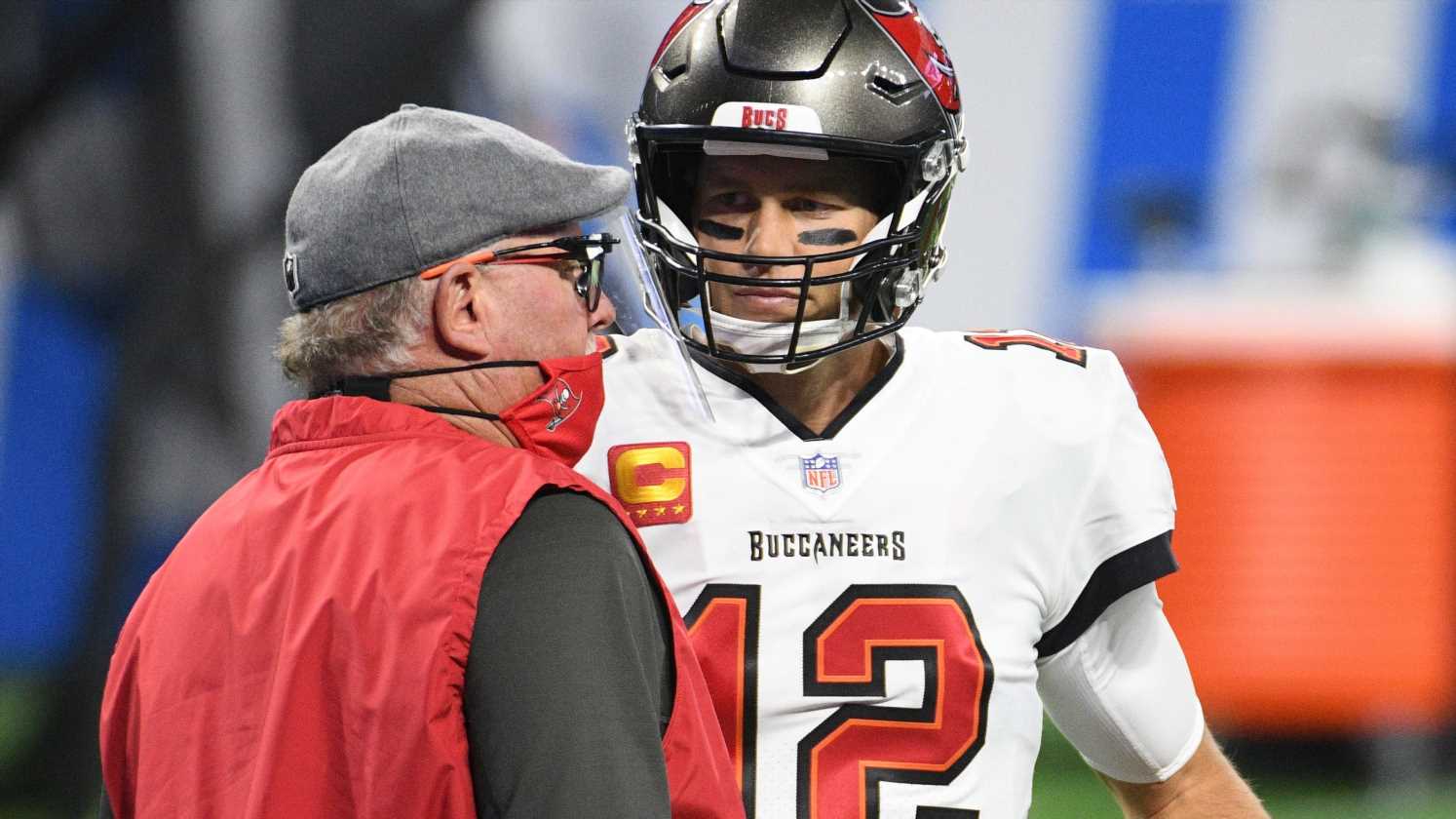 Worst road trip: After Santa Clara County officials placed restrictions on contact sports, banning games and practices alike, the 49ers relocated to Arizona in early December. They holed up at a hotel in walking distance to State Farm Stadium, practicing on outdoor fields the Cardinals use for training camp in addition to playing their final two home games (and a road game against the Cardinals) at the stadium. The trying, injury-ravaged season became doubly difficult with the separation from families during the holidays. And all without a playoff berth. At the time , the COVID-19 statistics were worse in Maricopa County (Arizona) than in Santa Clara.

Best messaging: After the death of George Floyd, several NFL players, including Mahomes, Saints receiver Michael Thomas and Vikings linebacker Eric Kendricks  participated in a video that spoke to the social issues that ignited "Black Lives Matter" protests across the nation. The video also inspired a response from NFL Commissioner Roger Goodell with a pledge to better support the concerns of players and African-Americans at large.

Best finish: Lamar Jackson’s legendary Dec. 14 performance to rally the Ravens to a dramatic win at Cleveland on a "Monday Night Football" stage was an NFL version of Willis Reed’s classic NBA Finals moment from the ‘70s. Jackson left the game early in the fourth quarter to get treatment for cramps and watched on TV from the locker room as his team squandered a 14-point lead. After backup quarterback Trace McSorley suffered a knee injury at the 2-minute warning, Jackson trotted out of the locker room and back into action. He threw a 44-yard TD pass to Marquis Brown on his first snap, then used his arm — not legs — to set up the game-sealing field goal.

Worst finish: The Falcons gift-wrapped Dallas’ huge comeback victory in Week 2 by bungling the Cowboys’ desperate onside kick in the final seconds. At least three Falcons hovered around the football, apparently waiting, like the Cowboys, for the football to travel 10 yards. Did these guys know the rules? Dallas knew to pounce on the ball (after 10 yards), which was just what was needed to start a short, quick drive that ended with the game-winning field goal.

Best bang for Buc: Tampa Bay lured Tom Brady with a two-year, $50 million free-agent deal that instantly made the Buccaneers relevant . Although the pandemic kept the team from playing before a packed stadium,  the marketing impact came ASAP. And then there was the on-the-field product. Brady led the Bucs to their first playoff berth in 13 years.

MORE: When in 2021 will pro, college and youth sports return to normal?

Worst transition: Brady 1, Belichick 0. The post-TB12 era for the Patriots began with the franchise’s first losing season since 2000. The genius of Bill Belichick could go only so far with Brady gone, the defense thinned by free-agent departures and COVID-19 opt-outs. Cam Newton, trying to revitalize his career after getting dumped by the Panthers, heads into Week 17 with five TD passes — for the season!

Best ballot measure: Patrick Mahomes and fellow Chiefs star Tyrann Mathieu led the effort to utilize Arrowhead Stadium as a polling site on Election Day — which included the purchase of new voting machines that can be used for years. One of the first people in line to vote? Chiefs coach Andy Reid.

Best catch: DeAndre Hopkins snagged Kyler’s "Hail Murray” pass to lift the Cardinals to an improbable Week 10 victory that seemed to come straight out of a movie. Remember Rod Tidwell in Jerry Maguire? Hollywood stuff. And three words for the three Bills defenders who surrounded Hopkins: You got Mossed!

Worst injury scene: Cowboys quarterback Dak Prescott suffered a gruesome compound fracture that instantly ended his season in Week 5. Then there was the flood of emotion as Prescott was carted off as tears streamed down his face. Prescott led the NFL in passing yards when disaster struck, which was quite a response after offseason setbacks that included the loss of his brother. He’ll bounce back in 2021 … as will the Cowboys in locking up Prescott with a long-term contract that reflects market value for a top quarterback.

Best draft-day prop: Nike, Bill Belichick’s dog, made a cameo appearance during the draft and stole the buzz after the Patriots coach positioned the Alaskan Klee Kai in front of a laptop for the TV cameras positioned at the homes of decision-makers. So now you know: Belichick indeed has a sense of humor beneath his gruff exterior.

Worst rookie moves: Seahawks undrafted rookie cornerback Kemah Siverand was cut after being caught trying to sneak a woman into the team’s hotel during training camp, a clear violation of COVID-19 protocols. Titans first-round pick Isaiah Wilson was placed on the COVID-19 reserve list on two occasions and arrested on DUI charges in September. Wilson attended a party near Tennessee State University, a violation of the pandemic protocols.

Best shoes: To mark the occasion of playing on Christmas Day, Saints running back Alvin Kamara wore a red shoe and a green shoe. Then he scored six rushing touchdowns to tie the 91-year-old record set by Ernie Nevers. Talk about holiday spirit. Will he draw an NFL fine? Saints defensive end Cameron Jordan suggests charging the Pro Football Hall of Fame whatever amount the fine is, as the Hall would typically want the cleats to put on display.

Worst compliance: Ravens strength and conditioning coach Steve Saunders was suspended by the team for his apparent role in the outbreak that resulted in more than 20 players and staff contracting COVID-19. Saunders failed to report symptoms, routinely didn’t wear a mask and removed his tracking device. Stunning that such behavior would come from a member of John Harbaugh’s coaching staff, who theoretically would set the proper example within the team’s culture. That Saunders returned from his suspension in late December — rather than being fired — is a bit of a surprise, given all of the efforts in the NFL to mitigate risk in battling the virus.

Best performance on a Tuesday night: Given pandemic-induced adjustments (and the holiday calendar), the NFL staged games on every day of the week this season for the first time in league history. This included a monster game by the Titans on “Tuesday Night Football” as they returned from a 17-day gap between games caused by the league’s first COVID-19 outbreak. Tennessee had 24 cases of COVID-19 among players, coaches and staff, yet answered the question of how it would respond from the lengthy layoff in resounding fashion. It crushed Buffalo, 42-16, in a matchup of unbeatens.

Worst defiance: Broncos quarterbacks Drew Lock, Brett Rypien and Blake Bortles wound up on the COVID-19 list and ineligible for a Week 12 game against New Orleans — forcing Denver to play with emergency quarterback Kendall Hinton, a receiver elevated from the practice squad — after defying the pandemic protocols and meeting at the team’s headquarters while not wearing masks. Hinton managed one completion in nine attempts for 13 yards in what will be remembered as one of the most bizarre losses in franchise history.

Best sub: Ryan Fitzpatrick. Miami coach Brian Flores knew exactly what button to push when his team needed a rally during a must-win challenge at Las Vegas in Week 16. He summoned “Fitzmagic” to move the offense that was sputtering with rookie quarterback Tua Tagovailoa. Not even Flores in his wildest dreams could imagine that the Dolphins, starting their final possession with just 19 seconds and no timeouts, would ultimately win. The veteran journeyman quarterback completed a 34-yard pass to Mack Hollins as his helmet was yanked sideways — a “no-look” pass that drew a facemask flag — that set up a game-winning field goal.

Worst party animal: Dwayne Haskins. Following a loss against Seattle, the then-Washington quarterback went to a party at a nightclub and didn’t wear a mask while in the presence of others without masks — a violation of the NFL’s COVID-19 protocols. In Haskins’ case, make that another violation. He was stripped of his captaincy and fined $40,000. Then came a dreadful performance in a loss to the Panthers the following week as he subbed for an injured Alex Smith — a game in which the team could have clinched the NFC East title. Then came his release. Never mind that Haskins was drafted in the first round in 2019, or that the condition of Smith’s calf is iffy. Coach Ron Rivera, trying to establish a culture, had seen enough.

Best way to end a drought: The Buffalo Bills won the AFC East title for the first time in 25 years and are poised to enter the playoffs for the third time in four seasons under coach Sean McDermott. The factors are many, including the continued development of young quarterback Josh Allen and the acquisition of wide receiver Stefon Diggs, obtained from the Vikings in one of the most fruitful trades of 2020.

Worst pregame diva act: Steelers receiver JuJu Smith-Schuster thought it was cool to dance on the midfield logos in a look-at-me pregame ritual. Then the buffoonish act appeared even more foolish — and a distraction — as the Steelers dropped three consecutive games following an 11-0 start. That Smith-Schuster has craved attention on TikTok may reflect the priorities of a younger generation, but some attention is not worth having. At least he delivered in crunch time after announcing the pre-game ritual was history, as his hauled in a 25-yard TD to cap the huge comeback win against the Colts in Week 16.

Best L.A. quarterback: Emerging Chargers star Justin Herbert set the NFL record for touchdown passes by a rookie with his 28th scoring strike. Herbert, picked sixth overall from Oregon, started the season as the backup. But after the unfortunate, freak accident for Tyrod Taylor, whose lung was punctured while receiving a pain-killing injection shortly before a Week 2 contest, Herbert stepped in and quickly demonstrated he belonged. It’s a contrast to the trajectory that L.A.’s other quarterback, Jared Goff, has been on while guiding a Rams offense that has lost significant pop in the two years since the Super Bowl season.