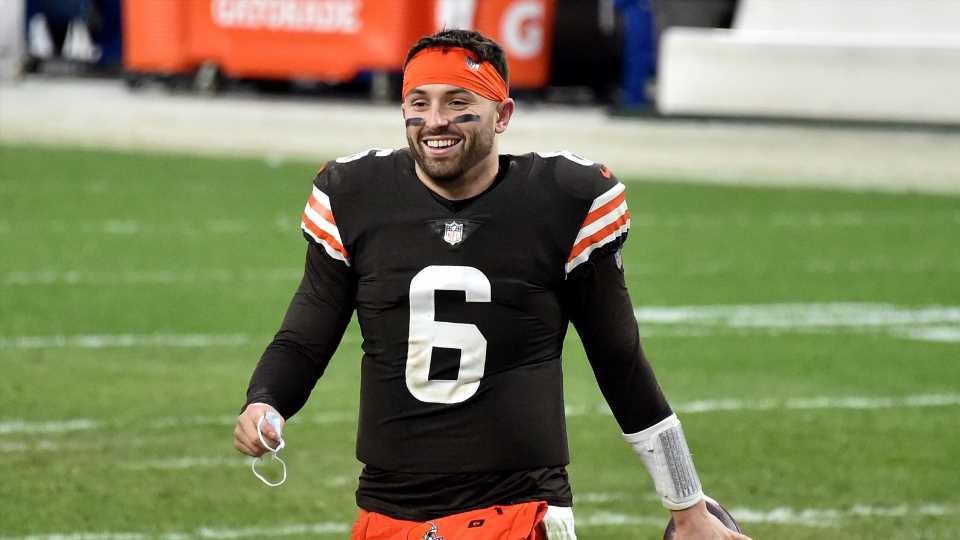 The moment doesn’t require a fancy phrase. There are enough of those in Browns folklore that conjure up memories of heartbreak.

Baker Mayfield put the Browns’ playoff fate in his hands, and he made the play. On a third-and-2 with 1:10 remaining in the game, he took a quarterback sweep 3 yards for a first down. The conversion clinched a 24-22 victory over the Steelers and ended Cleveland’s endless 18-year postseason drought.

It’s a moment Browns fans won’t forget, but now it’s fair to ask more from Mayfield, the franchise quarterback who ended the Browns’ quarterback carousel — and took the fan base on an emotional roller-coaster ride Sunday.

Now add another word: anticipation. If Mayfield plays the way he did in the second half of Week 17, then Cleveland can be a tough out in the AFC playoffs. Mayfield will get a chance to prove it when Cleveland (11-5) faces Pittsburgh (12-4) in the wild-card round next weekend.

Of course, with the stakes raised, the Steelers won’t be resting key players such as Ben Roethlisberger, Cam Heyward and T.J. Watt again. Roethlisberger is 24-2-1 against the Browns as a starter and Mayfield is 0-3 at Heinz Field. Pittsburgh, which won the AFC North but lost four of its last five games to close the 2020 regular season, will be heavily favored.

Success, then, will hinge even more on Mayfield, who is tasked with leading Cleveland to its first playoff victory since 1994.

Mayfield was shaky early Sunday. He hit just 7 of 15 passes for 104 yards in the first half, and Cleveland led just 10-9 after the Steelers kicked a field goal with 8:34 remaining in the third quarter.

That’s when Mayfield led a businesslike drive that turned the momentum in Cleveland’s favor. He stepped through a blitz for a 28-yard scramble. He completed 4 of 4 passes for 49 yards, including a 2-yard touchdown to Austin Hooper. Cleveland expanded its lead, and Pittsburgh backup quarterback Mason Rudolph threw an interception on the next possession, which the Browns turned into another TD.

Rudolph eventually put the Steelers in position to tie the game late in the fourth quarter, but he missed on a 2-point conversion pass to Chase Claypool. Stephen Carlson pulled an onside kick from between his legs, and Mayfield ended the anxiety three plays later with his keeper.

Now comes the fun part. The Browns and Steelers will match up for the first time in the postseason since Kelly Holcomb and Tommy Maddox put on a show in Pittsburgh’s 36-33 wild-card victory on Jan. 5, 2003. Mayfield-Roethlisberger could be every bit as dramatic.

For the first time since 1999, the Browns can steal the spotlight from their longtime rivals. First-year coach Kevin Stefanski is an excellent candidate for Coach of the Year. The two-headed rushing attack of Nick Chubb and Kareem Hunt is ideal for playoff football, and the defense, led by Myles Garrett, has improved.

The postseason still hinges on quarterback play, however, and this will be Mayfield’s first time on that stage. The Bills’ Josh Allen and the Ravens’ Lamar Jackson are still looking for their first postseason victories.

In the his three previous visits to Heinz Field, Mayfield is 50 of 86 (58.1 percent) with four TDs and four interceptions. He has averaged 165 yards passing. Roethlisberger is 13-8 in the postseason with three Super Bowl appearances.

Still, this matchup is interesting, and to dismiss the Browns would be a mistake.

We will find out Mayfield’s feeling next weekend.

There’s a fancy phrase for that. It will be required.