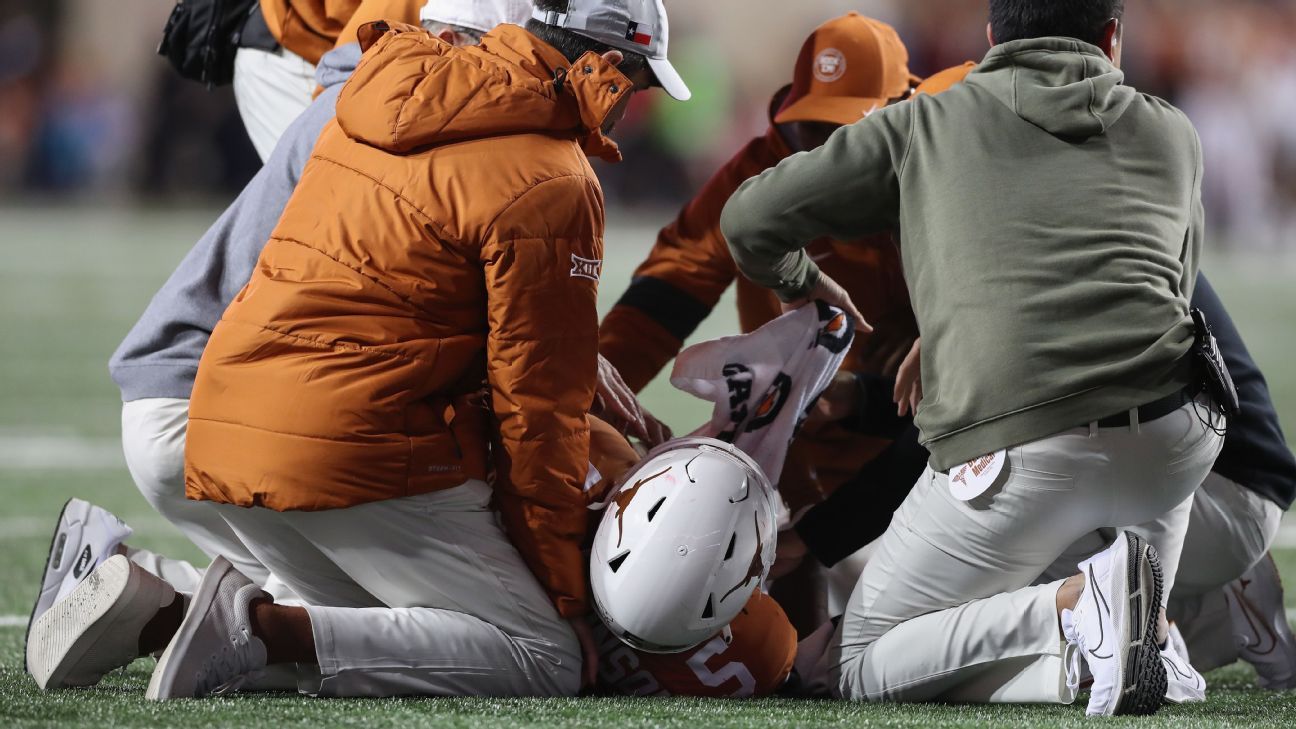 Sarkisian announced on Monday that star running back Bijan Robinson will miss the rest of the football season with a dislocated elbow. Robinson, the team’s leading rusher with 1,127 yards and 11 touchdowns, was injured late in the third quarter of the Longhorns’ 57-56 overtime loss to Kansas Jayhawks at home on Saturday night.

“We want him to get healthy and get himself back because I think he’s primed for a big-time junior season,” Sarkisian said.

The Longhorns have dropped five straight games, their longest losing streak since 1956. At 4-6 overall, they’ll have to win their final two games — on the road at West Virginia on Saturday (noon ET, ESPN2 and ESPN+) and home against Kansas State on Nov. 26 — to go bowling.

Without Robinson, the Longhorns will have to turn to junior Roschon Johnson, freshman Jonathan Brooks and Alabama transfer Keilan Robinson. Sarkisian said Robinson, who missed the Kansas game, is expected to clear COVID-19 protocols Tuesday and should be available to play at West Virginia.

Sarkisian said slot receiver Jordan Whittington could also return after missing the past four games with a broken clavicle.