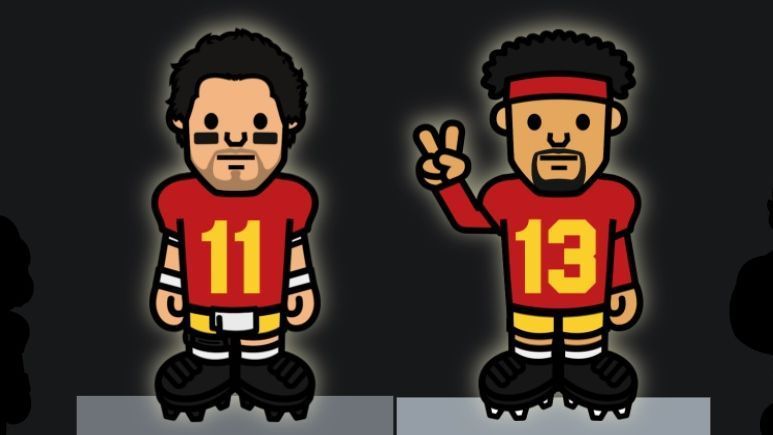 In this week’s NFT roundup, we have appearances by the likes of Vladimir Guerrero Jr. and Ronald Acuna Jr., as well as Paige Bueckers testing out NFTs through Meta and a new initiative by a pair of USC Trojans.

Let’s get into it.

Meta (the company formerly known as Facebook) will begin letting users post NFTs on Instagram through a test with 16 influencers — one being the UConn Huskies basketball star.

“I’m excited to be among the first creators to be able to share NFT’s on Instagram and it’s my honor to have acquired a piece from @swopes incredible Sunrise Art Club @ilovesunriseart,” Bueckers said in her post.

“The chance to be a part of a global community that celebrates Justice, Opportunity, and Community and centers education and wellness in empowering WOC via projects and representation in the NFT community is beautiful. I’m here learning and am so inspired by all the artists, creators and collectors I’m meeting. This image representing the dawn of a new day moves me.”

According to Mark Zuckerberg, the company CEO, “similar functionality” will also be coming soon to Facebook.

On May 9, NBA Top Shot (the Association’s hub for NFTs) announced that ESPN broadcaster Doris Burke officially became the voice of the 2022 NBA playoffs on Top Shot.

“Every playoff moment tells a story, and from the first round to the finals, some of those stories will be brought to life with new narration from Doris in our first-ever broadcaster partnership,” the platform said in a release. “She’s hand-picking her favorite plays and moments from every round to share her excitement and expertise with NBA Top Shot fans and collectors, making each officially licensed NFT capturing NBA history even more special.”

On the homepage of the platform, it says it was “created so amateur athletes can connect with their most loyal fans and offer ownership and access to future experiences.”

Leinart told Boardroom: “All athletes grow up dreaming of becoming the greatest of all time in their sport, but as we know, few if any achieve this title,” he said. “The lifespan of an athlete’s career at the high school, college and pro levels is so short that it’s imperative to make the most of the limited window to build your personal brand on and off the field.”

‘The Future Is …’ NFT collection

On May 4, Autograph (the Web3 brand co-founded by Tampa Bay Buccaneers QB Tom Brady) announced its “The Future is…” athlete partners, who are also featured in a new brand campaign.

The first collection from the program was Ionescu’s on May 10.

Two of baseball’s biggest stars — Vladimir Guerrero Jr. of the Toronto Blue Jays and Ronald Acuna Jr. of the Atlanta Braves — were featured in DraftKings’ collaboration with Metabilia.

Metabilia passes and event-based NFTs consist of three rarities (in order of scarcity): black, platinum and green. The athlete-specific releases enable owners to continue receiving event-based NFTs throughout the season.

Tyler Higbee on missing Rams’ Super Bowl win due to injury: ‘Getting a ring made it all better’