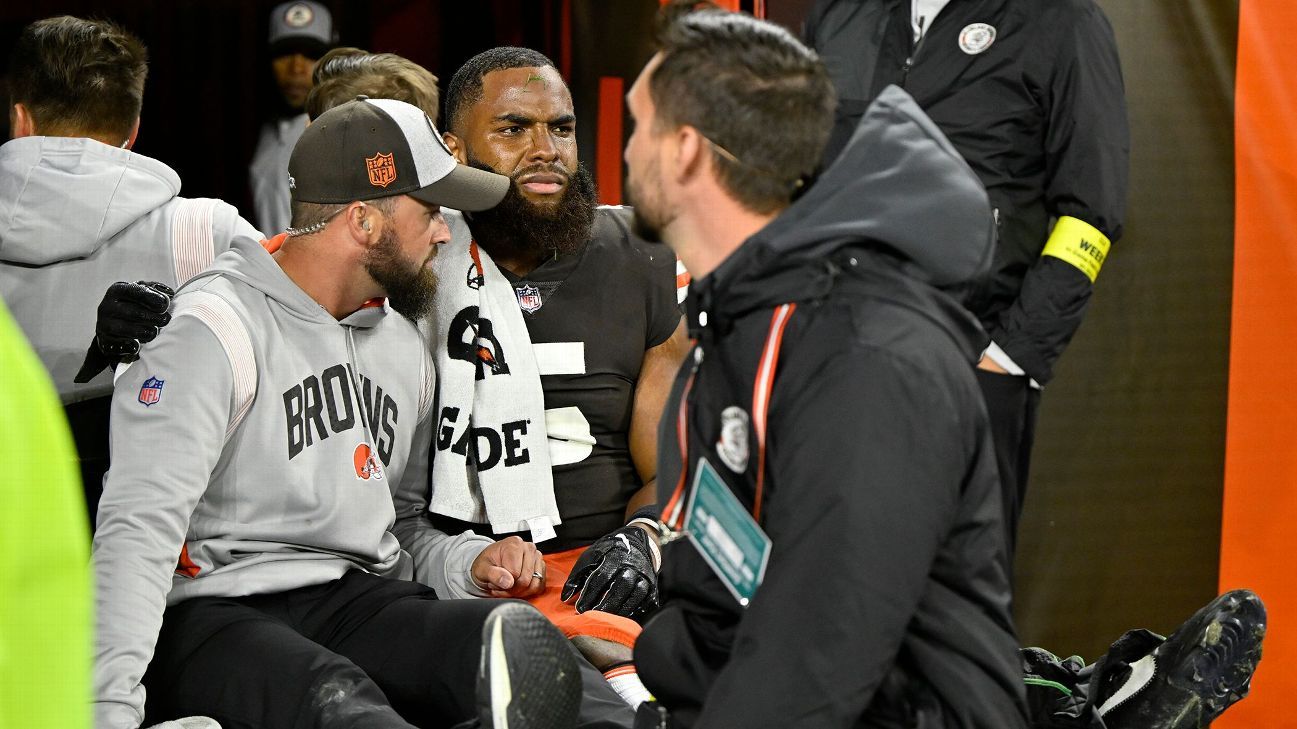 The injury, which was confirmed by an MRI on Friday, is considered to require a five- to seven-month recovery, the source said.

Walker was carted off the field after being injured in the third quarter of the 29-17 Browns win. He lay facedown for several minutes before trainers put an air cast around his knee and helped him onto the cart.

“He is a huge, huge, huge part of our football team, what he brings to us on the field and off the field,” Browns coach Kevin Stefanski said Friday, prior to the MRI results.

Walker, 27, had six tackles against Pittsburgh before his injury. He had a team-leading 113 tackles and one sack in 13 games last season, his first with Cleveland.

Jacob Phillips is expected to take over for Walker as the Browns’ starting inside linebacker. Phillips had a team-high seven tackles and a sack against the Steelers.

“We have a ton of confidence in him,” Stefanski said of Phillips. “He plays like he plays [Thursday] night, I think he can really affect the game.”

The Browns also lost their other starting linebacker, Jeremiah Owusu-Koramoah, to a quad injury Thursday. Owusu-Koramoah spent several minutes in the medical tent before heading into the locker room.