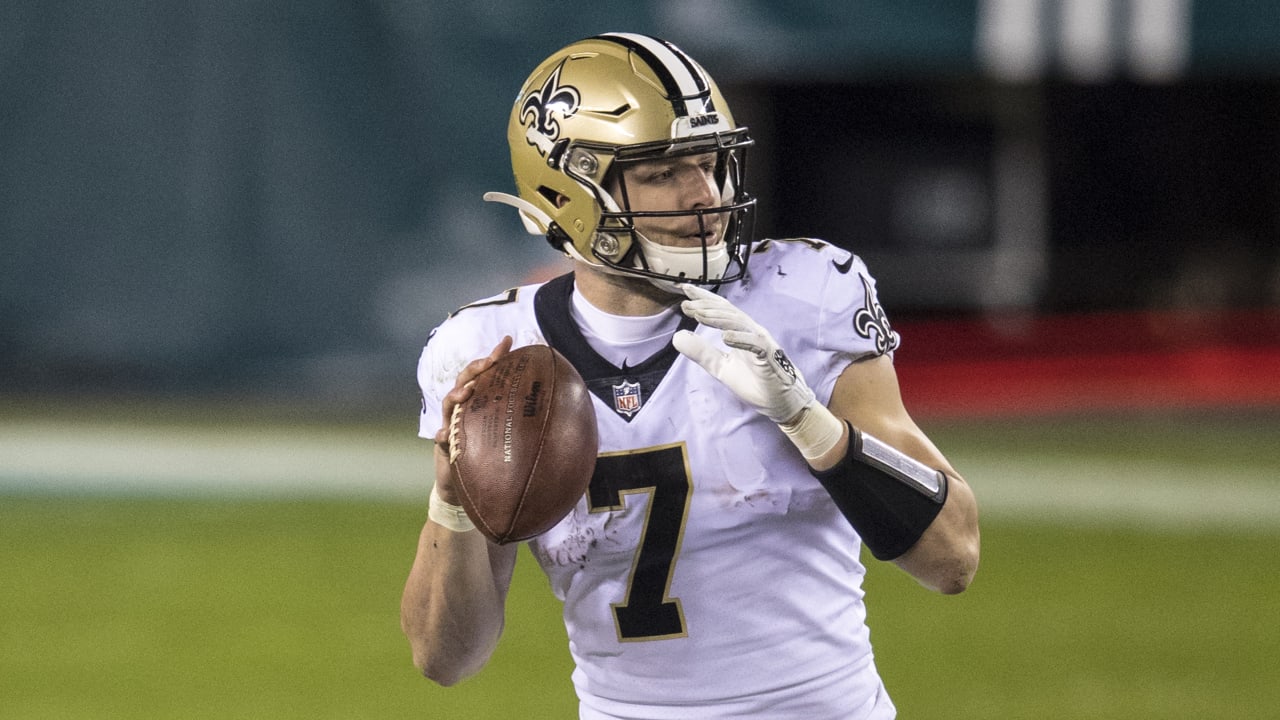 After 15 years watching Hall of Fame-caliber play at the quarterback position, the New Orleans Saints will have a new starting quarterback this season. Drew Brees’ retirement opened the door for an offseason competition between Taysom Hill and Jameis Winston to see who will steer Sean Payton’s offense in 2021.

Last season when Brees missed four games due to injury, Hill took over as the starting quarterback — as Payton had promised before last season. Will a full offseason program this year, Hill will have to beat out Winston during training camp.

Hill told Rod Walker of the New Orleans Advocate that he’s gearing up to win the gig but knows there is no stepping right into Brees’ big shoes.

“I think the thing that I realize first and foremost is there is no replacing a Drew Brees,” Hill said. “He’s one of the greatest to ever do it. But I think as I got ready to enter the NFL, my goal and my mindset was to just do everything I can to have an opportunity to be a guy. Because there are only 32 starters in the NFL. So as I look forward into this year and training camp and OTAs and the season, I’m really just excited about having that opportunity. That has been the goal and the mindset since I was a rookie in 2017 first entering the NFL. So it’s definitely something that I’m not taking lightly and I’m going to give it everything I’ve got.”

Hill has spent the past four years in New Orleans as a jack-of-all-trades, working on special teams, as a receiver, tight end, blocker, running back and quarterback. He might as well have been the smoothie guy while he was at it.

The 30-year-old noted that, after growing up always playing quarterback, he believes that learning those other roles will prove more difficult than transitioning back to QB. Hill added that focusing solely on being a signal-caller will be a big boon in his quest to replace Brees after years of being in multiple position meetings.

“Yeah it’s nice,” Hill said of focusing on being a QB. “Look, at the end of the day and when I first got here and I started doing all this stuff, the answer when I was asked ‘hey, what’s the end goal for you?’ has always been to play quarterback. I’m a quarterback at heart and that’s my mindset. That is really nice when I can tailor all of my offseason program to being as good of a quarterback as I possibly can.”

First, Hill must beat Winston in what is expected to be a legitimate competition between the two veterans.

Hill completed 72 percent of 114 attempts in his four starts last season for 834 yards and four TDs to two INTs. While the Saints averaged 24 points per game with Hill as the starter, the offense sputtered at times, and Hill’s inaccuracy was a drive-killer. The best attribute Hill brings to the table is his multidimensional running ability.

The difference between Hill and Winston is stark. The former is a runner, whereas the latter a pocket passer. The type of offense Payton envisions as he moves on from Brees could give one a leg up in the competition.

With no long-term answer at QB on the roster, the competition between Hill and Winston to replace Brees could be a year-long battle unless one of them proves he can be more than just a one-year stand-in for Payton’s eventual franchise quarterback.