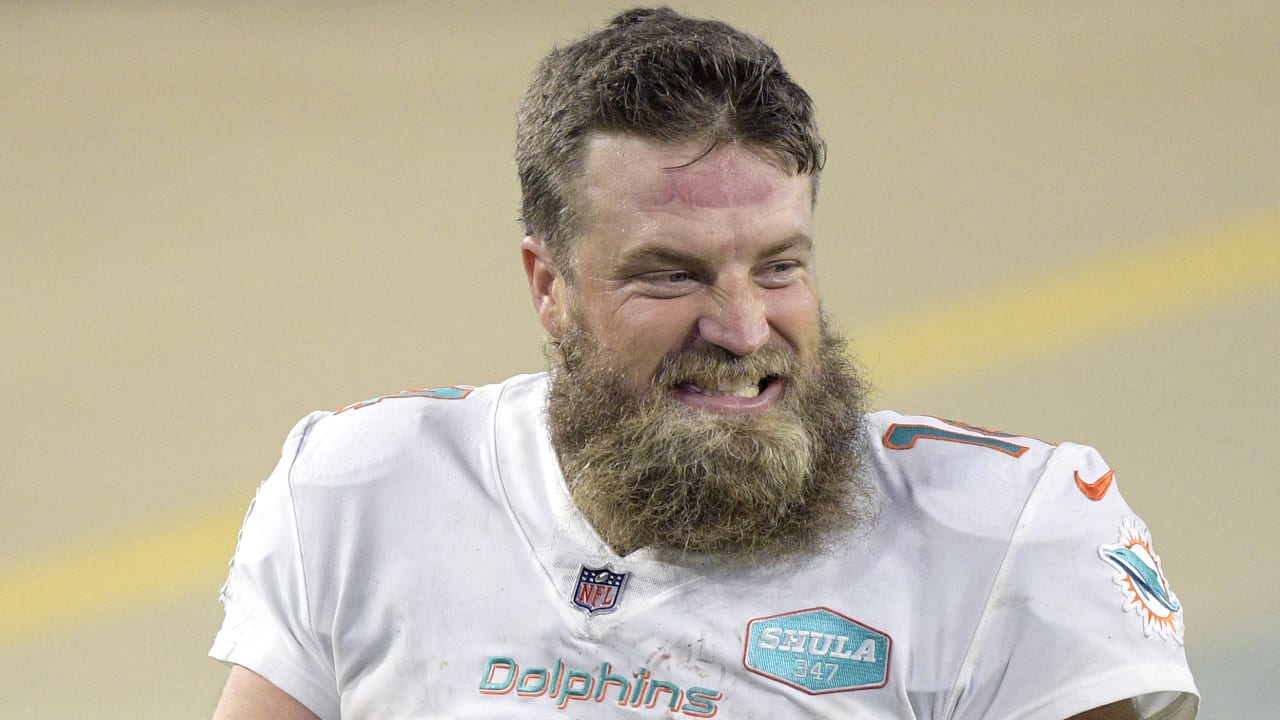 With a beard of brilliance, an easy grin and a flair for the dramatic, Ryan Fitzpatrick seems every bit like the type of guy anyone would want to get to know.

Turns out that’s long been a focus for everyone’s favorite journeyman, as Fitzpatrick puts an emphasis on getting to know his ever-changing teammates and getting to know them quickly.

Opening up organized team activities this week with the Washington Football Team — the ninth team of his 16-year career — Fitzpatrick is fast at work getting to know a new franchise, new teammates and a new offense.

“Communication is a huge thing,” Fitzpatrick said, via ESPN’s John Keim. “When that communication gets crisp, you can play faster and that puts a lot of pressure on the defense. I have a lot of discussion with the guys up front. I’m the one having to catch up right now with what they’re doing.”

Following four seasons in Florida where Fitzmagic appeared with the Tampa Bay Buccaneers and then the Miami Dolphins, the 38-year-old father of seven’s act is reappearing in D.C.

The affable Fitzpatrick always seems to have an ear-to-ear grin slightly camouflaged by the beard that’s become as synonymous with his career as his never-say-die fight no matter what’s on the line for whatever team he’s leading.

That good nature would seem to be one of the intangibles that enables Fitzpatrick to quickly acclimate to new surroundings. It’s why he’s always around the offensive coordinator early on, why he takes in everything he can from the layout of the team facility to the names of fresh-faced teammates. After all, he’s a 16-year vet who’s just as new to Washington as anyone, but the Football Team brought him on for all that experience, adding an onus on getting to know quite a lot in a short amount of time.

“There are certain things that maybe it is easier for me to switch teams than other guys because I’ve done it so many times,” Fitzpatrick said. “I’ve been through the process.”

And with that, Fitzpatrick owns the heftiest understatement of the offseason.

Fitzpatrick finds himself intrigued by an exciting support cast of skill players that includes running back Antonio Gibson along with receivers Terry McLaurin﻿, Curtis Samuel and rookie Dyami Brown﻿.

And Fitzpatrick’s going to do everything he can to get the ball to them.

He’s signed on with Washington on a one-year pact, but for the first time in a while there’s no hopeful franchise QB behind him or next to him or in front of him. Nope, this is once again time for Fitzpatrick to do what he does best, which is get to know a new team quickly and then play some exciting football.