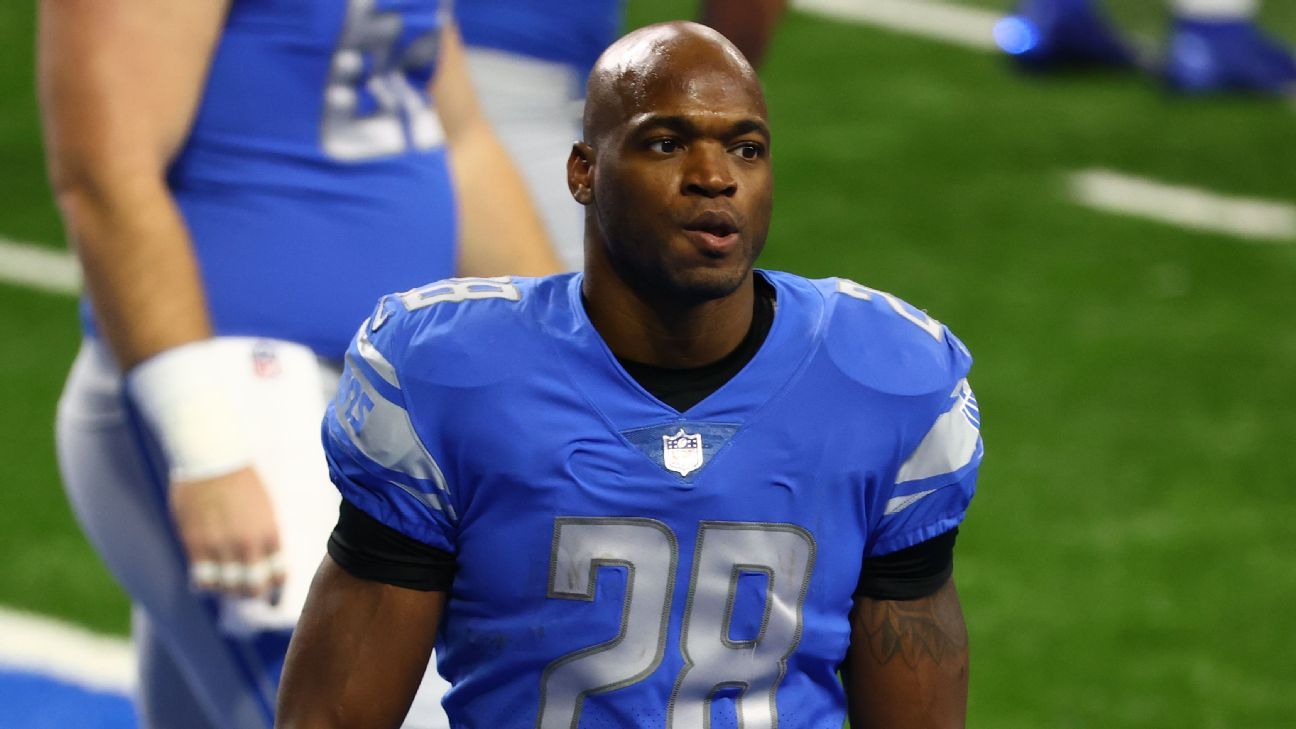 Detroit Lions running back Adrian Peterson has been ordered to pay almost $8.3 million in summary judgment to a Pennsylvania loan company after a defaulted loan in 2016, New York State Supreme Court records show.

DeAngelo Vehicle Sales, LLC sued Peterson in 2018 after the running back failed to pay back an initial sum of $5.2 million, including interest, by March 1, 2017. Including interest in 2018 when the case was filed in New York Supreme Court, DVS asked for $6,546,448.32 — and then continued interest for every day he didn’t pay. That was over two years ago.

On Wednesday, DVS asked for $8,268,426.21, which includes continued interest of $2,207.12 per day on the loan that has not been repaid. The interest, which had been 16 percent, will be lowered to 9 percent, which is New York State law, going forward.

In the initial settlement agreement, which Peterson had notarized on Oct. 22, 2019, Peterson acknowledged “the existence and continuation of his default under the Loan and the applicable Loan documents, and that Peterson’s obligation under the Loan is immediately due and payable.”

The attorney for DVS, Jeffrey Reina, said in court Wednesday that Peterson had paid back $165,000 of the initial agreement. Reina said in court that he had not heard from Peterson or Doug Wolfe, who Hon. Paul B. Wojtaszek said was Peterson’s “last known representation.”

Peterson did not make an appearance in court and had no one there representing him on his behalf. His initial attorney in the case, Scott Philbin of Bond, Schoeneck & King, withdrew in August 2020. Messages left for Philbin and for Lauren Renschler, who is Peterson’s publicist, were not returned to ESPN.