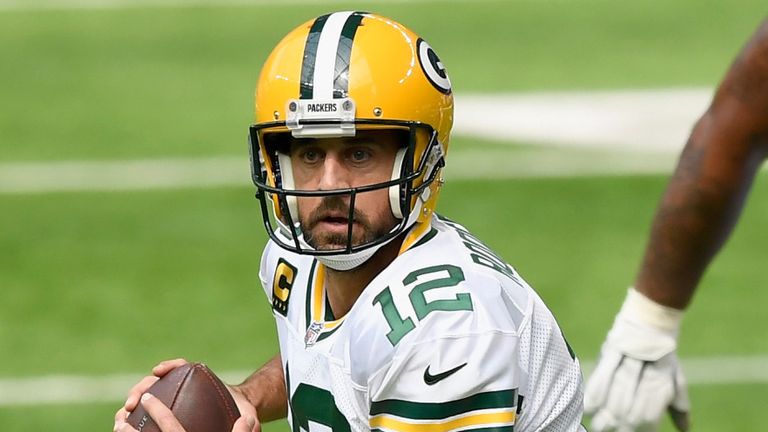 It felt so good to be back in the Sky Sports NFL studio on Sunday night for the first full Sunday of a new season that many of us wondered would even take place this year.

The NFL served up its usual array of drama in the form of great individual performances, upset wins, intriguing storylines and heart-breaking injuries.

Here are six stories and displays that caught my eye on Sunday night. 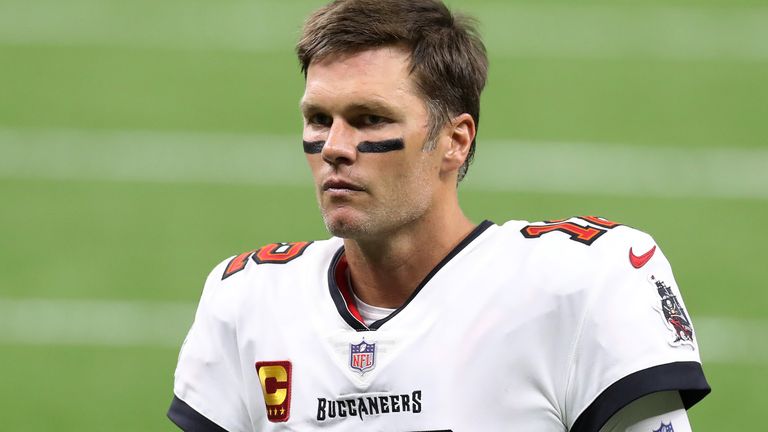 So much of Sunday night was about Tom Brady making his debut for the Tampa Bay Buccaneers after 20 seasons as a New England Patriot. And, in turn, Sunday was about the man replacing Brady in Foxboro, Cam Newton.

Brady made a couple of amazing throws but also some absolute clankers in a 34-23 loss to New Orleans. But as Peter King, of NBC Sports, aptly pointed out on our show on Sunday evening; it has been just one month since he first set foot into a Tampa Bay huddle and it is obviously going to take time to gel with a new team.

Brady and the Bucs will be just fine – they played one of the best teams in the league on Sunday and were in the mix until the fourth quarter, even with three turnovers, nine penalties and a blocked field goal. 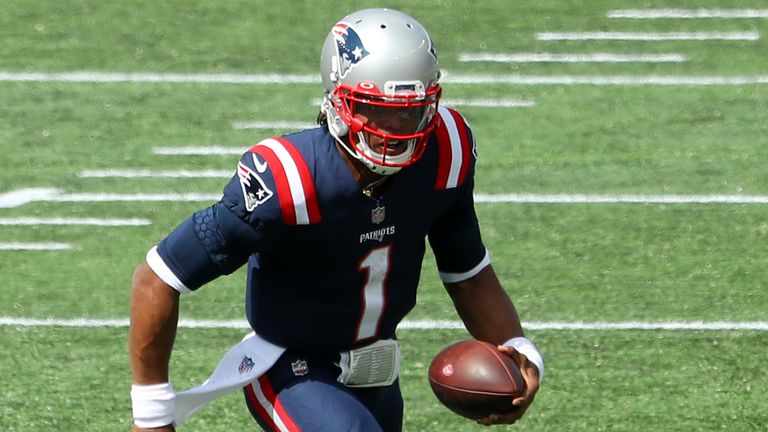 New England had a running quarterback for the first time in the Bill Belichick era and the approach was clear during a 21-11 win over the Miami Dolphins. Cam Newton rushed for 75 yards and two scores as the Patriots racked up 217 yards on the ground.

The Patriots pushed Miami around and overcame their lack of passing game weapons by running the ball 42 times compared to 21 pass attempts. How New England use Cam the rest of the way is going to be fascinating, as is his ability to stand up to the weekly pounding. 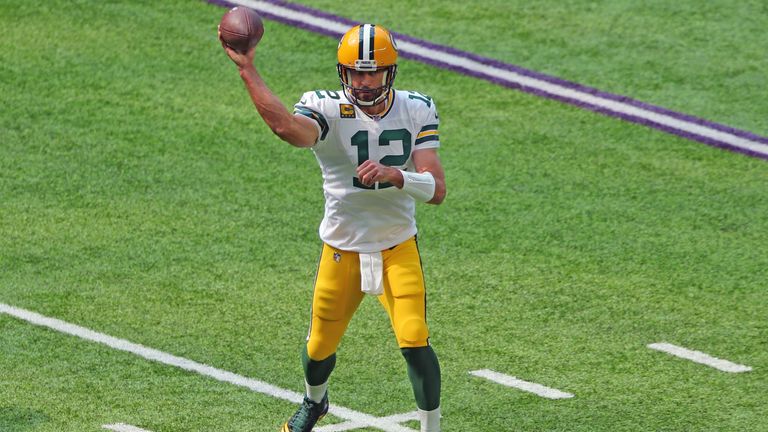 Aaron Rodgers was reportedly “less than thrilled” when his Green Bay Packers selected quarterback Jordan Love in the first round of April’s NFL Draft. He began his ‘I’ll show them’ tour with an outstanding display during a 43-34 victory over the Minnesota Vikings that was not as close as the final score suggests.

Rodgers – who was merely ordinary for large stretches of 2019 – was sensational on Sunday night, shredding the Vikings to the tune of 364 passing yards and four scores.

I would like to tell you that Rodgers is the type of player to ignore the arrival of Love and to just focus on his own game. That is not the case. Rodgers’ skin is a little on the thin side and he will be keen to show his team he is far from done just yet. The Packers won’t mind that one little bit if it produces results similar to Sunday evening. 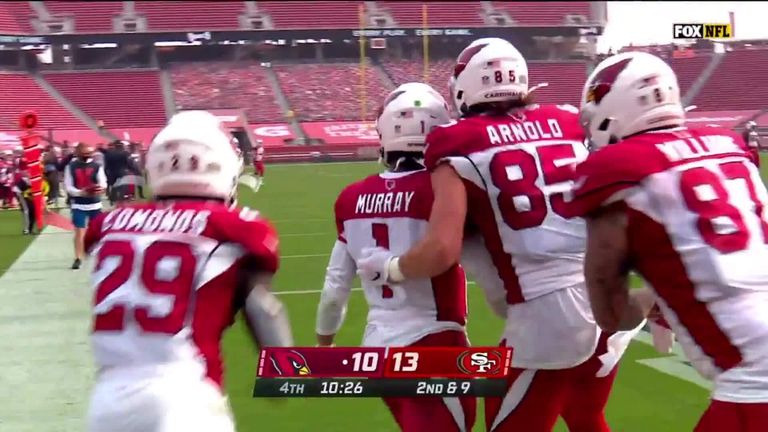 Patrick Mahomes, of Kansas City, and Baltimore’s Lamar Jackson both won the NFL’s Most Valuable Player prize in their second seasons. Which has led to some serious pondering about what Arizona Cardinals quarterback Kyler Murray can produce in his second season.

Murray was magical on Sunday night and is off to a winning start as he led the Cardinals to an upset 24-20 win over the 49ers in San Francisco. Murray showed just how hard he is to defend as he threw for 230 yards and one touchdown and added 91 yards and another score on the ground.

And what about this note? Just days after wide receivers struggled to get open for Deshaun Watson in Houston’s opening night loss at Kansas City, DeAndre Hopkins was running wild for Arizona. The All-Pro traded away by the Texans caught 14 passes for 151 yards.

Having won the starting quarterback’s job in Chicago over the summer, under-fire Mitchell Trubisky did not look like he would be the number one for long in the Windy City. He was struggling badly on Sunday as the Bears fell behind 23-6 to the Detroit Lions.

Football bars across Chicago must have been filled with moaning fans calling for Nick Foles at that time. But somehow, some way, Trubisky got the job done with three late touchdown passes.

Mind you, Matthew Stafford should still have delivered a last-second victory for the Lions as his pass to rookie running back D’Andre Swift was dropped at the goal-line. The youngster only needed to fall backwards into the endzone but lost control of the ball as he attempted to turn upfield. Such small margins can decide games. Trubisky certainly doesn’t care and will take it!

It’s way too early for predictions and ramifications, but it could be one hell of a battle for the number one seed in the AFC. And it is a vital race this year as only the top seed gets a bye into the second round of the playoffs.

Kansas City looked outstanding on Thursday night and Baltimore came out of the gate even hotter as they recorded a dominant 38-6 hammering of the Cleveland Browns.

Jackson was outstanding, once again. The third-year quarterback came into this season saying he wanted to improve his deep throws and it was mission accomplished on Sunday as he hit on 11 of 13 passes for 194 yards and three touchdowns on passes covering 10 yards or more. That was good enough for a perfect passer rating of 158.3.

Jackson ended the day with 20 of 25 completions for 275 yards and those three scores, rookie rusher J.K. Dobbins scored twice and the defense looked elite. The Ravens are set fair to contend for honours this season.

24 unanswered [email protected] has the lead on this Peyton Barber TD!

Minnesota’s much-vaunted defense gave up 522 yards in their loss to Green Bay, Sam Darnold and the New York Jets stubbed their toes badly in their opening week defeat at Buffalo and Dan Quinn’s Atlanta defense failed to show up at home against Seattle, allowing Russell Wilson to complete 31 of 35 attempts for 322 yards and four touchdowns.