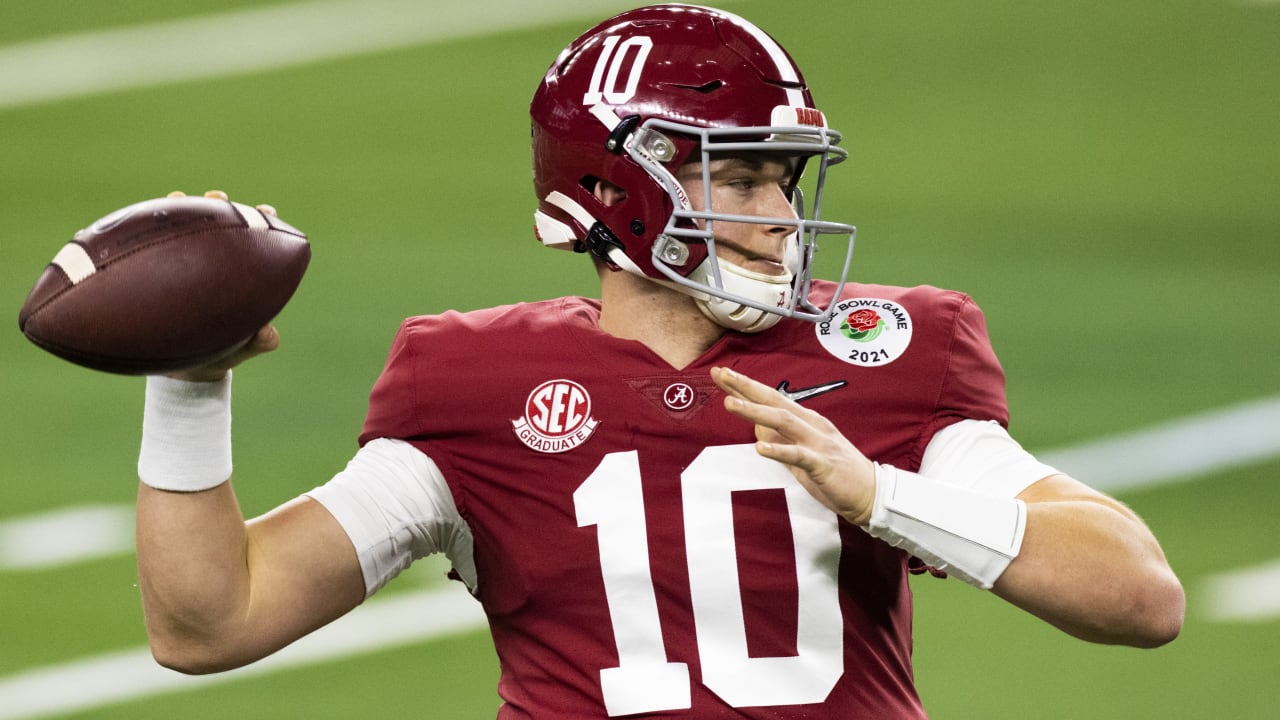 Bill Belichick and the New England Patriots stayed put in the first round and their hopeful future franchise quarterback fell right to them.

The Patriots picked Alabama quarterback Mac Jones with the No. 15 overall pick in the 2021 NFL Draft, making Jones the fifth QB taken in the first round and the expectant torchbearer as New England aims to ascend to the lofty heights it fell from last season.

Rumors swirled regarding Jones ahead of the draft, but it was regarding him going to the San Francisco 49ers at No. 3 overall. Instead, he finds himself just where he says he wanted to be.

“This is what I wanted all along,” Jones said on NFL Network’s draft coverage. “I can’t wait to play for the greatest franchise in NFL history.”

Just how quickly Jones takes over for incumbent starter Cam Newton obviously remains to be seen, but New England has its QB1 of the future in place.

Jones emerges from a national title run under Nick Saban at Alabama to play for his former head coach’s close friend, Belichick.

Jones’ accuracy, poise and intangibles stand out and his arm strength is solid, but the 6-foot-2, 217-pounder doesn’t have athleticism that will jump out. The Patriots, in their post-Brady form, get a proven winner in Jones coming off a phenomenally sensational junior season.

Boasting 4,500 yards, 41 touchdown passes and just four interceptions, Jones piloted a star-laden ‘Bama squad to a national championship. It followed a sophomore campaign in which he was thrust into the starting role in relief of an injured Tua Tagovailoa﻿.

Jones’ selection should also quell any talk of the Patriots trading for 49ers QB Jimmy Garoppolo﻿.

Belichick and the Patriots hit free agency with an aggression never seen before in the lauded head coach’s tenure, but they’ve long desired their quarterback of the future and they found him on Thursday night in Cleveland.