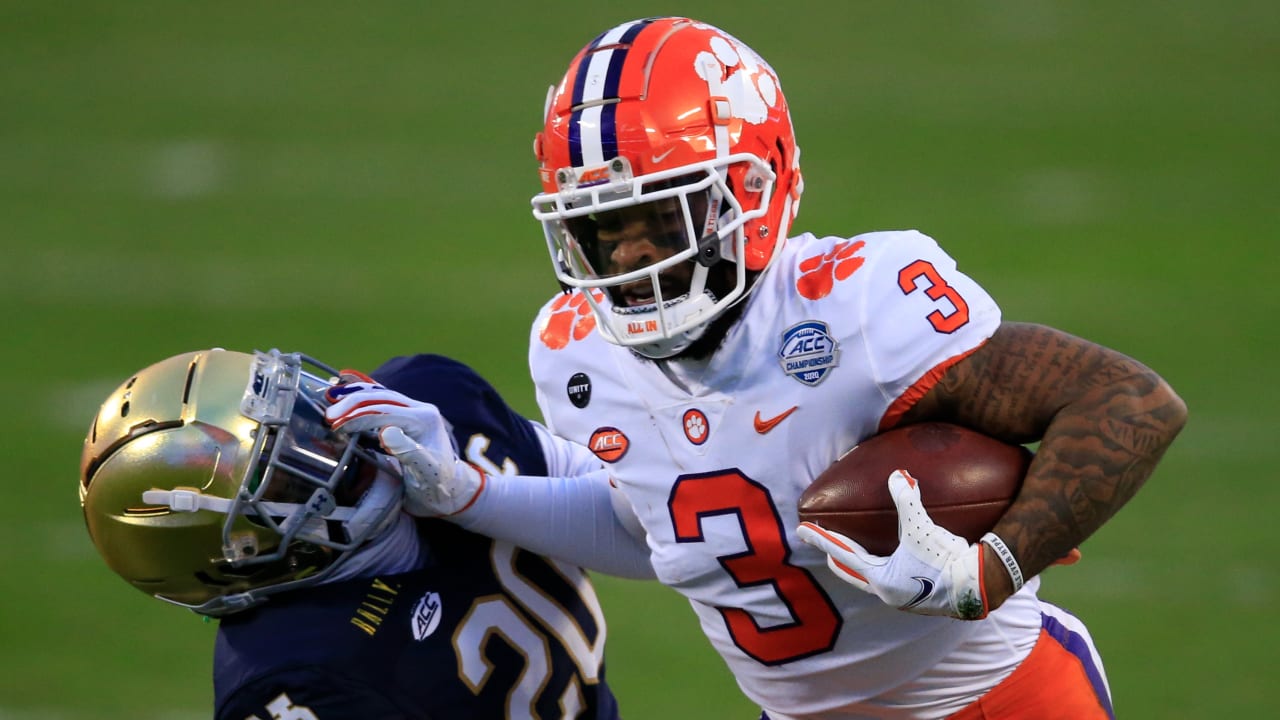 Aaron Rodgers will be throwing to another A. Rodgers in 2021.

The Green Bay Packers traded up to the No. 85 slot to select Clemson wide receiver Amari Rodgers. The Pack shipped pick Nos. 92 and 135 to the Titans to grab the wideout.

In four seasons at Clemson, Rodgers compiled 2,144 yards on 181 catches with 15 touchdowns.

“I hope everybody on our team and within our building is excited about adding Amari,” Packers GM Brian Gutekunst said, per ESPN. “It’s something we wanted to add for a few years, that guy who can play inside [as a slot WR] and return kicks.”

The first-team ACC wideout in 2020 is a slot maven with run-after-catch ability who can accelerate on the second level. At 5-foot-9, 212 pounds, Rodgers plays strong, runs through tackles and uses acceleration to beat defenders in space.

NFL Network Draft Analyst Daniel Jeremiah compared Rodgers to Randall Cobb. If Rodgers comes close to that comp, it would be a steal for the Packers in the third round. Green Bay hasn’t truly replaced the Rodgers-Cobb collaboration since the veteran wideout moved on.

After years of Aaron Rodgers tossing the ball to Richard Rodgers, he’ll now have an Amari Rodgers to play alongside. Of course, you know, that’s assuming the Packers don’t end up trading the QB — then it’d be Love to Rodgers.

Amari Rodgers was asked about the trade rumors surrounding Aaron and acknowledged that he was “aware” of the ongoing situation.

“Of course I want to catch passes from the reigning MVP and a future Hall of Famer,” he said.