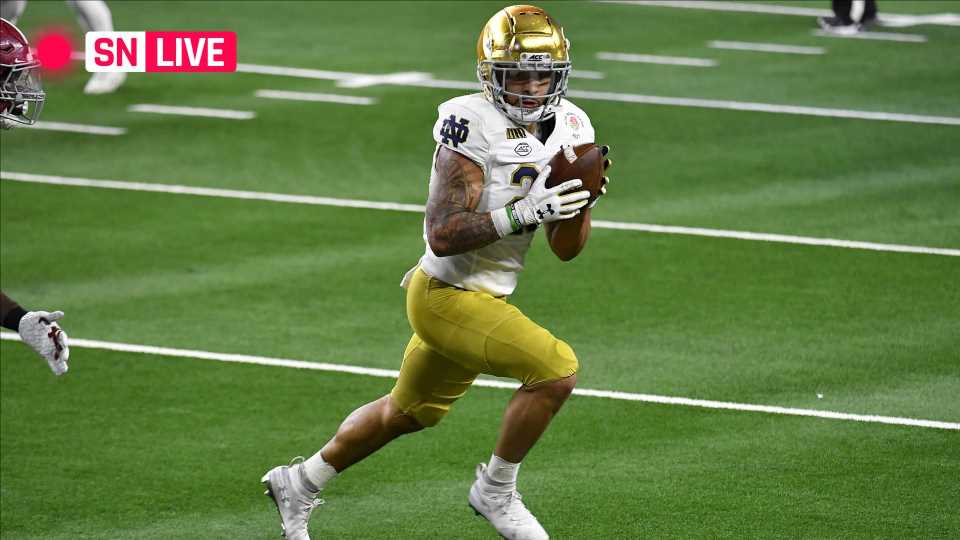 No. 9 Notre Dame faces Florida State on Sunday at 7:30 p.m. ET at Doak Campbell Stadium in Tallahassee, Florida. The game will be televised by ABC.

The Fighting Irish, who advanced to the College Football Playoff semifinals last season, are seeking their fifth straight 10-win campaign under coach Brian Kelly. Notre Dame is in a season of transition after it lost nine starters on offense and defensive coordinator Clark Lea, who led the team to a top-15 scoring defense nationally over the last three seasons.

However, given its returning and incoming talent, Notre Dame is expected to compete at a high level, even with four ranked opponents entering Week 1 on its schedule.

Florida State, which is entering its second year under coach Mike Norvell, finished 3-6 last year and is seeking its first winning season since 2017. The Seminoles signed the No. 11 recruiting class nationally, according to the 247Sports Composite, and brought in several notable transfers, including senior quarterback McKenzie Milton — who previously finished sixth in Heisman Trophy voting at UCF in 2018 — and senior defensive linemen Jermaine Johnson and Keir Thomas, who transferred from Georgia and South Carolina, respectively.

Sporting News is tracking live updates and highlights from the season opener for the Fighting Irish and Seminoles on Sunday. Follow for complete results from the game.

Live updates will begin around kickoff at 7:30 p.m. ET

Kickoff for Notre Dame vs. Florida State is scheduled for 7:30 p.m. ET on Sunday, Sept. 5.

How to watch Notre Dame vs. Florida State

Notre Dame vs. Florida State will air live on ABC, beginning at 7:30 p.m. ET. You can stream the game online with WatchESPN or on fuboTV, which offers a free seven-day trial.

Play-by-play announcer Joe Tessitore, analyst Greg McElroy and reporter Katie George will be on the call.