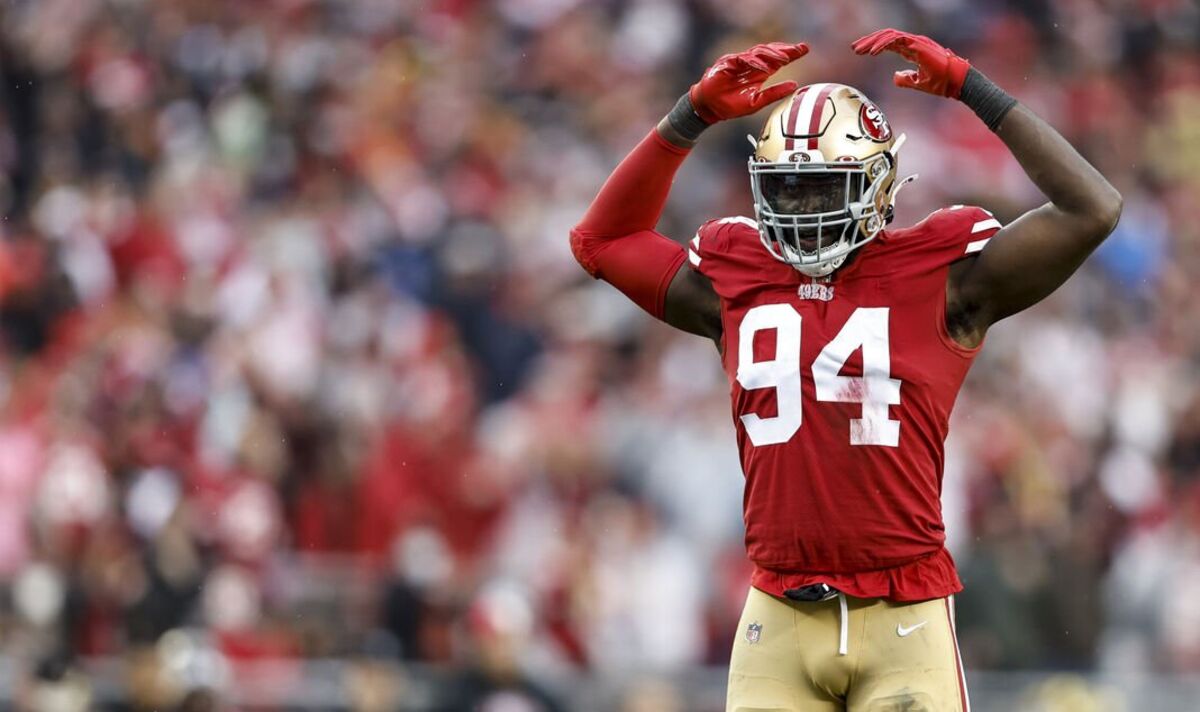 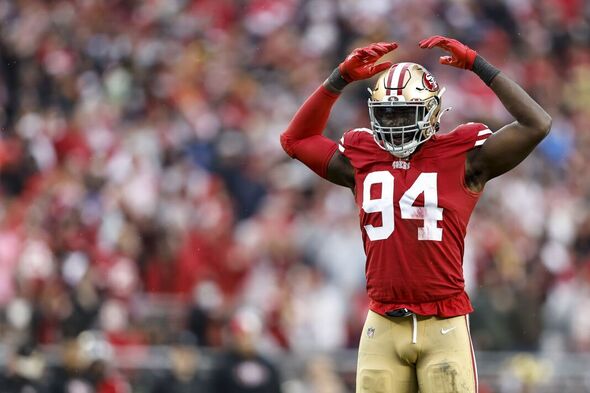 San Francisco 49ers star Charles Omenihu has been arrested on suspicion of domestic violence with local police called to his house on Monday afternoon. The 25-year-old was booked into Santa Clara County Jail and then released after he posted bail. The incident came less than 24 hours after Omenihu played his part in the Niners win over the Dallas Cowboys. A woman had reportedly told police that the NFL star is her boyfriend and that he ‘pushed her to the ground during an argument’.

A statement from local police states that the woman had told officers that her arm was in pain after the incident, but that “officers did not observe any visible physical injuries,” and that she declined medical attention.

The NFL player was at the location when officers arrived and gave a statement after he was arrested on suspicion of misdemenour domestic violence. Omenihu also has an emergency protective order served on him, and now is required to remain away from the woman whilst in effect.

The ongoing investigations result are to be presented to the Santa Clara County District Attorney for evaluation of possible charges on the 25-year-old, who has returned home after posting bail.

Omenihu has played significant minutes for the Niners, rotating with Samson Ebukam on the San Francisco 49ers dominant defensive line – as they rank as the best defence in the league.

He had a standout game against the Seattle Seahawks in the first round of the playoffs, before registering two pressures agains the Dallas Cowboys this past weekend.

The team has released a statement, which reads: “We are aware of the matter involving Charles Omenihu and are in the process of gathering further information.”

The 25-year-old is in his fourth year in the NFL after initially being drafted by the Houston Texans and was traded to the Niners last season to add depth to their line.

Omenihu is set to become a free agent once the season ends, the first time in his career he is set to do so.