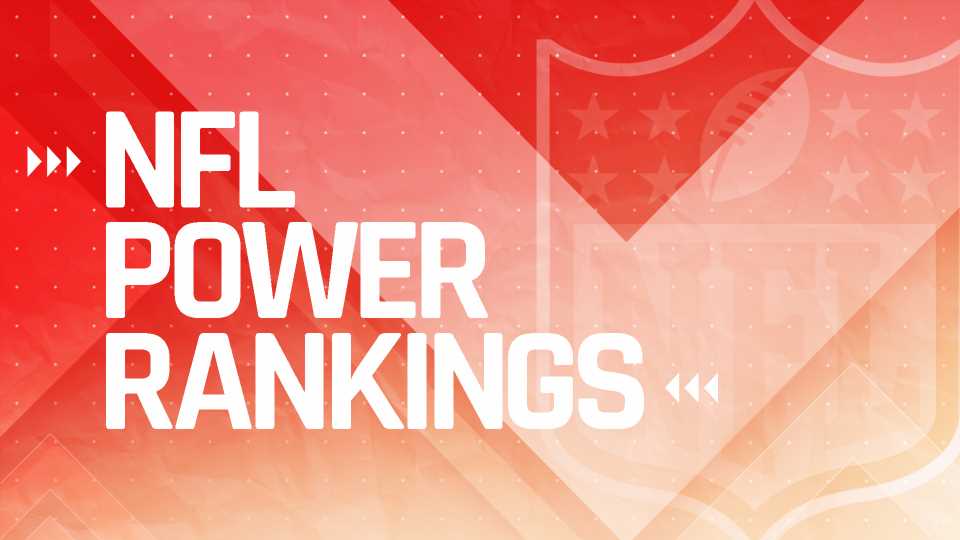 Week 8 in the NFL brought a few key upsets to change up the pecking order of all the teams from 1-32. A couple of contenders came through with big road wins, while a few others survived some tougher than expected tests. Meanwhile, one surprise upstart fell flat.

That means there’s a new No. 1 team this week in Sporting News’ latest league power rankings. It’s getting harder to figure out the very best, given no team is perfect or undefeated. As for the worst teams, little has changed there with one winless and downright awful team still remaining.

From the best to the worst, here’s how SN sees the league as a whole going into Week 9:

The Packers have been a machine since their Week 1 meltdown against New Orleans in Jacksonville. Aaron Rodgers and Aaron Jones have been doing what they need offensively in every game and the defense, despite battling key injuries, is playing very well in crucial situations. They beat the best, and deserve to be the new best.

The Cardinals were due to be clipped and were out of sorts offensively in Week 8, just when their biggest weakness on defense vs. the run was further exposed without J.J. Watt. They could use the mini bye to get Kyler Murray to full strength.

The Rams went back on the road and ripped yet another lowly opponent in the Texans. It’s hard to learn anything about them in those games, except Matthew Stafford, Sean McVay and the defense make sure they take care of business. They finally gained ground on the Cardinals in the division.

The Cowboys were rolling offensively until they had to err on the side of the caution with Dak Prescott’s latest injury (calf) coming out of the bye in Minnesota. They found another way to win a game with Cooper Rush, playing strong defense until Ezekiel Elliott and Amari Cooper could lift their backup QB to victory in the end. They are a complete team and true serious Super Bowl contenders.

The Buccaneers had a lot of trouble with the Saints last season with Tom Brady being pressured into mistakes by the defense. That happened again in New Orleans to make things more interesting in the NFC South this season. But let’s also remember what happened in the playoffs.

The Titans outlasted the Colts in a shootout in overtime to take full control of the AFC South again, now fast-tracked to another division title. They did it on a day when Derrick Henry was contained and the defense lost its mojo from the Chiefs game. With their win over the Bills, that still gives them the slight edge as the weaker AFC’s best team.

The Bills had a second walkover against the Dolphins, even though the game was a bit of a grind until the second half. The defense continues to dominate all-around despite a few lapses, making the offense feel comfortable on an off day for some of its key elements.

The Raiders enjoyed a bye to recover from the emotional roller coaster that has come with their pleasing, surprising start to the season. Derek Carr has shown how well he can play when not reined in. The defense has flexed, too. They just need to put it all together consistently to establish themselves as a true new AFC power in relation to the other established heavyweights.

The Ravens needed a bye to get some more pieces healthy and settle their offensive identity as more of a passing team with Lamar Jackson, given their defense is better off in tee-off modes with leads and not built for grinding out games. They should feel good about the results of Week 8, with the Bengals and Browns losing.

The Saints are a difficult team to figure out. They have big wins over the Packers and Buccaneers but also have lost to the Panthers and Giants. Sean Payton has done a great post-Drew Brees coaching job regardless, depending a lot less on QBs on relying a lot on impact plays from the offensive backfield and defense.

What was that? The Bengals perhaps had a big letdown after blowing out the Ravens on the road in Week 8, by letting the Jets hang around until they made enough mistakes to create a shocking upset defeat. The offense and defense had more big moments, but there was too much untimely and uncharacteristic sloppiness. Zac Taylor needs a cleanup, fast, with the Browns next.

The Steelers came out of a bye and did what they needed to do grinding to win at Cleveland, perhaps for one last time with Ben Roethlisberger. The defense asserted itself well like it should and they even overcame some special teams adversity. That was a big victory ahead of the second half.

The Chargers looked flat defensively out of the bye with more issues against the run and their downfield passing game slumped with Justin Herbert. Brandon Staley’s team is at a midseason crossroads between playoff push and second-half fade.

The Chiefs should have liked everything that happened before them playing on Monday night, save for the Bills and Titans taking care of business in division games. The first goal toward taking back the NFC West is beating the Giants, ahead of hosting the Packers in Week 9.

The Patriots have battled to get to .500 with a simple formula of strong running game and great situational defense behind smart scheming. That’s Bill Belichick’s ideal reinvention minus Brady to help lift Mac Jones.

The Browns got Baker Mayfield back but the offense wasn’t right again, not helped by facing a tough Steelers defense. If they can’t dominate with the running game, it can become very difficult for them to win games. Don’t blame the defense for holding down Pittsburgh.

The Seahawks looked a little like the Russell Wilson version with Geno Smith taking advantage of his elite wide receivers. The defense also is starting to play inspired for Pete Carroll. Don’t bury their winning-record streak and playoff chances just yet with a Wilson return soon.

The 49ers faced a must-win situation for their fading playoff hopes in Chicago and area native Jimmy Garoppolo made sure he grinded enough to run and pass them to victory. The defense started to provide more critical support and Kyle Shanahan might hold off from making the QB change to rookie Trey Lance for a while longer now.

The Vikings lost yet another close one-possession game late in the fourth quarter by failing to take advantage of not facing Prescott at home on Sunday night. They have a lot of trouble meshing their offense and defense for optimum effect under Mike Zimmer. They would be a huge disappointment as a non-playoff team.

The Panthers didn’t look good again with Sam Darnold at quarterback and still badly miss Christian McCaffrey in their offense. But they did enough with defense and special teams, their true strengths, to stop a freefall and get back to .500. They’re still more of bottom feeders than playoff contenders.

The Broncos followed the Panthers in getting back to .500 by taking down a beatable weak NFC opponent. There’s still plenty of evidence they are the worst team in the AFC West, not the Chiefs.

The Colts were surging heading into their matchup with the Titans and held a mighty 14-0 lead, before things fell apart with big mistakes in their passing game and pass defense. Carson Wentz had been playing very well and Indianapolis can still be a factor in the playoff race, but it must become more consistent and disciplined.

The Falcons seemed to lose some offensive life learning about losing Calvin Ridley for a longer time. They are easier to defend without their top wide receiver, namely tight end Kyle Pitts and their 1-2 punch at running back, Cordarrelle Patterson and Mike Davis. There’s a lot on Arthur Smith to readjust for Matt Ryan the rest of the way.

The Bears unleashed Justin Fields a little more against the 49ers without Matt Nagy doing the coaching, so let’s hope they don’t rein him in passing and running when Nagy is back on the sideline. Unfortunately, they need to keep living with his big mistakes and their defense just can’t do nearly as much without Khalil Mack.

The Eagles took advantage of their bingo free space in Detroit and Jalen Hurts held off the benching whispers more with an easy day at the office doing more running than passing. It was strange it took Jared Goff and no Miles Sanders to finally wake up their dormant defense and running game under Nick Sirianni.

The Jets went nuts with Mike White and Michael Carter to shock the Bengals, showing more flashes that Robert Saleh and Mike LaFleur are long-term keepers to turn around things for New York. How about that defense continuing to come up with big things, especially against the pass? Just wait until they stock the talent cupboard.

The Giants got another win in Week 8, adding the Panthers to their resume along with another NFC South foe, the Saints. They are still trying to battle Washington to get out of the division cellar and the Chiefs will set them further back.

WFT went further into the offensive tank in Denver, despite a second consecutive improved defensive effort. The team desperately needs to get Ryan Fitzpatrick, Logan Thomas, Curtis Samuel, Samuel Cosmi, Brandon Scherff and Antonio Gibson all healthy after the bye.

The Jaguars flopped in Seattle with Trevor Lawrence not getting any kind of real support, either from the running game with James Robinson hurt and the passing game with limited wideout production. That’s a shame because the defense overachieved on the road.

The Dolphins did their best to be more competitive with more respectable defense in Buffalo, but they once again showed their key limitations on both sides of the ball. Now the real drama begins, to see if they would pull the trigger on a Deshaun Watson trade even with Tua Tagovailoa playing relatively well.

The Texans’ defense once again was overmatched by a superior offense in the Rams. Although Davis Mills has shown a few more flashes through his wild unexpected rookie ride as the starter, it’s about time to go back to a healthy Tyrod Taylor to save more face.

The Lions lost all their fight against Philadelphia. They were listless offensively with more poor play from Goff and wilted defensively from wire to wire. At least they won’t lose in Week 9  — only because they have a bye.