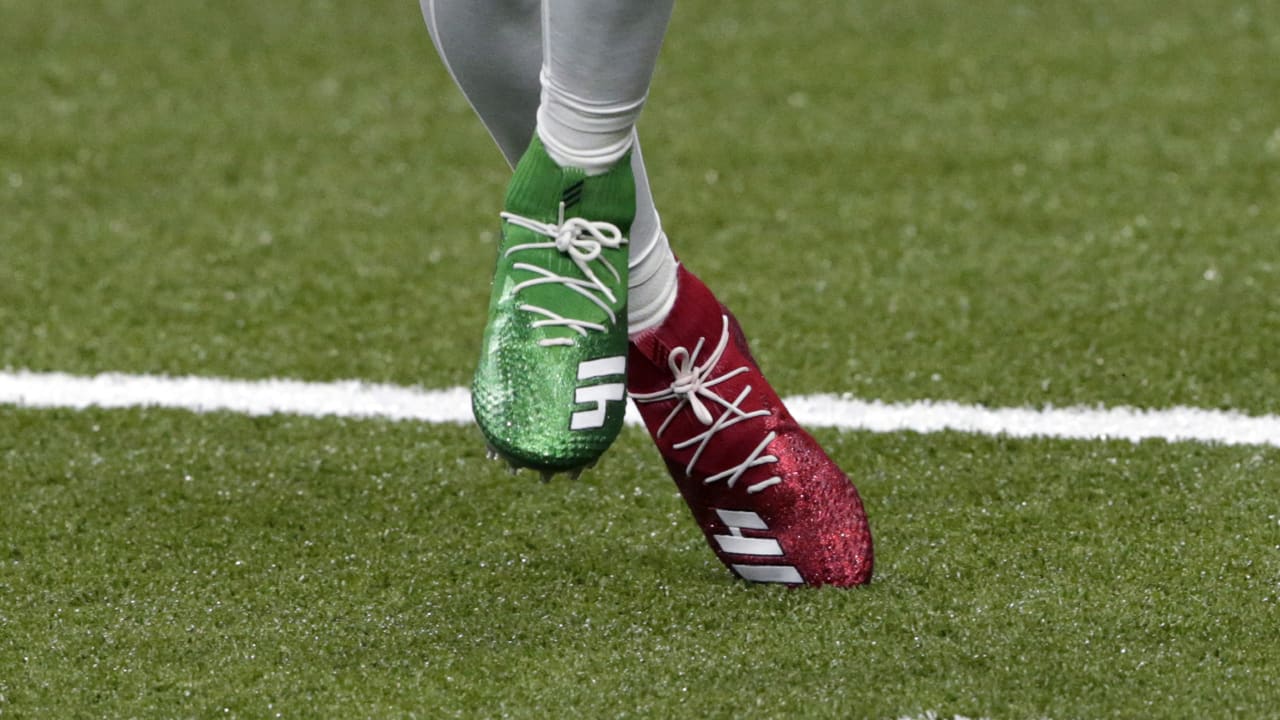 ﻿Alvin Kamara﻿ was fined for his non-standard Christmas Day cleats.

NFL Network’s Tom Pelissero reported that the NFL fined the New Orleans Saints running back $5,000 for his red-and-green holiday cleats worn during the 52-33 win over the Minnesota Vikings.

In those spikes, Kamara rushed for an NFL-record-tying six touchdowns and 155 yards as the Saints won the NFC South title. Consider the fine worth it.

After the game, the running back brushed aside questions about the NFL’s general bah-humbug stance on non-conforming footwear, knowing a fine was probably coming.

“If they fine me, I’ll just match it and send it to charity. The Grinch always tries to steal Christmas,” Kamara said, via Amie Just of The Times-Picayune.

It took a week, but the league finally handed down the minimal punishment.