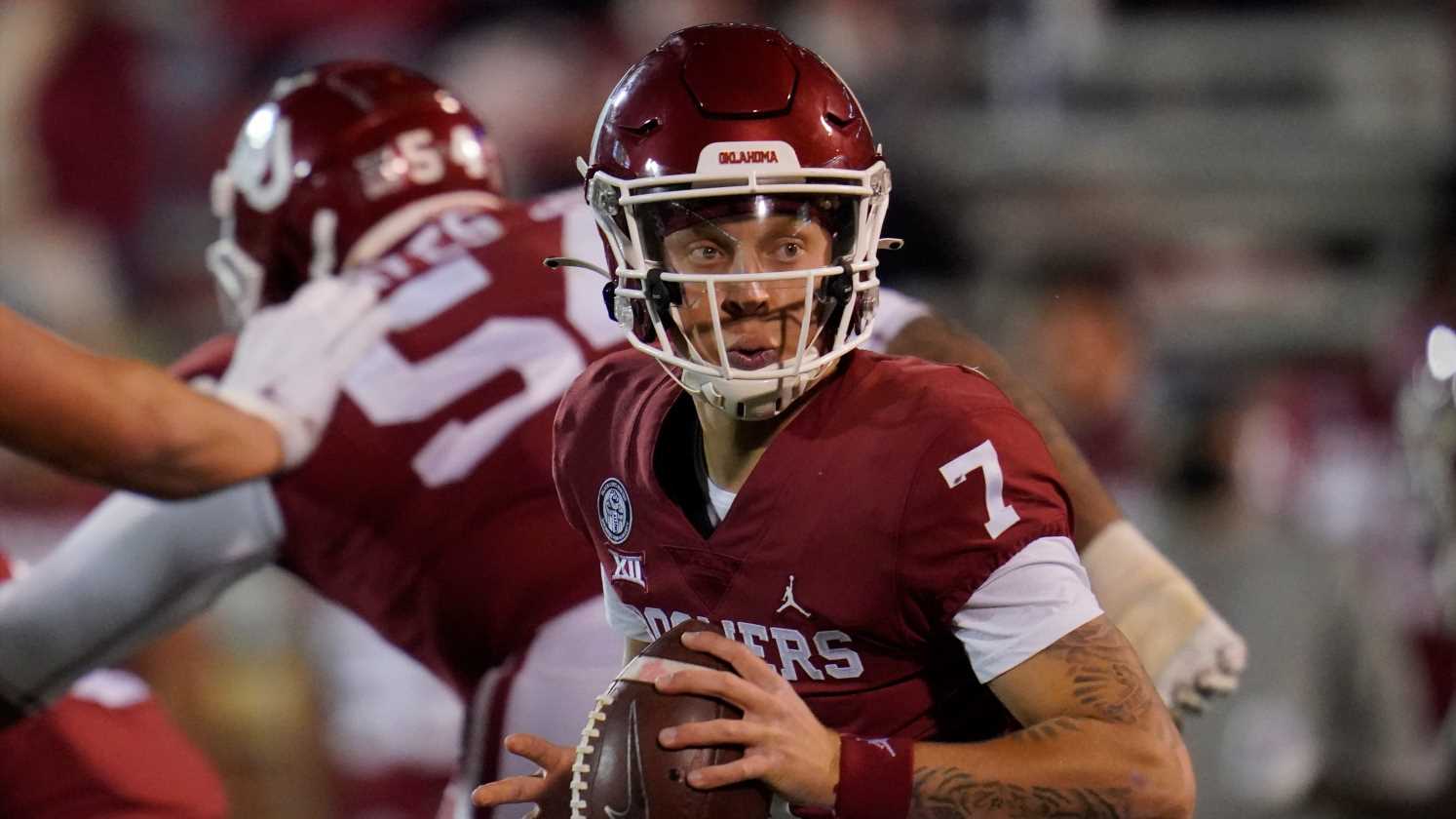 With the 2021 NFL draft complete, it won't be long before it's time to shift the focus to the college football players vying to be top picks next year.

There's plenty to sort over the next 12 months, though, particularly given how the COVID-19 pandemic altered the scouting process throughout the country last season. While the limitations no doubt took a toll on players in this year's draft, it also left a degree of uncertainty for anyone trying to look ahead to next spring.

At this time last year, it was already clear that the likes of Trevor Lawrence, Justin Fields, Ja'Marr Chase, Penei Sewell, Micah Parsons and others would be among the most in-demand prospects. This year, however, teams haven't been able to gain their usual level of intel on many of the underclassmen and players who opted to return, especially those looking to fill out their resumes.

With that said, here's an early look at the top 15 prospects for the 2022 NFL draft:

No one else at the collegiate level can match his game-wrecking ability. For evidence of his dominance, look no further than his matchup against USC in the Pac-12 Championship Game, in which he repeatedly whipped 2020 first-round pick Alijah Vera-Tucker to the tune of 12 quarterback pressures. At 6-5 and 250 pounds, he can hold up against the run, but Thibodeaux will make his mark as a premier pass-rushing prospect capable of piling up double-digit sack seasons.

2021 NFL DRAFT:Which teams had the best and worst hauls?

His injury-plagued 2020 campaign was no doubt a letdown after a true freshman season in which he picked off six passes and was named a consensus All-American. Stingley, however, is the most promising cornerback prospect to emerge in some time, with the size (6-1, 195 pounds), speed and innate feel for sticking with receivers to become a shutdown corner. So long as he bounces back to his earlier superlative level of play, he should find the top five well within reach.

Lincoln Riley has already produced two No. 1 picks at quarterback in Baker Mayfield and Kyler Murray, and a third might be on the way. Rattler has a way of making dazzling deep strikes look effortless with a flick of his wrist. Teams will want to see more consistency, however, after he capped an up-and-down redshirt freshman season by throwing 10 touchdowns and one interception in his final four games.

It doesn't take long to develop an admiration for Howell's game, as he comfortably launches deep throws whether standing in the pocket or on the move. Size questions will dog the 6-1, 225-pound signal-caller throughout the pre-draft process, but he otherwise has the makeup of a big-time playmaker.

It's rare to find a 6-4, 219-pound safety, much less with Hamilton's dynamic playmaking streak in coverage. That rare athletic makeup could position him as a highly sought-after chess piece capable of matching up with tight ends and punishing any quarterback who gets too daring.

The 6-4, 255-pounder already looks prepared to be an NFL pass rusher thanks to his blend of power and burst off the edge. A little more consistency and production will help his cause after he played in just six games last season.

The Crimson Tide's offensive line pipeline is still running strong with Neal — who has started at both right tackle and left guard — set to follow the first-round pedigree o likes of Alex Leatherwood and Jedrick Wills Jr. His mammoth 6-7, 360-pound frame allows him to engulf any opposing linemen, though he'll need to show his size won't work against him when he faces speedier pass rushers.

It should speak volumes about Harris' talent that the 6-2, 232-pound defender ascended to a starting role as a freshman for Nick Saban. A versatile talent, he has the tools to make plays in the backfield and be a threat in coverage.

HIs best days as an interior rusher are still ahead of him. With an abundance of athleticism and a 6-4, 290-pound frame, Leal will be a dangerous and coveted defender when he becomes more consistent as a pass rusher.

Can the former five-star recruit make the leap and join the likes of Joey and Nick Bosa and Chase Young as top-five picks? The 6-6, 268-pound edge rusher has just 5 1/2 sacks in the last two years, but he could be headed toward a breakout campaign.

In an abbreviated sophomore campaign, Slovis admitted he lost confidence after recovering from an elbow injury. He'll try to bounce back in 2021, and teams will be eager to see the composure and deadly accuracy the 6-3, 215-pound signal-caller displayed as a freshman.

Elam, the nephew of former Baltimore Ravens first-round safety Matt Elam, has had the look of a top prospect since he first flashed his promise as a freshman. With a 6-2, 193-pound build and the confidence and skill set to regularly find the ball, he'll be in high demand as someone who can match up with the NFL's most imposing receivers.

Hard to tell exactly where Pickens stands for next year's draft after he suffered a torn anterior cruciate ligament in spring practice. When healthy, however, the 6-3, 200-pound target poses lots of difficulty for cornerbacks with his penchant for winning contested catches.

The Buckeyes' cornerback pipeline is still running strong, and Banks looks next in line as the program's latest standout member of the secondary. The 6-1, 200-pounder moves as fluidly as a much smaller player, but he still has to hone his instincts.

It's hard to choose between the Buckeyes' pair of star wide receivers, so why not include each one? Olave surprised many by returning for his senior season after consistently beating defenses deep. Wilson, however, is one of college football's most explosive players and flashy pass catchers.