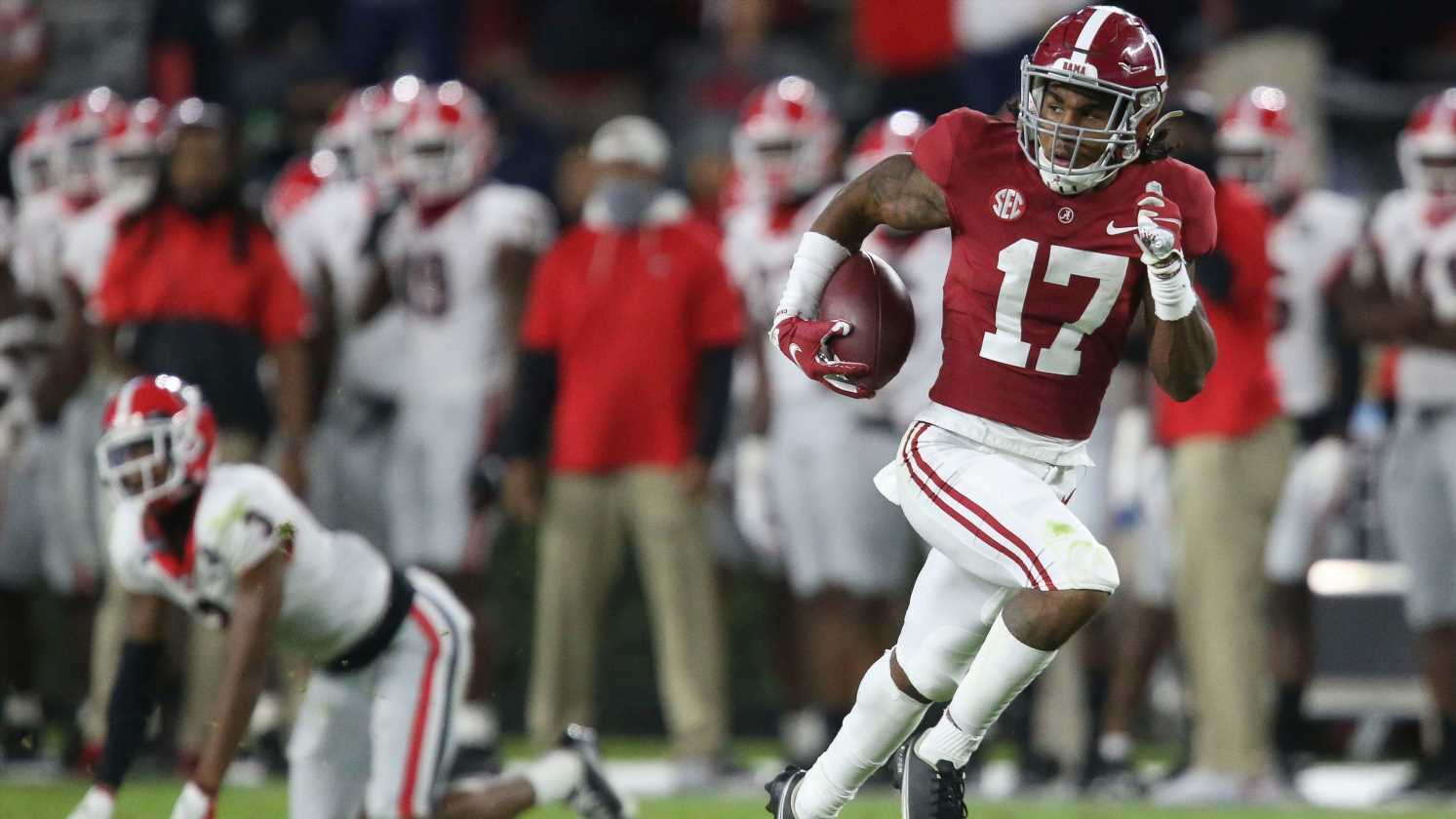 The Miami Dolphins landed a receiver with the No. 6 overall draft pick Thursday night when they selected Alabama’s Jaylen Waddle, who instantly becomes one of the fastest players in team history.

Waddle will be reunited with Tua Tagovailoa, his former collegiate quarterback with the Crimson Tide.

Waddle, 5-feet-9 1/2 and 180 pounds, did not run the 40 at the Crimson Tide’s pro day because he was coming off a broken ankle suffered last season. But no stopwatch is necessary to know teams will have to respect his speed. Waddle has been compared to Kansas City game-breaker Tyreek Hill.

“If there’s a big play out there, I think I can make it,” Waddle said.

In 2019, Waddle had 33 receptions for 560 yards (17.0) and six TDs behind first-round picks Jerry Jeudy and Henry Ruggs III. Waddle was a 2019 second-team Associated Press All-American and the SEC special teams player of the year, having averaged 24.4 yards on 20 punt returns. He also averaged 35.0 yards on five kickoff returns.

“If there’s a big play out there, I think I can make it.”@AlabamaFTBL’s Jaylen Waddle says he’s the best WR in the draft.

As a junior, Waddle had 28 catches for 591 yards (21.2) and four TDs before injuring his ankle and missing six game.

NFL.com analyst Lance Zierlein wrote of Waddle, “Thrilling, game-breaking talent who will come into the league as one of the fastest receivers to ever play the game. His whereabouts pre-snap and post-snap must be accounted for at all times. Despite his size, he's a legitimate outside option, thanks to his ability to not only take the top off the defense, but also go up and win 50-50 throws. Waddle's adept at working all three levels, so it will be tough for defenses to predict how offenses will utilize him, as he has the potential to post a higher catch volume in the right offense. Waddle can instantly upgrade a team's scoring potential, whether it's with the deep ball, the catch-and-run or as a return man.”