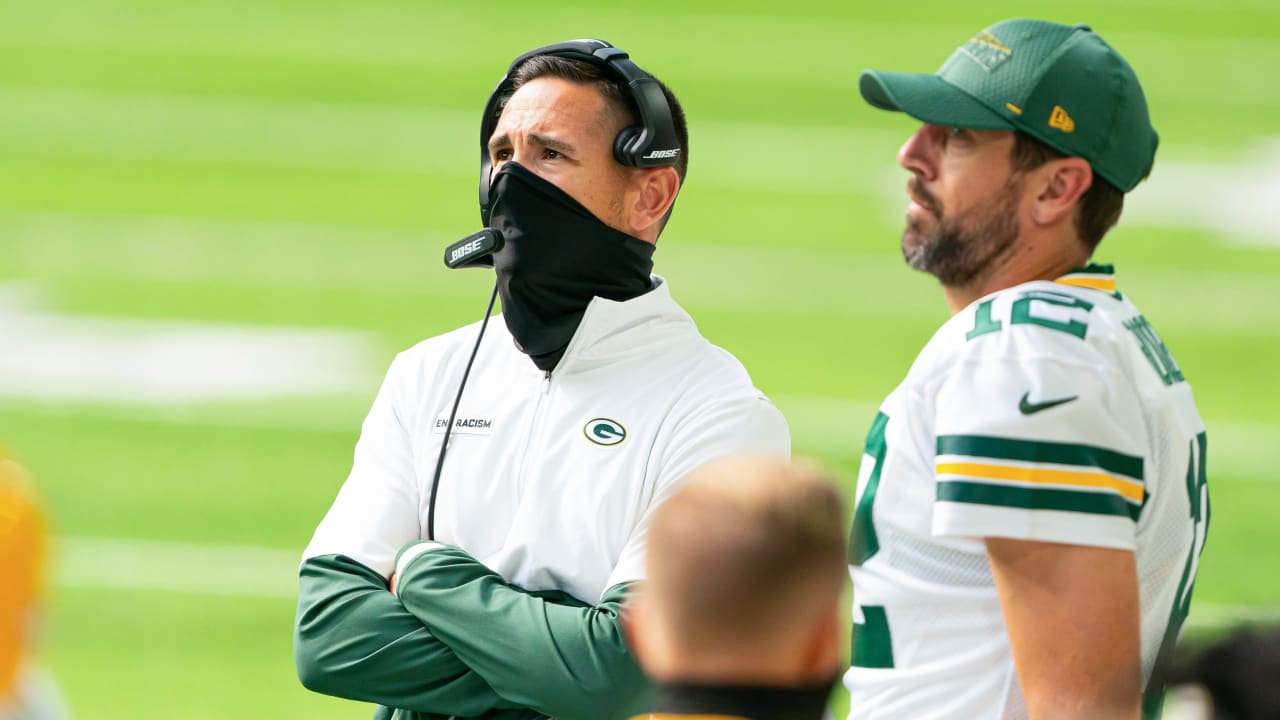 Matt LaFleur may not be the target of Aaron Rodgers﻿’ scorn; in his first interview regarding his rift with the Green Bay Packers organization, Rodgers reserved praise for LaFleur and backup Jordan Love﻿, but none for the front office. But the third-year Packers coach remains the go-to guy for a response to the latest Rodgers revelations.

LaFleur reiterated in his OTAs-opening presser Tuesday that, while he’d prefer for there to perfect attendance during the offseason program, he still values Rodgers, who was not present, as an vital piece of the puzzle in Green Bay.

The Packers coach said something similar last time he met with the media, telling reporters, “We want him back in the worst way.”

Rodgers did not report to Packers OTAs on Monday, notable because of his usually perfect annual attendance. It was the latest development in his rift with the club, one that he reportedly hopes results in a trade. Rodgers’ beef with the Packers stems from a contract negotiation impasse and disagreement with management of the organization, but not, as the QB said Monday night on ESPN, with Green Bay’s selection of Love in the 2020 draft.

“It’s never been about the draft pick,” Rodgers told Kenny Mayne. “I love the coaching staff, love my teammates, love the fan base in Green Bay. Incredible 16 years,

“It’s just kind of about a philosophy and maybe forgetting that it is about the people that make the thing go. It’s about character, it’s about culture, it’s about doing things the right way.”

Despite Rodgers’ first public comments making headlines, LaFleur is making sure the team present for OTAs is focused on the task at hand.

“We kind of talked about this with our football team. Right now there’s things that are in your control and there are certain things that are out of your control,” LaFleur said. “I think that just our mindset right now is to focus on each individual. (Each individual) is focused on the things that they can control and we need everybody to be at their best for us to continue to progress as a football team. So that’s kind of been the focus throughout.”

Green Bay’s mandatory minicamp is scheduled for June 8-10, at which all players, including Rodgers, are contractually obligated to attend.