Russell Wilson threw for a touchdown and ran in another while Seattle won a defensive battle as the Seahawks beat the Los Angeles Rams 20-9 to clinch the NFC West title.

A field-goal-driven first half proved a dream for lovers of pure defensive football as neither team managed a single trip to the red zone, before Wilson scrambled in to ice the first drive of the second half and set the Seahawks on their way.

The Rams entered the matchup with the NFL’s No 1 ranked defense, but it was the Seahawks’ much-criticised unit that starred, swarming a lacklustre Jared Goff and shutting down a sluggish running game missing rookie Cam Akers.

Wilson’s go-ahead touchdown early in the third quarter was rewarded with a defining defensive stop at the goalline from the Seahawks, including a stunning effort from Jamal Adams to foil Darrell Henderson with a touchdown-saving tackle at the two-yard line.

Seattle then sealed the win with a Jacob Hollister touchdown late in the fourth, confirming the team’s 11th division title and fifth under head coach Pete Carroll. 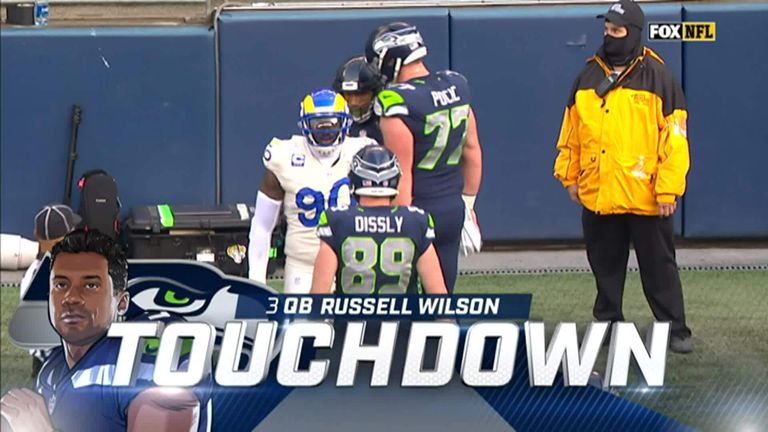 The Rams took the lead through a 44-yard Matt Gay field goal after seeing a 14-play drive stall, before Jason Myers replied with a 45-yard field goal on the back of Leonard Floyd’s sack disrupting a nine-play drive.

Adams should have come down with a gift-wrapped interception when he broke up Goff’s poorly-placed pass intended for Tyler Higbee, with the Rams being limited to a 51-yard Gay field goal.

#Seahawks ball ‼️@qdiggs6 gets a huge interception on Jared Goff, his fifth of the season!

Sean McVay’s side failed to take advantage of good field position after roughing the kicker penalty against Ryan Neal as Goff scrambled right before floating a bizarre pass straight into the hands of untouched Seahawks cornerback Quandree Diggs.

Myers came back out to kick a 49-yard field goal for the Seahawks, his 33rd straight, after another Floyd sack, and a stagnant first half on offense was ultimately summed up by Goff sliding a yard short on third-and-eight inside the final minute en route to the Rams’ third three-and-out.

Wilson scored the game’s first touchdown with a four-yard scramble early in the second period to finish off a drive boosted by his 45-yard connection with David Moore, who had made a stunning catch while back-pedaling on the sideline.

The Seahawks defense came up big in response as they stuffed the Rams four times, three of which came courtesy of rookie Jordyn Brooks, while defending from inside their own four-yard line.

Adams had initially saved the touchdown with a dogged chase to clip Henderson short at the two-yard line and tee up the defensive stop, with the Rams running back sustaining an injury on the play having launched the drive with an initial 23-yard burst. 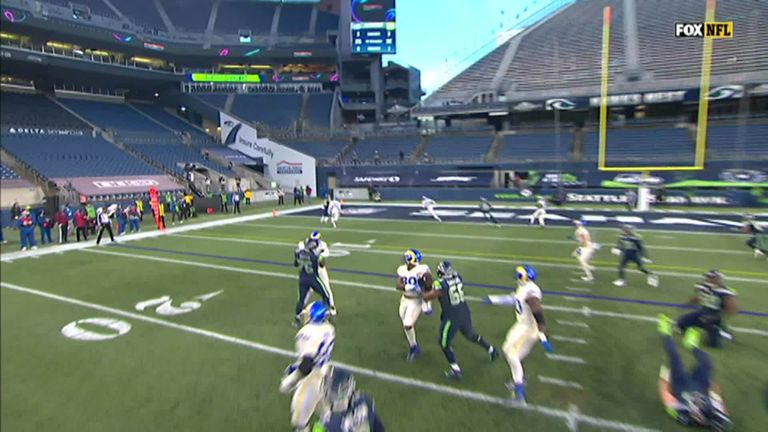 The Rams settled for a 33-yard Gay field goal in reply after Goff appeared to dislocate his right thumb under contact before popping it back in place earlier on in the drive.

Having forced another punt with another impressive defensive showing, the Seahawks capitalised through Wilson’s 13-yard touchdown pass to Hollister to all-but finish it.