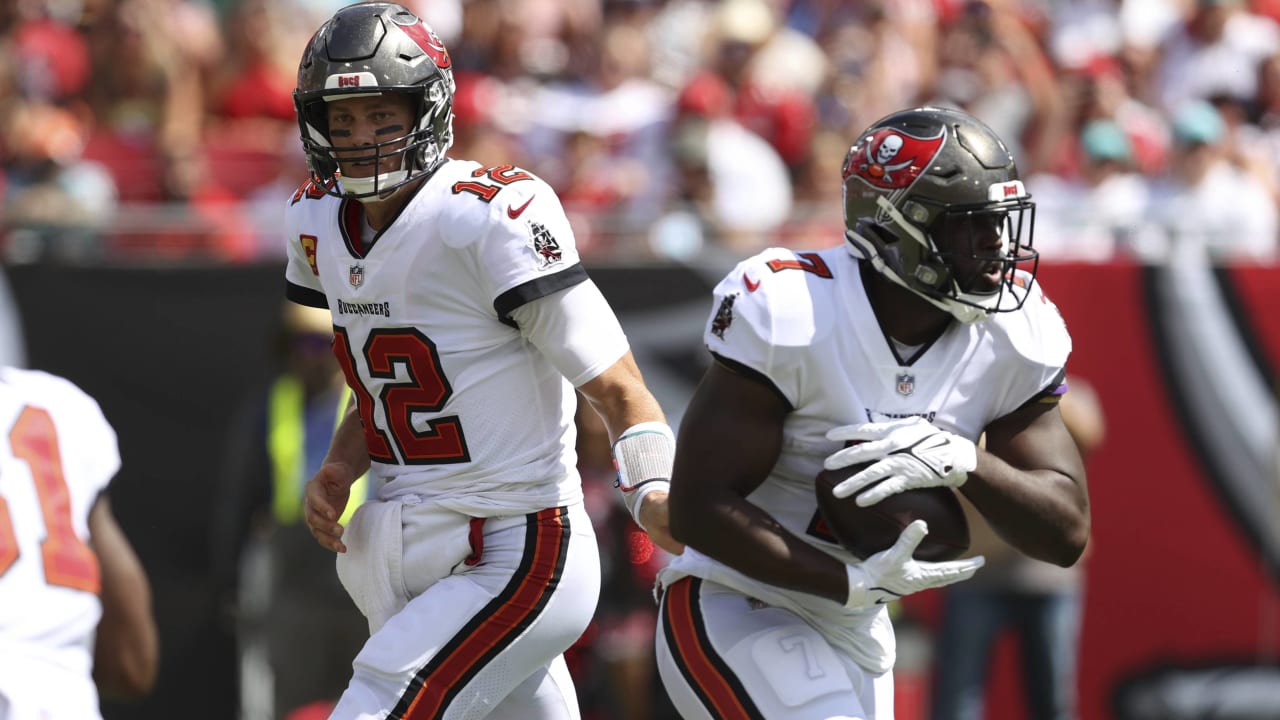 The Tampa Bay Buccaneers got back to their dominating ways, pillaging the Miami Dolphins for 558 total yards and 33 first downs in a 45-17 butt-kicking Sunday afternoon.

A week after Tom Brady was slowed down by Bill Belichick in a win in Foxborough, the G.O.A.T. unleashed fury on Brian Flores’ team. The 44-year-old threw for 411 yards and five passing TDs for the first time in his 22-year career.

Sunday’s blowout win underscored every which way the Bucs offense can win. Tampa scored on its first four possessions, with a lone missed 60-yard field goal attempt keeping them from a perfect first-half slate.

When Brady is humming like Sunday, there is no slowing the Tampa offense.

“We kind of got that monkey off our back,” running back Leonard Fournette said of bouncing back from the Week 4 performance, per Pewter Report. “It’s so funny that you say that. Prior to the third quarter Rich (Richard Sherman) came up to me and said, ‘Man, I’ve never been part of a team with so much talent.’ And I’m telling him like, and excuse my language, but this s— is different.

“At any time, you have multiple… what I can say? Hall Of Fame player. Pro Bowl players, all over the field. Not to mention that we’re missing Gronk, you know what I mean? This whole team as a unit, we can do a lot. We come out focused, put our minds together, understand the game plan and stay focused to the course.”

The WR corps is a dominant force with three players who could all be No. 1 wideouts in Mike Evans, Chris Godwin and Antonio Brown. Coach Bruce Arians said the trio puts defensives in a bind, with Brown feasting on lesser DBs. Brown went for 124 yards and two TDs on seven catches.

“When you got Chris and Mike, he gets the third guy,” Arians said. “That ain’t a fair fight. Now that he knows the offense and Byron’s (Leftwich) putting him in a position where he knows what he’s doing and can go really, really fast. Tom trusts him, so we like that matchup usually week-in, week-out. Now I’m sure it’s going to switch pretty soon and one of those other guys is going to feast.”

With Rob Gronkowski — one of Brady’s favorite targets, particularly in the red zone — unavailable, the running backs picked up the slack. Giovani Bernard caught a TD looking like TB12’s new James White, and Fournette gobbled up 110 scrimmage yards and a rushing score.

The best hope for opponents is to try to outscore the Bucs and hope Brady makes a mistake or three. Sunday, he didn’t, and Tampa romped.