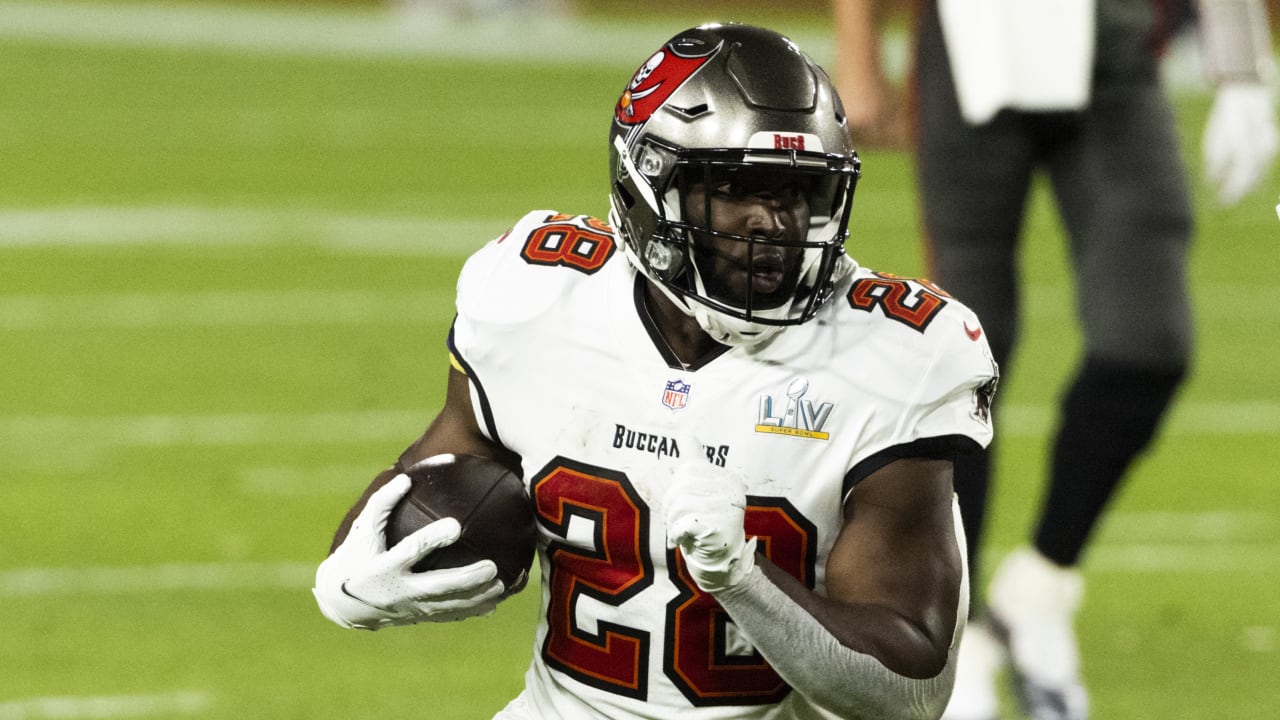 Leonard Fournette is one of the 22 Super Bowl starters back with the Buccaneers in 2021 as they attempt to go for two straight titles, but it wasn’t as simple as returning to the team that he helped win a ring.

Fournette learned plenty in 2020 — the value of a job in the NFL, his importance (or lack thereof) to his current team, and the importance of seizing opportunities when they arise — and that gave him a new perspective. When it came time to make a decision on what he’d do for 2021, less money with a team he understood ($4 million max on a one-year deal) and loved ended up being the best option.

“It was a difficult process. I knew what I deserved,” Fournette said Wednesday. “I believed in myself, and I just wanted to come back and enjoy myself. Instead of me coming and being the new face on the block, I came back to the team that I enjoyed my process with. I think me coming to this team kind of humbled me a lot, being around so much talent, and you’re so used to being that guy on the team. I think it just helped develop me as a better man, too. I could’ve went somewhere and got more money, but I think this is just the place right now.”

Fournette encountered what many other veterans discovered rather quickly in March: The free-agent market simply wouldn’t be nearly as lucrative in 2021 as it would be in a typical year that followed the salary cap’s steady increase. With the reduced cap affecting decisions made by every team in the NFL this spring, Fournette wasn’t going to cash in, so he decided to stick with what he knew.

“It made perfect sense to come back,” Fournette said. “Despite whatever the money was, I feel great. I’m happy to be back. They’re happy I’m back. I love this organization, I love the players, the coaches, and we’re just trying to run it back.”

Fournette also wasn’t exactly deserving of a significant payday. After a surprise cut left him without a team just before the start of the 2020 season, Fournette made a publicized move to another club in the state of Florida when he signed with the Bucs. Fournette became the latest big name to latch on with Tom Brady and Co., but his 2020 season was largely underwhelming.

Save for a 103-yard, two-touchdown outburst in Week 2, Fournette wasn’t much of a factor for most of the regular season. He’d lost his starting role to Ronald Jones and was a healthy scratch for three games, playing one total snap in another.

It was in these moments, Fournette said, when he realized what was at stake — and he had a new teammate who could relate in Antonio Brown﻿.

“I just tried to make a joke out of it,” Fournette explained. “I told him ‘this s— feel like Last Chance U.’ We can’t mess up. We’re on our second go-around, things like that, and he used to be like, ‘you know what, you’ve got to look at it like that. God doesn’t give too many chances, we have to take the best chance out of this’ and he was like, ‘you’re right, Leonard.’ I think those conversations carried me a long way throughout the season.”

A year prior, Fournette still existed as the Jaguars’ lead back, a former first-round pick whose fifth-year option was declined by Jakcsonville before the start of the 2020 season. Even though his Jags were struggling mightily, Fournette was still a name with an 1,152-yard rushing total in 2019 backing it up. Then, he was released and forced to accept and adjust to a new reality, one that included him losing reps to Jones and nearly fading into irrelevance.

“You gotta understand, from me being cut, from (Brown) being cut, I think the emotional side of it — you’ve been great your whole life, and all of a sudden it’s like stop, pause for a minute — that’s a big transition I think for great athletes and what they go through,” Fournette explained. “It could’ve messed me up bad, you know, but I didn’t let it. God was there throughout the whole way.”

We all know how the 2020 story ended for Fournette, of course, scoring in each of Tampa Bay’s playoff victories en route to a Super Bowl LV triumph. He wasn’t breaking records (other than the whole scoring a touchdown in each of the playoff games, an unmatched franchise feat), but he was more important to Tampa Bay’s chances than he’d been in the regular season. That late-blooming production and the sweet, lingering taste of victory made a return easier.

It doesn’t mean camp will be, though.

“Going into camp, we’ll have to compete. Nothing’s promised to anyone,” Fournette said. “I’ve been here before and I understand about competing. It’s just like college, you know what I mean? Just right now, we’re just training, getting our bodies right. Coming in, we’re going to have to start all over and compete for that starting job. It’s going to be a great one.”