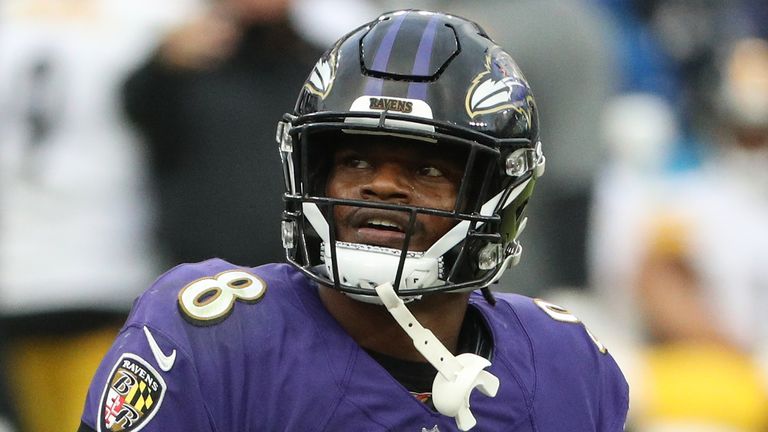 Baltimore Ravens quarterback Lamar Jackson has said teams are seemingly catching up with their record-breaking offence, saying opposition defences are calling out their plays at the line of scrimmage.

The Ravens rushed for an NFL-record 3,296 yards in 2019, becoming the first team since the 1978 New England Patriots to gain more than 3,000 yards on the ground. Jackson also set the single-season QB rushing record with 1,206 yards in his first full year as starter.

As is the way in the NFL, it seems as though defensive coordinators have spent the offseason studying ﻿Greg Roman’s offence and have caught up with it.

“They’re calling out our plays, stuff like that,” Jackson told The Rich Eisen Show. “They know what we’re doing. Sometimes stuff won’t go our way if they’re beating us to the punch.”

Eisen pressed Jackson as to whether he can hear defenders call out the Ravens’ plays at the line of scrimmage.

“Yeah, they definitely do,” Jackson said. “Like, ‘run’ and stuff like that. ‘Watch out for this, watch out for that.’ Sometimes that’s what’s going on.” Even with defences knowing some tells, the Ravens have scored 20-plus points for 31-straight games entering their Week 10 matchup versus the New England Patriots and Baltimore are still averaging 170.1 rushing yards per game – best in the NFL.

But it’s not the first time this season there has been talk of defenders knowing Ravens plays. After Baltimore lost to the Pittsburgh Steelers earlier this month, linebacker ﻿Alex Highsmith﻿ said he knew where Jackson wanted to go with the ball before a third-quarter interception. 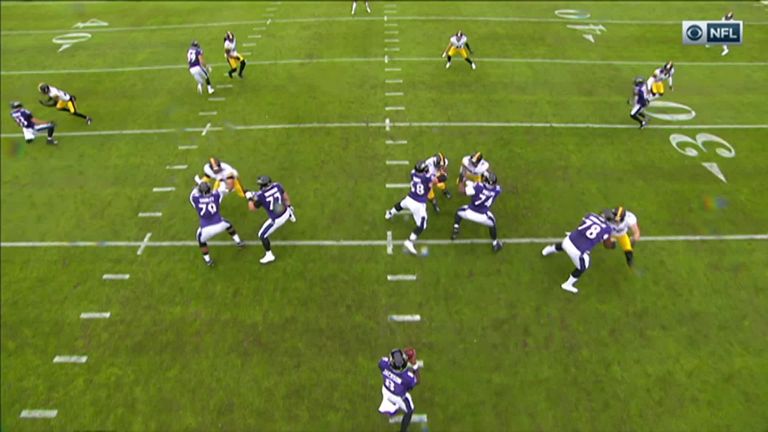 “I knew when that play started they were coming back to that because they ran the same play on the first half, and I didn’t drop deep enough,” Highsmith said at the time, via ESPN. “So I learned from that play and just dropped deeper; the ball just fell into my hands.”

At 6-2, Baltimore remain primed for a postseason bid despite the offense perhaps not being as potent as it was a year ago.

Watch the Baltimore Ravens at the New England Patriots, live on Sky Sports NFL from 1.20am on Monday morning.