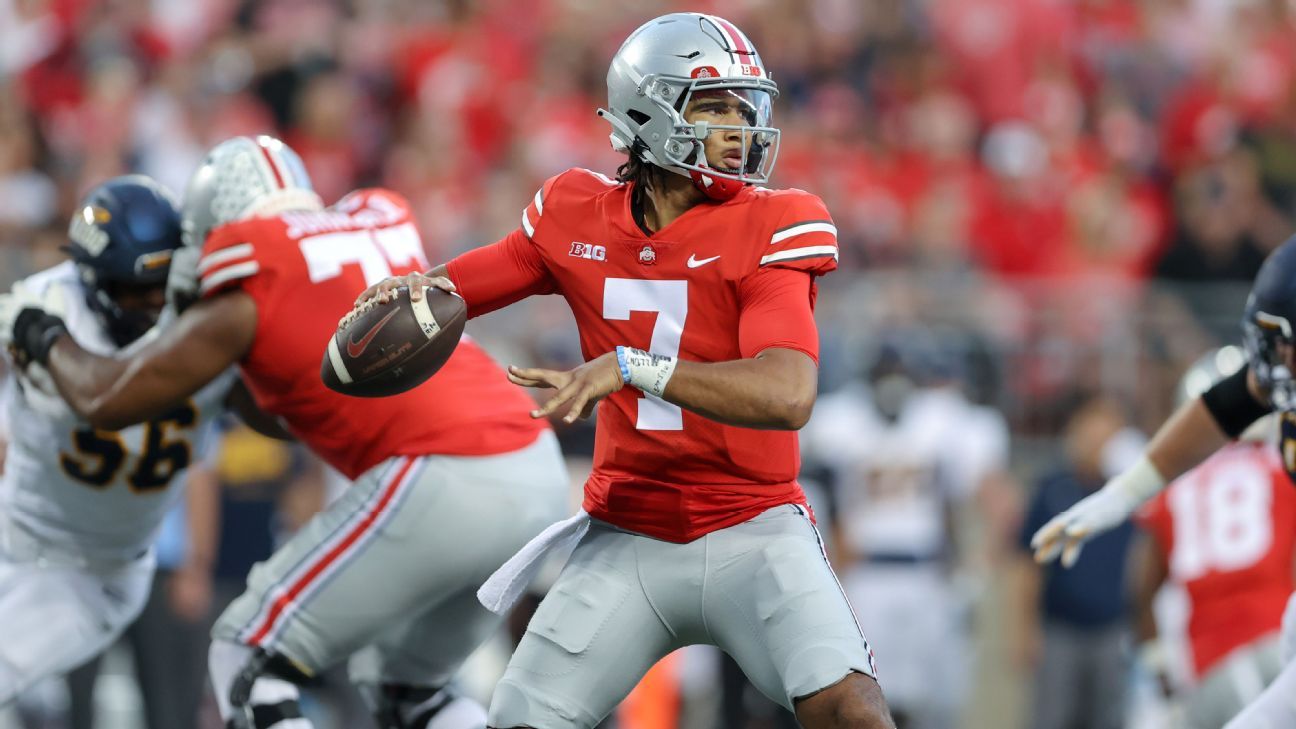 Mel Kiper has served as an NFL draft analyst for ESPN since 1984. He is a regular contributor on SportsCenter and ESPN Radio and writes weekly for ESPN Insider.

Three weeks into the college football season, we’ve gotten a chance to add three full games of evaluations for the top prospects in the 2023 NFL draft. There have been some great performances, some so-so games and a few clunkers from players who have a chance to go in Round 1 in April.

I did an early Big Board and position-by-position rankings back in May, and I updated my rankings before the season began, alongside fellow analysts Todd McShay, Jordan Reid and Matt Miller. We agree on a bunch of prospects, of course, but that will change as we get closer to the draft; it’s still so early in the process.

Let’s dig into my list of the top 25 prospects overall for the class of 2023, with the top 10 prospects at every position underneath. There’s no change at the top of the Big Board — Alabama edge rusher Will Anderson Jr. has a chance to go wire to wire as the No. 1 prospect — but there is a new No. 2 prospect, along with tweaks at the top of my quarterback rankings. Again, it’s early, but there’s a legitimate battle for QB1 in this class.

Two notes on these rankings:

Let’s start with Anderson, and I’ll tell you what I like about him:

Anderson is a dominant edge rusher who might have been the No. 1 overall pick last April if he had been eligible for the draft. He’s that good. He doesn’t take plays off, is versatile and plays the run well. He’s explosive off the line of scrimmage. Anderson has 26.5 sacks in 31 career games over the past three seasons. Nick Saban & Co. use him as a stand-up outside linebacker, as a down defensive end and even at tackle, where he can blow up guards and centers at the snap. His 79 pressures and 17.5 sacks led the FBS last season. Anderson is a fantastic prospect, one of the best edge rushers I’ve scouted in the past decade.