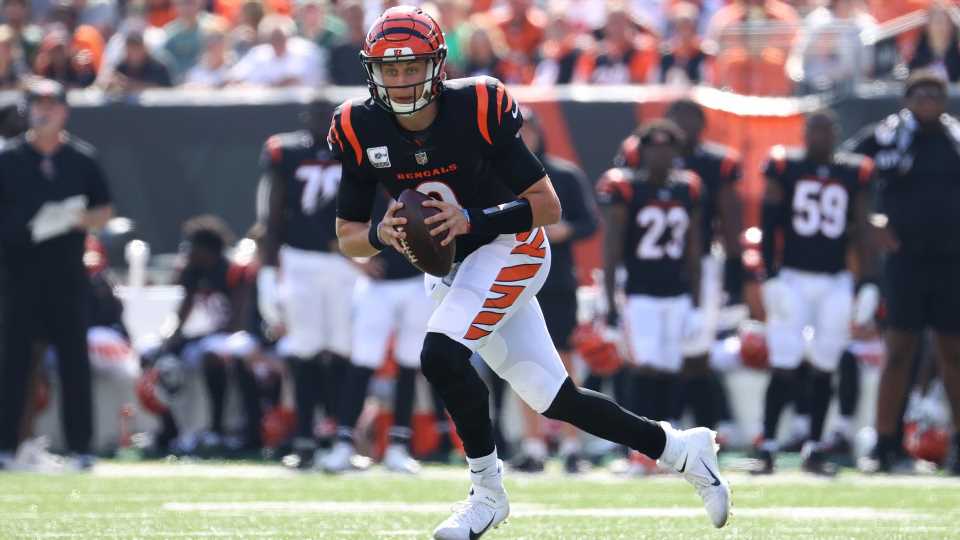 Joe Burrow came out of the Bengals’ 25-22 overtime loss against the Packers banged up. And it appears that the team is taking every precaution to make sure their franchise quarterback is OK.

The Bengals announced via team spokesperson that Burrow was taken to a local hospital after the game after suffering a throat contusion.

The team didn’t provide any additional information on Burrow’s condition in the immediate aftermath of the game.

It’s unclear exactly when Burrow suffered this injury. He was briefly down on the field after being hit on a third-down scramble in the first half. However, he didn’t miss any of the team’s 65 snaps during the contest and showed no ill effects from that hit. He completed 26 of 38 passes for 381 yards, two touchdowns and two interceptions during the game.

It’s also unclear whether this injury will have an impact on Burrow’s availability moving forward. Brandon Allen is the Bengals’ backup; he started five games for Cincinnati last season and posted a 1-5 record.

More information will be added to this report as it becomes available.