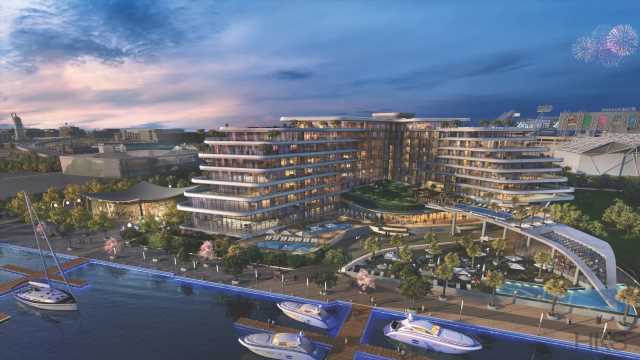 As the dawn of a new era nears in Duval County, the Jaguars have announced renovation plans that will extend well beyond the confines of TIAA Field.

Jacksonville, with the support of its affiliated real estate development entity of Iguana Investments, unveiled on Thursday a two-phased, multi-million dollar development project intended to enhance the downtown area and team facilities.

With an expected cost of $441 million, Phase 1 will feature the construction of a stand-alone football facility, Four Seasons Hotel and Residences, a Class A office building and improvements to the city-owned marina and public spaces. Phase 2 will include the establishment of an orthopedic sports medicine complex; the team declined to list the cost.

“My goal is for Downtown Jacksonville to be the envy of cities here in the U.S. and elsewhere, and I see no reason why we can’t achieve that goal,” Jaguars owner Shad Khan said in a statement. “I am confident we have the local leadership, spirit and commitment to revitalize Downtown Jacksonville in a manner that will make the world take notice while also serving the needs of the community and the people who make Jacksonville their home.”

With an anticipated opening of summer 2023, the new performance center, which new coach Urban Meyer has previously expressed a strong desire in, will allow the team to make further renovations to its stadium to provide a better experience for the players, staff and fans.

According to the club, the proposed 125,000-square-foot facility will include “locker rooms, team and positional meeting rooms, training and recovery areas, medical support facilities, a state-of-the-art weight room, dining facilities, coaches and scouts’ offices, a draft room and public meeting space. Additionally, there will be two full-size grass practice fields and a full-size indoor practice field.”

Along with signing a long-term lease, the club will contribute 50 percent of the cost, which is set to come in at $60 million.

“Shad is making a big bet on our future,” Jaguars president Mark Lamping said. “So, this is a big plan. Working together, we can make this happen.”

More information on the project can be found here.

A transformational moment for the City of Jacksonville and the @Jaguars. #OwnIt pic.twitter.com/v3nql0EHK5