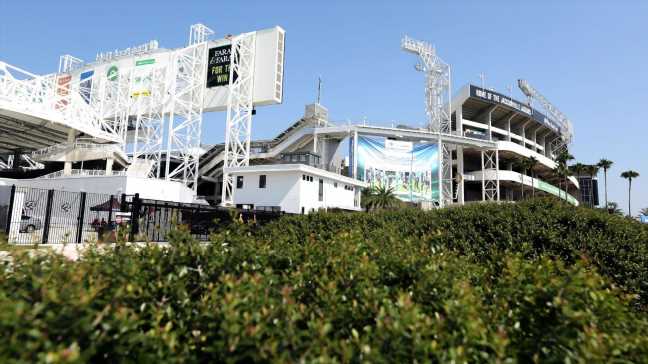 JACKSONVILLE, Fla. — The Jacksonville Jaguars and owner Shad Khan are proposing a plan for a development project around TIAA Bank Field that would include the stand-alone football facility desired by coach Urban Meyer.

The cost for the two-phase project would be more than $441 million, with Khan paying for half of the $120 million football facility. The Jaguars hope the project is the first step in what they are calling the Stadium of the Future for Jaguars fans, meaning eventual significant renovations — or possibly even a brand-new one — within the next decade.

“Shad is making a big bet on our future,” Jaguars president Mark Lamping said in a statement. “So, this is a big plan. Working together, we can make this happen.”

Although the team hopes construction could begin by the end of the year, the proposal still must gain approval from multiple city committees as well as the city council. Khan had been the driving force of a previous $450 million project proposal similar to the new proposal (sans practice facility) in another area adjacent to the stadium, but the city council failed to reach a majority vote this past January and the project was shelved.

Meyer has been vocal about his desire for a new football facility because he believes the team’s current setup — in which everything is contained in the bowels of TIAA Bank Field — is inadequate.

The proposed 125,000-square-foot facility would be constructed outside the north end of the stadium and would include locker rooms, meeting rooms, training and recovery areas, medical support facilities, a weight room, dining areas and offices. It would also include public viewing stands, restrooms, concession areas, a retail store and a public meeting space.

The proposal said that the team would sign a long-term lease of the facility and that the team — not the city — would be responsible for ongoing maintenance and operational costs.

The team and its affiliated real estate development company hope construction could begin by the end of the year and be completed in 2023.

Having a separate facility outside the stadium would allow the team to continue its normal operations while work is done on the city-owned stadium, the team said in its release. The team has been laying the groundwork for significant work to the city-owned stadium but did not release a proposal for potential renovations or construction to the stadium or whether Khan would be willing to contribute any money to that project.

Among the other items in Phase 1 of the proposal would be a Four Seasons hotel and residences, office space and renovations to the city-owned marina. The team said total cost for Phase 1 would be $441 million.

Phase 2 includes an orthopedic sports medicine complex, retail space and a parking structure. No cost was listed for Phase 2.

“My goal is for downtown Jacksonville to be the envy of cities here in the U.S. and elsewhere, and I see no reason why we can’t achieve that goal,” Khan said in a statement. “I am confident we have the local leadership, spirit and commitment to revitalize downtown Jacksonville in a manner that will make the world take notice while also serving the needs of the community and the people who make Jacksonville their home.”